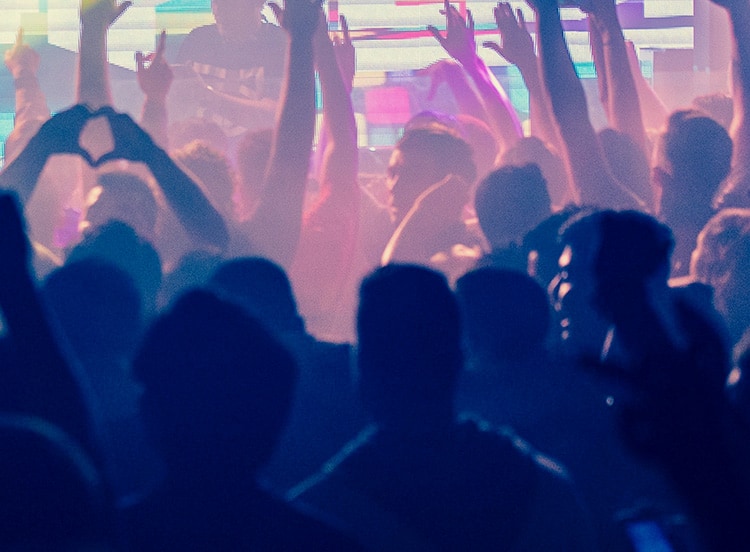 From day one, hip-hop has been built on a foundation of competition, unique in the music world. Much like boxing was elevated through the Ali-Frazier head-to-head and the golden age of the NBA was defined by the Chicago Bulls squaring off against arch rivals the New York Knicks, hip-hop thrives when artists butt heads creatively. Some of the best music of the 2000s came from the bad blood and competitive spirit between JAY-Z and Nas.

More recently, back and forth between Drake and Meek Mill, and Future and Young Thug respectively, has led to both better music from all parties involved and bitter online feuds. But as long as the beef doesn’t spill over into actual violence, everyone wins. Public profiles and music sales increase. The bottom line is that beef is good for business.

But when rap rivalries come to Christian hip-hop, the issue becomes more complex. In a beef that’s both much more polite and much more ideologically driven, artists from multiple camps are now battling it out on songs, interviews and in social media about what the genre is, and who it’s for.

NEW SPARKS ON THE SACRED/SECULAR DEBATE

The contention within Christian hip-hop (under the hashtag abbreviation CHH on Twitter) community of how to present Christianity within music can be traced back at least 25 years, to when fans and fellow artists tended to align with either Cross Movement, a group who claimed to “rap the Gospel,” almost exclusively at shows held in churches and on CDs sold in Christian book stores, or Tunnel Rats, an LA crew whose music took plotted a more mainstream course.

The former camp were highly concerned with packing as much theological and biblical knowledge into each song as possible, while the latter adopted the strategy of reaching hip-hop culture by fitting into it, and there’s more great Christian-focused hip-hop being made, which will appeal to more fans, than at any point in the genre’s history.

Today, the two camps still exists, with Christians-who-rap including Lecrae, Gawvi, Andy Mineo and others who have crossed over to mainstream acclaim and fandom, with the latter camp, including Shai Linne, Jackie Hill Perry, Bizzle, Da T.R.U.T.H. make music steeped in more overtly theological topics. Of course, those are two generalizations. Most of these artists have a foot in both camps, and lean one way or another. Still, it’s not hard to spot some dividing line at times.

New heat was added to the question when Shai Linne released a track entitled “Random Thoughts 3,” which seemed to take shots at Lecrae and his label Reach Records. That suspicion was confirmed after an interview with CHH personality DJ Wade-O and when Linne retweeted an article from Truth and Fire entitled “We Lost Another One: Bye Lecrae” going as far as to question Lecrae’s salvation. (He has since deleted the retweet and apologized, but seems to be unchanged on his criticism of Reach and Lecrae. Linne, and several other members of the “Theological CHH” camp were unresponsive when contacted for a quote for this story).

A TRACK ANSWERS BACK

Southern California rapper Ruslan responded via a song posted to Soundcloud, expressing disappointment in Shai Linne and questioning whether Linne was engaging in a publicity stunt, a la 50 Cent propping up his failing music career with beef with boxer Floyd Mayweather.

According to Ruslan, he recorded to point out the irony of the situation.

“The first line I wrote was ‘When you make music and assume about how things seem we both end up looking like fools,’” Ruslan shared with via phone conversation (listen to the entire conversation here for a deep dive). “If you listen to everything past the three minute mark, I’m actually saying the things I wanted to say to him, like you could have been a big brother [to this generation of Christian rappers]. You have a lot of value and insight, but let’s not get it twisted.”

According to Ruslan, if Linne wants to be critical of other Christian rappers publicly, he shouldn’t be surprised that rebuttals will be public as well. “In all this, I’ve had two diss tracks made against me, and I thought they were fantastic,” he says. “I called the artists, and we had really good conversations.” Ruslan shared with me that artists and record label employees from every corner of Christian hip-hop reached out privately to show appreciation for the song.

Although Reach Records and label head Lecrae were the initial targets of Linne’s criticism, there’s been no official response from either the rapper or the label. However, former Reach artist Derek Minor addressed the topic last week at The Legacy Conference in Chicago, Illinois. “We have forgotten the mission,” Minor stated from a stage where he was performing. “Rapper that’s a Christian and Christian rapper. Because before my art means anything, my brothers matter.”

In other parts of the community, voices have been more critical of one side or the other. In their July 23rd episode, The Trackstarz Podcast claimed theological rap was never as much about the Gospel as it’s creators and fans claim. “When [Cross Movement] was really in it’s hey day, it was ‘I’m proud of being a Christian … The problem I see with that is most of the songs were ‘you’re not rapping the right way, I’m rapping the right way.’ Or ‘worldly rapper you’re a bad person, and I’m a good person.’ Talking about what you’re supposed to do is not the same as doing what you’re supposed to do.”

Rapper KJ-52, who was name-checked on Ruslan’s track, shared on his own podcast that this argument is far from new. “This is going to sound like old man talk, but I’ve seen this all the way back in the mid 90’s when I first started. None of this ever deescalates to a pretty place. It usually escalates to a critical mass.”

In many ways, the debate is a microcosm of a larger tension between topical and expository preaching, and even between seeker friendly and more tradition focused churches. It’s not hard to draw a dotted line between #CHHBeef conversations and John Piper’s infamous “Farewell Rob Bell” tweet, that he sent out in response to Love Wins.

But as a fan, I have to wonder how many labels I can wear that run contrary to the Theological Rap camp, before I am no longer welcome to participate in the community. On a 2013 Shai LInne song “Fal$e Teacher$,” Joyce Meyer, Joel Olsteen and TD Jakes are among a dozen Christian leaders dissed on the track. There’s no single theological thread that connects all these names, save for the fact that they’re not in the Neo-Calvanists vein. Which brings up the question of exactly how Linne and other rappers who hold a strict line plan to reach non-Christians, when there’s not room at the table for fellow believers.

Amid all the flurry, articles, tracks, rebuttal tracks, podcasts and discussion that have popped up to address the #CHHbeef phenomenon (which is barely two weeks old), perhaps the most important point is consistently missed. CHH may be Christian, but it’s also hip-hop, a performance art. As long as the disagreements can be argued over with a certain level of mutual respect and decorum (which Ruslan’s latest proves can be done, even in diss tracks), it’s possible for debate and competition to elevate, rather than tear down, faith based hip-hop.

Instead of than tying to squash #CHHBeef, maybe it’s time to call the rest of the thought leaders in American Christianity the standard of to debating and disagreeing in public, while still maintaining a general sense of unity. And if they don’t know how to do that … well, I’ve got some hip-hop songs they probably need to listen to.

Study: 9% of Protestant Churches Have Had Money Embezzled From Them

Pandora Has Seen a 111 Percent Rise in the Demand for ‘Happy’ Music Since 2020, For Some Reason