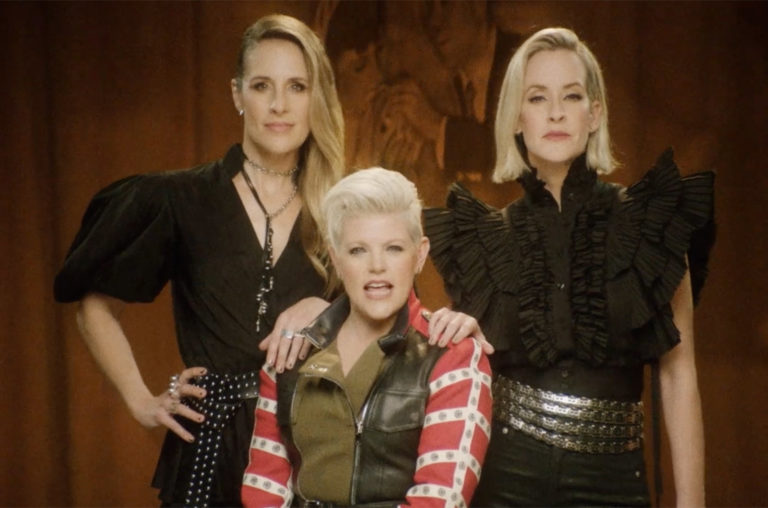 The Dixie Chicks haven’t made any new music together since 2006, but their legacy has loomed large over a music industry grappling with the reality of misogyny and a nation facing stark facts about the Iraq War — two subjects Martie Erwin Maguire, Emily Erwin Robison and Natalie Maines were ostracized for addressing during their heyday. The Dixie Chicks were canceled before we had a word for it, but they’ve stuck together long enough to see many of their sternest critics admit that the trio at least made some good points.

Now they’re back, and they’ve brought a secret weapon — white-hot producer Jack Antonoff, the man who understands pop music better than just about anyone in 2020. Country music may not be your thing — it’s not necessarily RELEVANT’s thing either — but we know an irresistible melody when we hear it, and the three ladies haven’t lost a stitch of their gift for harmony over the years.

The Dixie Chicks were always more country-influenced than straight-up Country anyway, and they ran so acts like Taylor Swift and Kasey Musgraves could fly. But Swift and Musgraves would be the first to tell you that Dixie Chicks did it best.

As usual, the ladies’ sharpest instincts are for lyrics, where they take no enemies on a blistering takedown of a no-good, two-timing heartbreaker trying to gaslight his way back into the Dixie Chicks’ good graces. There’s plenty of online speculation about the true identity of this song’s target, but it’ll ring true for any woman who’s ever been made to feel like she’s the crazy one, whether that manipulation is coming from a bad boyfriend, an authority figure, an internet troll or even just a broader societal message. It’s a great song.

The full album Gaslighter will release on May 1. If this is indicative of how the whole thing will sound, we’re in for a treat.