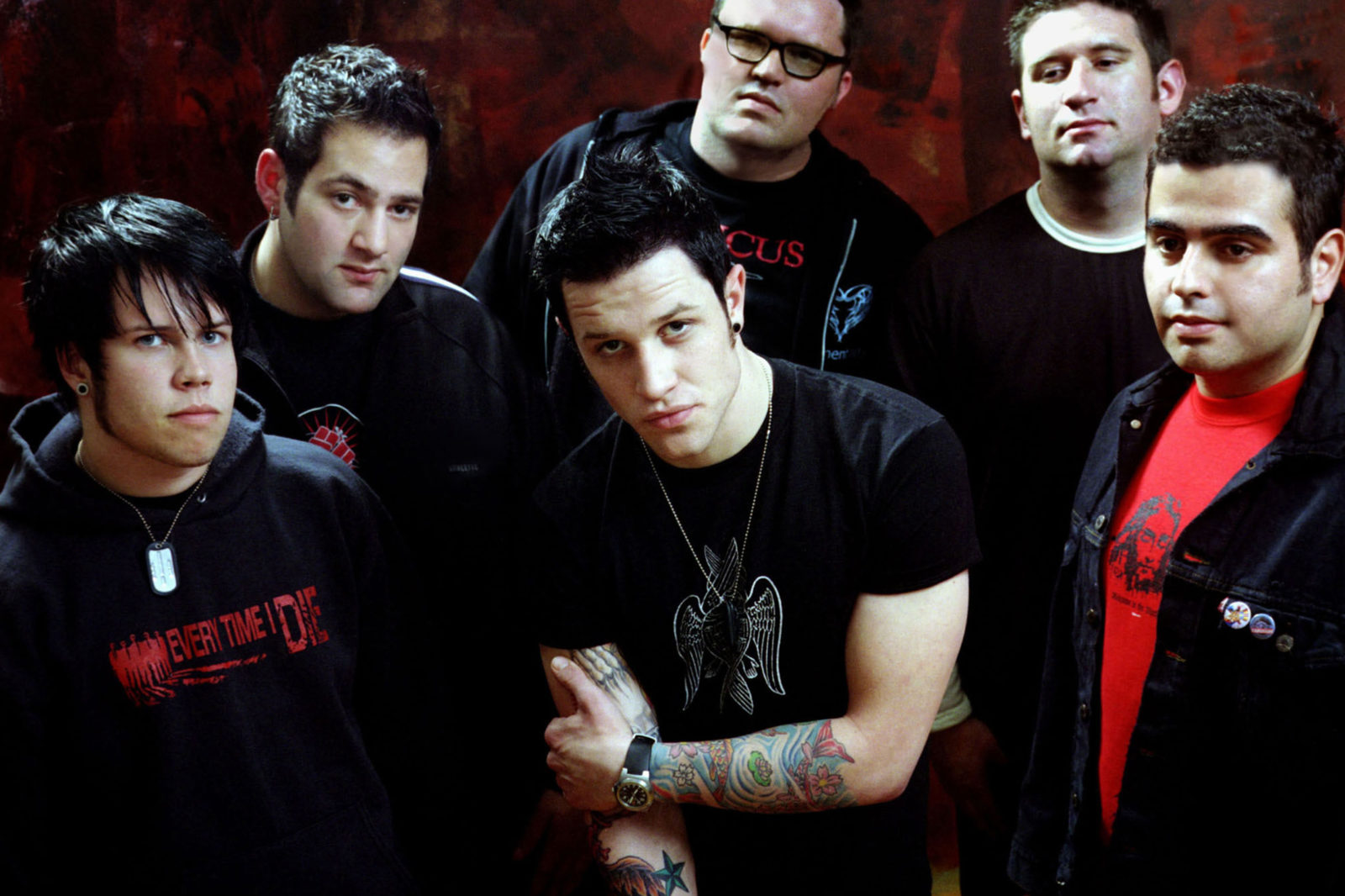 Federal Funding for Planned Parenthood Actually Went Up Under Trump

Starting around 2000, when most of the world was getting into the Strokes and the White Stripes, there was a short-lived but fascinating collective of indie Christian rock bands whose fanbase was limited to the church crowd and people who felt like they should go to church but usually didn’t. These bands were varying degrees of Christian—sometimes it was just assumed they were Christian because they never said anything explicitly to the contrary—but they were nevertheless embraced by campus ministries and edgy high schoolers who had grown beyond Point of Grace. There were tons of these bands and it’d be all but impossible rank them … for anyone but us.

Like a lot of bands on this list, House of Heroes started out as a pop punk outfit along the lines of Green Day and MxPx. Unlike a lot of bands on this list, the band abandoned the pop punk thing before it could be used to embarrass them, reorganizing a Weezer-infused rock and roll band. The aesthetic served them well, particularly on 2008’s The End Is Not the End, which marked the band’s biggest commercial and critical success.

This was a good band for Christian kids who wanted to be “rebellious” without getting kicked out of youth group. Plankeye was a punk band, no two ways about it, but fretting parents would have a hard time finding anything overtly objectionable about them. Besides, there was a biblical reference right there in the name!

Copeland’s debut album Beneath Medicine Tree dropped at the peak of the “sad white boys with asymmetrical haircuts” craze and they took to it like fish to water, on the strength of the band’s ear for sad, pretty melodies and an ’80s pop vibe, which they were doing before it was cool. Copeland also had a lot of nice songs about their moms, which went a long ways toward making strict parents cool with listening to Copeland.

Things got significantly more operatic and melodramatic with 2005’s In Motion, which utilized some wonky, Beirut-esque influences to mostly solid effect. The band went on an indefinite hiatus after 2008’s You Are My Sunshine, but got back together in 2014.

Daniel Smith’s senior project at Rutgers was an album called A Prayer for Every Hour, which doubled as the debut album from he and his siblings, who took to calling themselves the Danielson Famile. They’ve been described as “Captain Beefheart’s Magic Band joined by the Partridge Family at some roadside revival along the New Jersey turnpike,” and you couldn’t ask for a better summary. The band, which was known as various points throughout its existence as just “Danielson,” was notable for taking the early ’00s folk revival into much more inventive, eccentric territories. They also hired some weird kid named Sufjan Stevens to pitch in on the drums and encouraged him to start recording some of the songs he was writing. He struck out on his own and nobody ever heard from him again.

In 2000, Juliana Theory was great. They were the band of choice for a certain segment of high schoolers who sat in the corner during gym class scribbling Taking Back Sunday lyrics on their Chuck Taylors. Emotion Is Dead Juliana Theory’s 2000 album is called, but you wouldn’t know it from listening to the songs, which displayed the sort of immensely cracking, overwrought emotion that made your 15-year-old heart feel alive for the very first time. “To the Tune of 5000 Screaming Children” was what you moshed to if you were too cool for youth group but still liked to read C.S. Lewis and “We’re On Top of the World” probably soundtracked a lot of first kisses at church summer camp.

Hey, what gives with the rest of the Further Seems Forever band? They couldn’t keep a lead singer around to save their career, which is probably why it’s has been so fraught with drama. The band kicked things off with The Moon Is Down, the prettily screamy 2001 debut that showcased a vocal-shredding performance from a then-unknown Chris Carrabba. Carrabba left afterwords to start a band you definitely know about if you’re reading this list, and FSF replaced him with Jason Gleason. It was with Gleason that Further released 2003’s How to Start a Fire, which wielded immense influence in the post-hardcore scene and holds up beautifully today, with complex, math-y arrangements supporting Gleason’s fist-pumping performance. It launched the band to new highs, which turned out to be just the sign Gleason needed to make his exit.

Sadly, things went downhill pretty rapidly from there, with the revolving door of frontmen finally taking a toll on the rest of the band. But they cast a shadow much longer than their relatively few glory days might suggest.

Anberlin came towards the end of the post-hardcore wave, but they kept the movement alive longer than it had any right to, owing to their impressive gifts. They melded the earnest, heart-on-your-sleeve stylings of emo with a palatable pop-rock spirit that expanded their influence far beyond the Hot Topic crowd. 2005’s Never Take Friendship Personal is quite an album, bursting with just the sort of fresh ideas and whip-smart production that could make a band like Anberlin stand out from the growing glut of their similarly shaggy-headed imitators. The band only recently called it quits, capping off an impressive string of albums with a world tour and a sold-out show in New York City.

“Mutisensory Aesthetic Experience.” That’s what Mae (M.A.E.) stands for and if that sounds a little bit heady, then you’re starting to get the idea of what Mae was all about. From the get-go, with 2003’s Destination: Beautiful, it was clear that this was a hugely ambitious bunch. They were somewhere between Jimmy Eat World and U2, with syrupy sweet melodies married to grand production that seemed more appropriate for stadium arenas than the beer-soaked clubs and Warped Tour spots the band thrived on. 2005’s Everglow fully realized the band’s designs, an epic concept album with theatrical pianos, soaring narratives and ballads that wouldn’t sound out of place being sung by a Disney princess (and that is absolutely a compliment). It holds up wonderfully.

Hillsong UNITED Has Released an EP of ‘Recovered’ Songs: ‘In the Meantime’

David Bazan. Among modern musicians, perhaps no artist has had a more public, compelling, honest spiritual journey. Throughout most of his early career as Pedro the Lion, he seemed to cling to his faith with a sort of desperation, as if he was worried it would slip away. But he was also far more aware and outspoken about hypocrisy in evangelicalism, and he skewered it ruthlessly in his songwriting, most effectively on 2000’s brutal and unquestionably brilliant Winners Never Quit.

Bazan has since renounced Christianity (he went into the whole story with great detail on his solo project, 2009’s Curse Your Branches) and as such, the entirety of his career remains a fascinating testament to an artist whose ongoing spiritual journey has been crystalized for his small but devoted community of die-hard fans. Of all the artists who sing with great vulnerability about their faith and doubt, perhaps few are more relatable than Pedro the Lion.

By contrast, mewithoutYou wasn’t relatable at all. Aaron Weiss’ lyrics are often wholly inscrutable, drawing from pagan mythology, Sufi folklore, his own struggles with depression and suicide, and the Bible in equal measure to occasionally baffling degree. It’s weird. It’s confounding. It’s amazing.

The band may have started out in the hardcore scene alongside the likes of Norma Jean, but they were never really of it. Each subsequent album found them leaning more into the eccentric, acoustic stylings of bands like Neutral Milk Hotel while never forsaking a punky, Sunny Day Real Estate-like energy. 2004’s Catch for Us the Foxes had an apocalyptic feel, with a wailing urgency on songs like “Torches Together” and the wonderful “Tie Me Up! Untie Me!” But Brother Sister is the band’s true opus, in which all its various strands and oddities are married in astonishing harmony, the songs linked by a creeping, lovely spider motif. The whole thing sounded like it grew out of the soil, wild and weird and crawling with life and dirt. It sounded like nothing else out there, which made it sound timeless, in its way. MewithoutYou wasn’t just the best Christian indie band of the decade, they were one of the better bands making music, period.