Asked and answered. On Sunday, an unnamed source went to OK! Magazine to spin their beliefs that Justin Bieber was angling to become the next Hillsong pastor. While that wouldn’t be the weirdest thing to happen to either Bieber or Hillsong, it was hard not to feel a little skeptical about the news. Justin Bieber has a fairly lucrative career going on right now, as you may be aware. The pulpit would be quite the pivot.

And it’s not happening. Bieber took to Instagram last night to clear up some of the rumors. “I’m not studying to be a minister or anything even close to that,” he said. “Have no desire for that, this is fake news.”

“And btw, Hillsong is not my church,” Bieber continued. “For clarity, I am part of Churchome.” 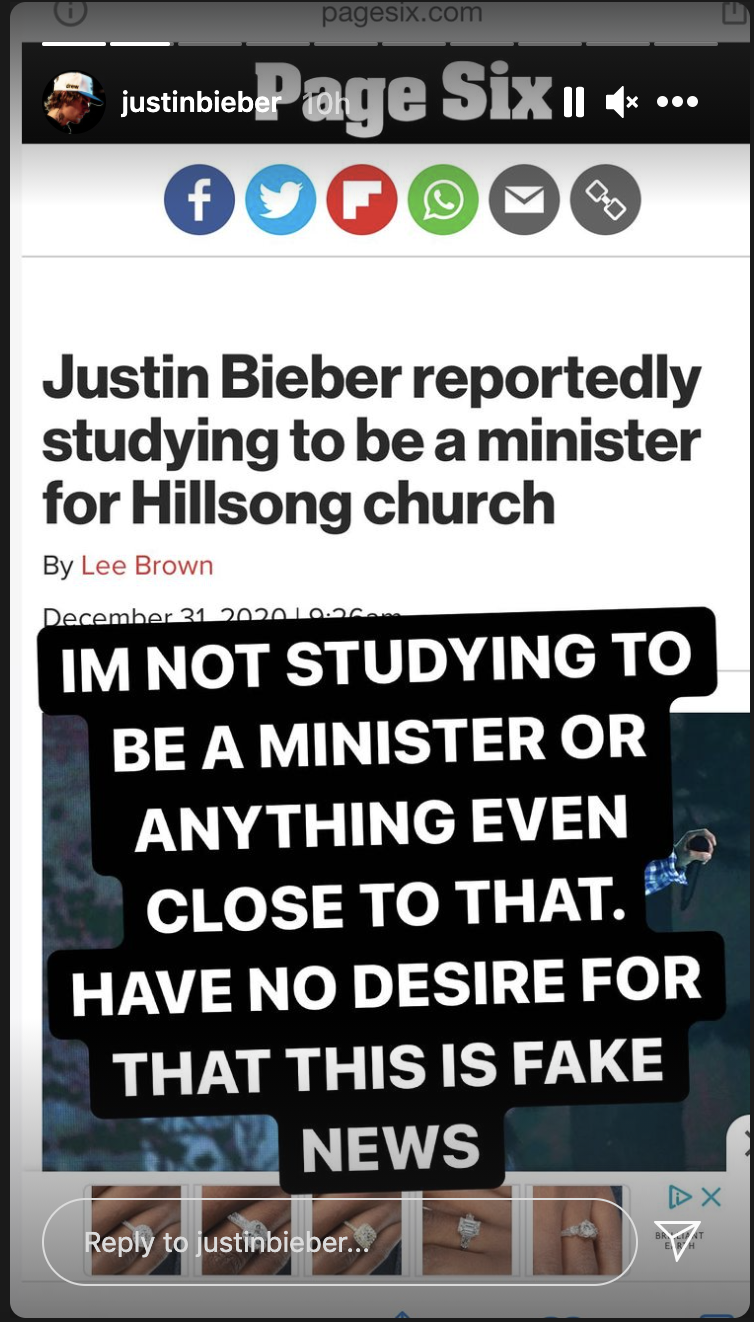 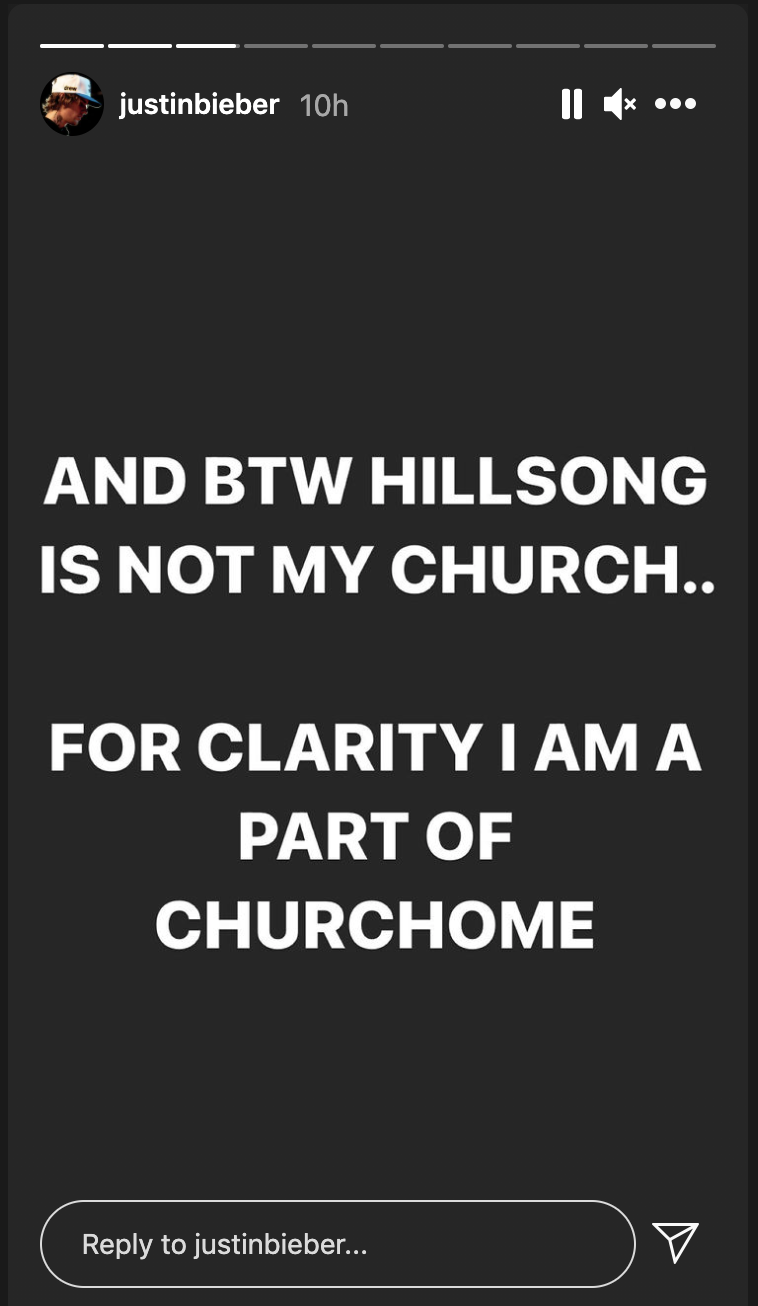 Churchome is pastored by Judah and Chelsea Smith, who took their church community digital back before it was cool/necessary with a robust online setup that not only delivers sermon videos and music, but acts as a whole social media ecosystem, networking church “goers” with similar interests, connecting people to volunteer opportunities and organizing small groups. There’s even a “foyer” for pre-service chitchat.

Bieber has attended Hillsong Church here and there in the past and was once close with former Hillsong NYC pastor Carl Lentz, though the two reportedly had some sort of falling out that pre-dated Lentz’s ouster from the church he co-founded. Lentz’s past few months of scandal — which include marital infidelity and allegations of multiple affairs — have led to wide-reaching independent investigation of Hillsong NYC.

Bieber’s got plenty going on without studying to become a man of the cloth. He and Chance the Rapper recently released “Holy,” which kicked off his self-described “new era.” You can check out the new era below.