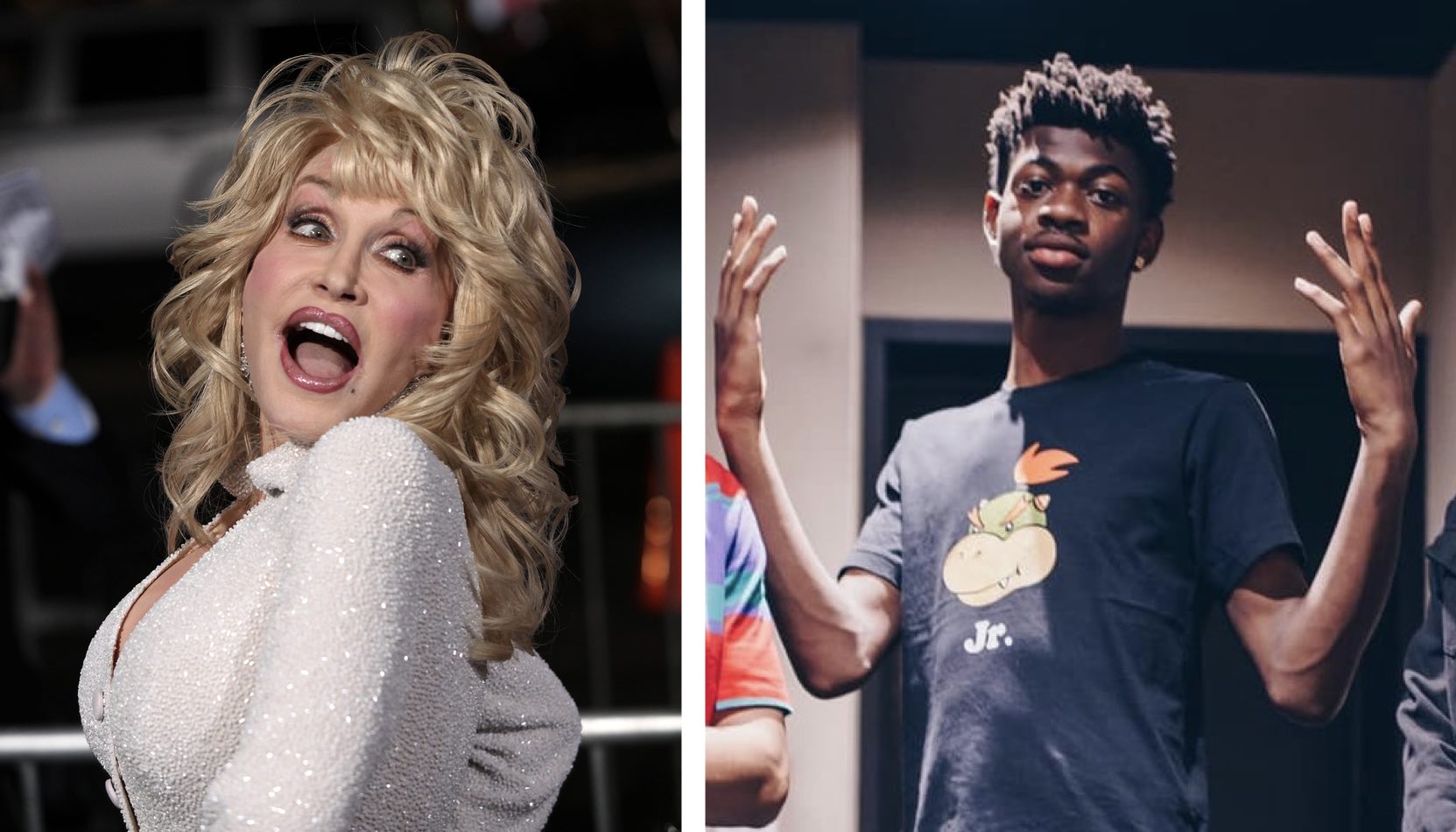 Every piece of news about “Old Town Road” feels piped in from a different timeline in which things are going well. Lil Nas X’s undisputed song of the summer has rocketed out of obscurity and overcome the stuffy country music gatekeepers to become a true rags to riches story, even acquiring an unlikely band of allies along the way like Billy Ray Cyrus, Chris Rock, Vince Staples and “yodel kid” Mason Ramsey. And now, it’s looking like “Old Town Road” may have picked up its most powerful supporter yet: country music legend and all-time American hero Dolly Parton herself.

It started after Lil Nas X released his second “Old Town Road” remix, featuring guest verses from Young Thug and Ramsey. This, apparently, kicks off what will hopefully be a long and happy series of remixes with new and unexpected pals (and crazy music videos). Lil Nas X tweeted his dream guests for the next go-round shortly thereafter.

y’all think i can get dolly parton and megan thee stallion on a old town road remix?

A lofty goal. Megan Thee Stallion is a good get for any young rapper looking to make a name for themselves in the industry but Dolly Parton is a peerless icon, a notorious bookworm, one of the most charitable people alive and as legendary as the living get. Would she descend from her Smoky Mountain castle to drop the most fire verse of the new millennium on an Old Town Road remix? Reader, she would.

For those not in the know, Lil Nas X has been assigning each of his guests

different horses for their collaboration cover art. Billy Ray Cyrus got a handsome chestnut stallion to Lil Nas X’s black steed, Ramsey got a white pony and Young Thug got a green horse for some reason. But Dolly picks her own horse, thank you very much, and you couldn’t do better than a pink mare with an iconic Dolly ‘do.

Now we just have to wait and see what the pair come up with, and maybe dream about future collabs. Now that both Billy Ray and Dolly have worked with Lil Nas X, it seems like only a matter of time until their daughter and goddaughter, respectively, Miley Ray Cyrus shows up too, but why stop there? The Dixie Chicks? Jack White? Beyonce? (Never forget “Daddy Lessons” was the best country song of 2016). In keeping with the “saddle up your hoses” theme, dare we hope for Nashville icon Steven Curtis Chapman? Dream big, Lil Nas X. We’re trying to get back to your timeline here.