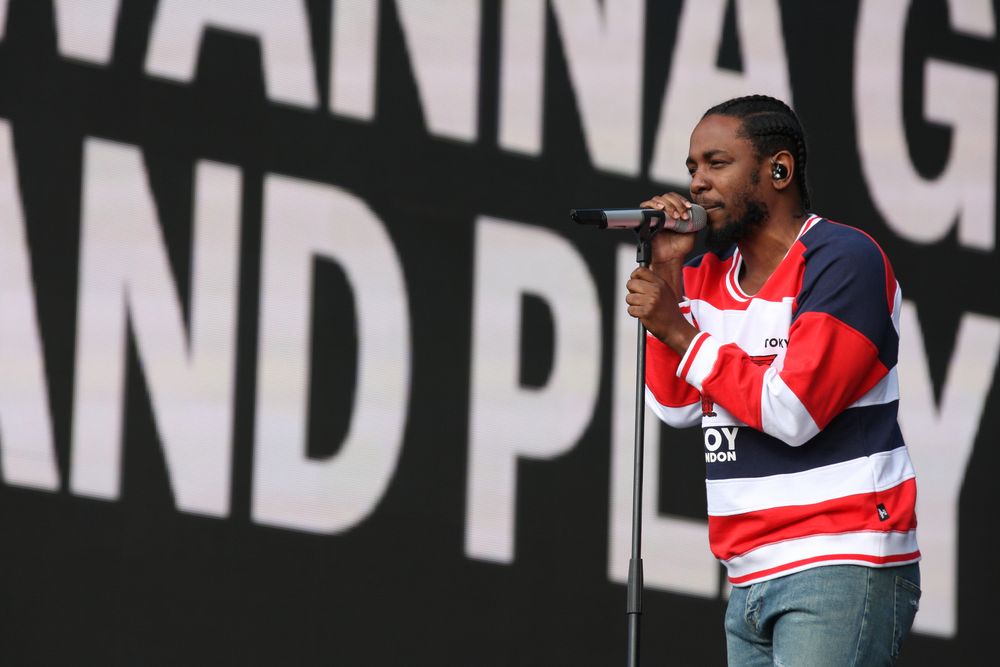 Look upon his works, ye mighty, and despair. Kendrick Lamar has returned with his fourth proper album, and early reactions suggest that it won’t do anything to hush the chatter about his being the best rapper in the game.

The album is called D-MN and it’s got an explicit lyrics sticker, so you won’t be picking it up at Lifeway. Nevertheless, the album is rife with the sort of theological musings that have always made Kendrick’s music so fascinating.

Hardly a song goes by in which Kendrick isn’t wrestling with God like Jacob in the wilderness. The album’s song titles are one-word declarations of theme: “Humble.” “Pride.” “Blood.” “God.” “Fear.”

But the song titles are a bit twisty.

While “Humble” finds Kendrick brashly declaring his own greatness, “Pride” shows him meditating on his need humility. “God” finds Kendrick declaring his own faux-divinity as a rap god, while “Fear” finds him turning to God and confessing his insecurities. One theme that pops up repeatedly throughout the album is Kendrick mourning the loss of his grandmother and wondering, with her gone, if anyone’s praying for him anymore.

Kendrick’s always been intrigued by the contradictions in his life. Good Kid, M.A.A.D City was about growing up in Compton, and Kendrick feeling tormented by the pull between the faith his mother wanted to raise him in and the gang culture of the streets. To Pimp a Butterfly found Kendrick wrestling with his fame, and how to stay true to himself in the midst of it.

D-MN. appears to be a continuation of To Pimp a Butterfly‘s lyrical themes, although the music itself is less indebted to George Clinton. It’s more straightforward but no less ambitious, with notes of 70s soul, psychedelia, old school hip-hop and even modern pop, all of which hum along in relatively subdued fashion.

Despite the inclusion of top-of-the-festival-poster guest names like Rihanna and U2 and the bombastic chest puffing of “Humble”, this is Kendrick at his most restrained.

There’s a sweet love song to his fiancee, high school sweetheart Whitney Alford. The final song, a masterful display of lyrical craft and rap dexterity, finds Kendrick telling a story about his father with a twist ending that’s too crazy to be spoiled here.

We’ll be publishing a full review after we’ve had some time to sit with it.

What ‘The Leftovers’ Teaches Us About Brokenness

End of an Era: Pure Flix Has Released Its First Movie With a Certified Fresh Rating