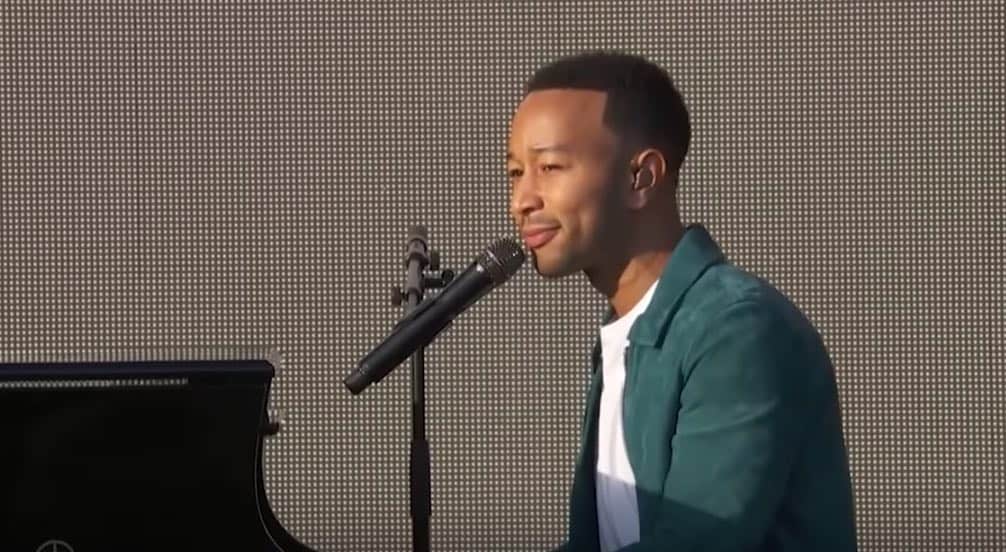 Later this week, John Legend will release his new single “Preach,” but leading up to the drop, he’s explained the inspiration for the emotional new track.

In an Instagram video, he explained, “I grew up in the church and one of the things we talked about was loving our neighbors as we love ourselves. My preacher told me that our neighbor wasn’t just the person that lives next door to you but other people whom you might not even know.”

In another promo video for the single, he sings, “I can’t just sit and hope that, can’t just sit and pray that I can find a love when all I see is pain. Falling to my knees, and though I do believe, I can’t just preach baby, preach.” The videos contained the hashtags #CantJustPreach.

Though this is the first official studio release of the track, Legend has performed the song live on several occasions, including at a Families Belong Together immigration rally and the Global Citizens rally.

Recently, Legend—who portrayed Jesus in a new televised version of Jesus Christ Superstar—told RELEVANT why the message of Jesus’ love is still so important:

Jesus was kind of a revolutionary in his own way. He was fighting the power and speaking out for the underdog almost all the time throughout His life. That’s why He was so dangerous, and that’s why the powers that be wanted Him to not be around anymore. I think there’s been more of a conversation about that lately too. I think that’s a good thing …

I think it’s important that we continue to examine [Jesus’] words and not to project what our own political motivations are onto Him, but to actually pay attention to what He actually said. What He said about the poor, what He said about loving one another and all the things that He preached, I think sometimes we lose sight of that.