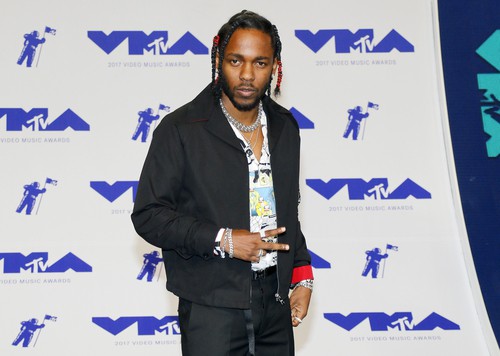 Kendrick Lamar is one of the best to ever do it. That’s just the truth. It’s as if at the beginning of his career, he just decided to never release a bad song, and since then, he’s pretty much followed through. From his Section.80 debut to his soupy, jazzy To Pimp a Butterfly jawdropper to last year’s excellent Black Panther soundtrack, Lamar doesn’t strike out — and he might be stepping up to the plate again.

On Monday, Lamar took to Twitter to …well, turn his profile picture and his banner photo solid black. Not necessarily huge news — except he’s done this before, back in March of 2017 actually. Right after that came “The Heart, Part Four” and DAMN. So, is this a clue that Kendrick fans should be keeping their eyes peeled?

Hard to say. TDE, the label that put Lamar on the map, also has a highly anticipated release from ScHoolboy Q in the works, so it’s possible Lamar’s just promoting the family. (And, hey, there’d be a lot to love about a new ScHoolboy Q album, too.)

But there were about three years between good kid, m.A.A.d city and To Pimp a Butterfly, and just two years between that and DAMN., so we’re technically more or less on schedule for something new. And if Kendrick Lamar is indeed gearing up for another incisive exploration of a young artist’s troubled relationship with God in the context of a country plagued by systemic racism that foists impossible expectations upon people like him then, well, it’s entirely possible we’ll have yet another contender for Album of the Decade from a guy whose career is already full of them.

New Study Says Most U.S. Churches Are Struggling to Grow, but Megachurches Are Growing the Most

With a New Song-Filled Trailer and a Normal-Looking Genie, There Might Be Hope for ‘Aladdin’