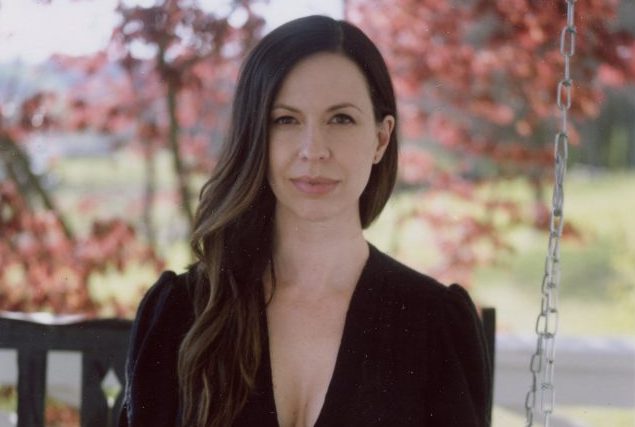 Joy Williams is a pro at this, even as the this in question continues to shift over time. She’s been a bright, shining CCM star, half of the critically acclaimed indie duo Civil Wars and now, in her latest iteration, a bracingly confessional singer/songwriter.

On her latest album, Front Porch, Williams welcomes fans new and old to sit with her as she meditates on just what exactly it is we’re all doing here. In a recent conversation with RELEVANT, Williams talked about growing up and changing in the music industry, what it really means to take your questions seriously and the Civil Wars rumors.

Yeah. I have a seven-month-old and a six-and-a-half-year-old, so life circulates around diapers and dinners and school pickups. I think if you’d ask me ten years ago what I thought about that I’d probably say that sounded really boring but now, looking at my life, I actually have begun enjoying the little things a lot more than I had in the past. I think I always used to be racing ahead to the next big thing and now I’m more interested in watching my daughter discover what her hand looks like in the shadow.

I look in the mirror and it’s like, ‘Oh yeah, my face is starting to change a little bit.’ But I remember my mom telling me that it’s good for your face to tell a story, and so my laugh lines are getting deeper and my forehead is starting to show more signs of how much I’m squinting and thinking and, you know, chasing after my kids or reading a book at night. Those are good signs of life. Vanity would say otherwise, but I think reality might be a little bit more important than my vanity.

Once aging starts to actually happen, it doesn’t seem as scary as it did when you were younger. But for you, in a public profession, those standards for what you’re supposed to look like are still there.

Ugh, they’re insane. The standards are insane. They really are and I probably perpetuate them in my own mind.

It really makes you realize what’s actually important and then you re-orient from there. I think a lot of times, that’s life in a bit of a nutshell. Things change and shift and it’s our invitation to move with that or suffer a lot more, raging against it. Front Porch is an expression of what that simplification was feeling like in my life.

Most of us get to grow up and evolve in private, but you have a very public record of your past life and beliefs, so you have to publicly reckon with that when you change. Is that difficult?

Absolutely. It’s hard to grow up in general, and then it’s hard to grow up in front of the people. I started in this industry when I was 17 and I started out making faith-based music. So I’ve had several worldview shifts over the course of the years, and several shifts in terms of what kind of music I’ve created and in what capacity I’ve done that in and I’ve always been a curious kind of mind.

You said there’s sometimes more value to finding the right questions than the right answers. What are some of the questions that either implicitly or explicitly led to Front Porch?

I have a song that I’ve written about my dad passing away which took me four years to write on and off. But I was finally able to tell the story when I sat down with two women I felt safe with and who are both icons in writing in this town. I think it’s this idea of growth and evolution. What does it look like to grow and evolve and change in the everyday aspects of life?

The people who have been with you for a long time, from the early days of your career to the Civil Wars days to now, do you feel like you’ve gotten permission from them to grow and evolve in that time?

Frankly, I’ve been called every name in the book. Starting from when I left doing church-based music and then when the Civil Wars ended and it wasn’t explicitly spelled out why, people made assumptions that were completely untrue.

I’ve been called every name in the book about that as well. At times, I’ve wanted to stand up and defend myself and other times I just go, well, it’s human nature to want to draw a conclusion and it’s not my job to change everybody’s mind. If I did that, it’s all I’d be doing every day of every week of every year and life’s too short.

I will say there have been people along the way who have come and gone and I can feel some sadness about that, but what I feel more deeply is gratitude for people who stuck with me this whole time. It’s an unbelievable thing to be able to make music and call it a living. I don’t take it for granted.