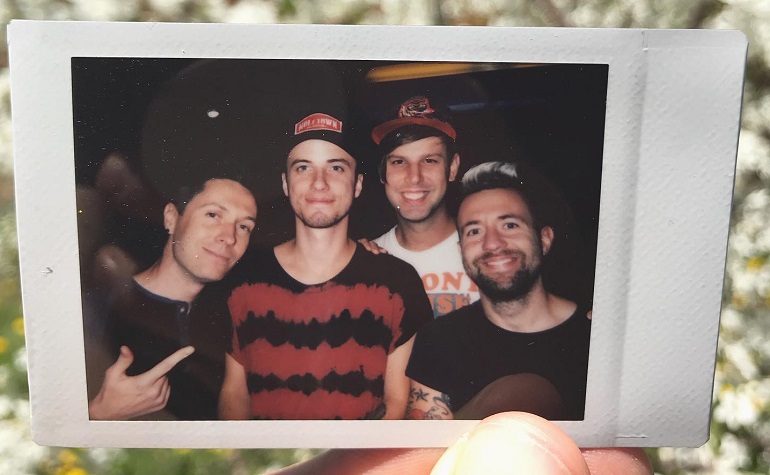 Christians of a certain age are probably familiar with the work of Hawk Nelson, a Christian power pop act that grew to prominence on the strength of fun hooks on albums like Letters to the President and Smile, It’s the End of the World. Now, frontman Jonathan Steingard has taken to Instagram to announce that he no longer believes in God.

“After growing up in a Christian home, being a pastor’s kid, playing and singing in a Christian band, and having the word ‘Christian’ in front of most of the things in my life – I am now finding that I no longer believe in God,” Steingard writes in a lengthy Instagram post. “The last few words of that sentence were hard to write. I still find myself wanting to soften that statement by wording it differently or less specifically – but that wouldn’t be true.”

Steingard is open about the past few years of his journey to nonbelief, sharing that he has long nursed a growing discomfort with the faith he accepted in his youth (Steingard is a pastor’s son). “When you grow up in a community that holds a shared belief, and that shared belief is so incredibly central to everything, you simply adopt it,” he wrote. “Everyone I was close to believed in God, accepted Jesus into their hearts.”

But slowly, cracks formed in his belief system.

“It didn’t happen overnight or all of a sudden,” Steingard writes. “I have been terrified to be honest about this publicly for quite some time, because of all that I thought I would lose.”

He says he was boldened by conversations with friends, who confessed that they had privately reached similar conclusions. He also writes that his wife feels the same way he does. “Stepping away from belief in God has felt like a loss in some ways – but it’s felt like freedom in others,” he writes.

“I am not sure how much this will rock the boat,” the singer continues. “But it doesn’t matter. What matters is that I’ve finally worked up the courage to tell my story.”

On Facebook, Steingard’s fellow Hawk Nelson bandmember Daniel Biro expressed gratitude his bandmates and support for Steingard. “God has a unique path for each of us and it’s important that we stay honest with one another. Looking forward to seeing how each of us continue to G R O W.”

Check Out the Video for Hillsong UNITED’s ‘Another In the Fire’, Featuring the Hillsong Crew in Quarantine