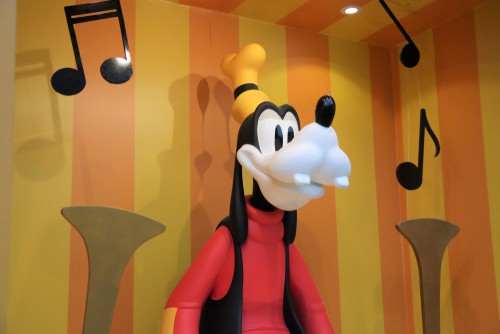 One of the great things about covers is how an artist can reinterpret a song you thought you understood. Jeff Buckley was able to tease out new strains of melancholy from Leonard Cohen’s “Hallelujah.” The Smashing Pumpkins mining a plaintive yearning out of Fleetwood Mac’s “Landslide.” These are the covers we measure all covers by — not because they’re better than the original. That’s subjective. But because they make something new out of something old, and reinterpret art for a new generation. Just like how Goofy was able to find heretofore unexplored shades of something in Eiffel 65’s “Blue (Da Ba Dee).”

disney once approved a goofy cover of eiffel 65’s blue (da ba dee) and it’s maybe the most blessed AND cursed thing i’ve ever heard pic.twitter.com/O0eewOKWmw

Surely, before this, you thought you knew all about Eiffel 65’s “Blue (Da Ba Dee)”. Oh, that song? you probably thought. That’s old and boring. There’s nothing else to be discovered there. How wrong you were. It merely took Goofy’s unique artistic sensibilities to uncover new meaning and new worlds, creating something out of nothing — the way the artist manifests the very work of the divine.