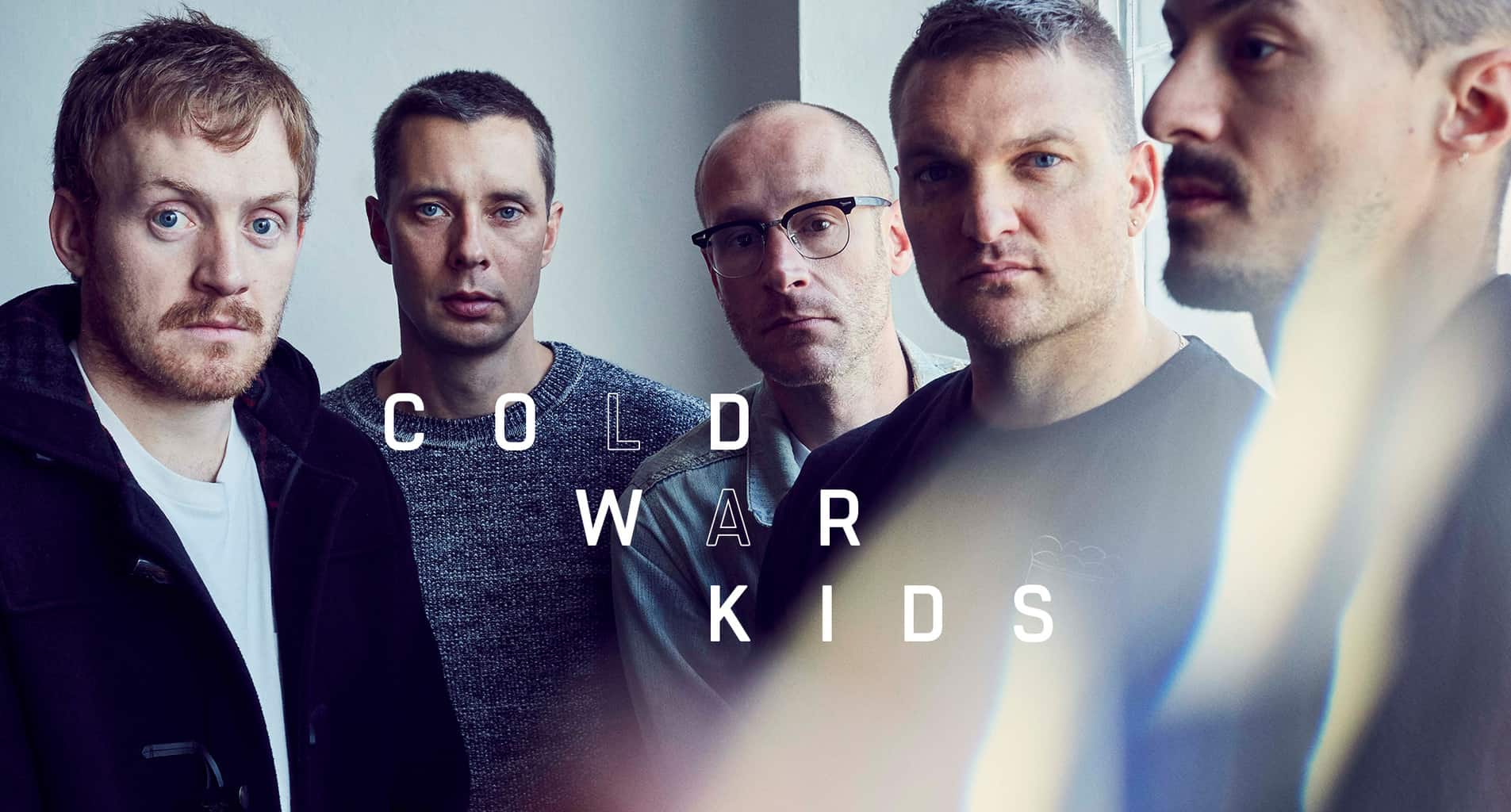 Six studio albums in, Nathan Willett has learned to live in the tension.

The Cold War Kids frontman and principal songwriter has always stood in the middle, so to speak, not capitulating to either side on a number of fronts: He’s been upfront about his own spiritual pursuits even while eschewing conservative or fundamental beliefs. He wrestles openly about light and dark, good and evil, love and loss, and life.

Over the last few years, Willett’s unstated yet obvious belief that diligence in crafting meaningful music that will eventually break through has come true. The band has always enjoyed just enough success to make music full time, tour nationally and enjoy solid results. However in 2015, nearly a decade after their debut, Robbers & Cowards, Cold War Kids found the mainstream as “First” became their highest-charting single, landing at No. 1 on the Billboard Alternative charts.

“There’s Leonard Cohen on one side and pop radio on the other,” Willett says about his songwriting approach. It perfectly illustrates the balance he’s committed to achieving. Pop music can be enjoyable but also escapist. Willett wants to capture the former while creating something lasting for the listener—something valuable rather than vapid.

Willett points to the new Dirty Projectors self-titled record as one example of art that walks the fine line he’s most interested in creating. And Kanye West.

“Doing things that feel very modern and contemporary but not cheesy is very hard, but that’s the space you want to walk,” says Willett. “The new Dirty Projectors record does this, and I know Dave [Longstreth, frontman for DP] listened to a lot of Kanye making that. Kanye does that thing that makes everybody wince. … We need it. We need to engage with more than just what’s immediately around us.”

L.A. Divine is undoubtedly Cold War Kids’ most mature record to date, an album steeped in SoCal clichés. It includes dream chasers and fame seekers, but doesn’t reduce them to two-dimensional tropes. Instead it explores their longings and asks their questions, bringing them to life in meaningful ways and, in turn, allows the listener to find themselves in the story. As Willett sings on “Free to Breathe,” What kind of father leaves his kids in the rain? / What kind of god would not explain? / If this life is all that we get / We better hope something good comes next.

“I think people often think about relationships as something that requires you to settle, as if you have to have your dream or you settle,” explains Willett about the album’s approach to love songs. “I think having both and dealing with the sacrifices and messiness and vulnerability and the unorthodox way that you stay together is everything that’s interesting to me.

“I’m not interested in a love song about someone who just met someone else or a one-night stand or new love,” he continues. “I think people are bored with that. From Tinder to every magazine cover to everywhere you look, people are more interested in something that answers what happens when you get past all of that. I think as a culture, we’re struggling with not wanting to sacrifice enough to get to that place but also wanting deep, deep intimacy and everything that comes with that and how to get there.”

“Spirituality is a huge part of where my head’s at,” says Willett. “I recently discovered a writer, Richard Rohr. He’s one of those people who I read and the whole time I’m thinking, ‘I can’t believe no one ever told me about this guy after all these years.’ Falling Upward had a huge impact on me, as did Breathing Under Water, which is sort of about 12-step programs. Thinking about his work is so broad. There’s so much psychology and philosophy and spirituality and religion, and those are all things I’ve always been interested in.

“In a way, I want to take some of these Richard Rohr depths or, in the case of the new record, L.A. Divine, the writer John Fante’s Ask the Dust or his L.A. stories that are 100 years old but very much deal with the same stuff. He’s a writer in L.A. struggling with doubt, struggling with vanity and the highs and lows that come with finding and losing God. All that stuff is in there. You just have to find it.”

As Cold War Kids continue to gain ground on the charts and stay true to their substantive ethos, Willett and company will undoubtedly occupy the same influential roles for newer artists filled with the same hope to fill the spaces of popular culture with meaningful work.