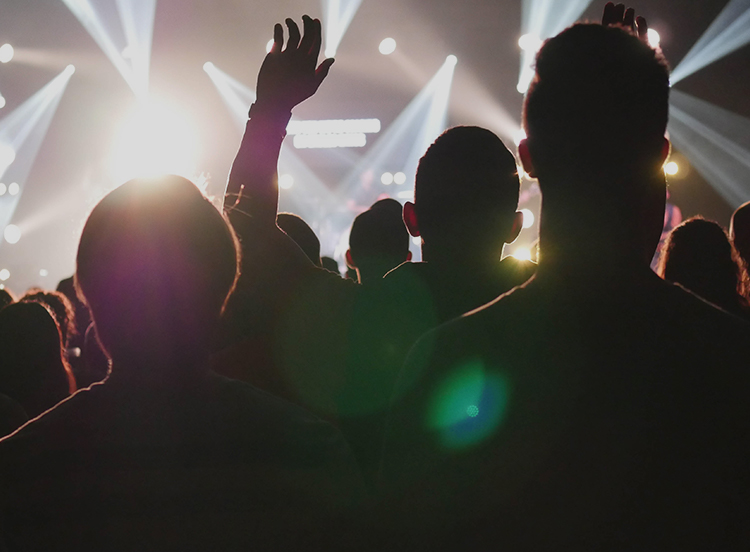 If you owned this, this, or one of these, then you’re a Church kid; one of those select few whose parents shuttled you off to your local house of worship whenever the doors were open. Maybe your mom was a pastor. Maybe your dad in the church choir. Maybe you just really liked going to church.

Whatever it was, if you were a church kid, there are a few songs you probably had drilled into your head like a mantra. Other ’90s kids know the words to “Gangsta’s Paradise” and “Waterfalls” by heart, but you weren’t allowed to listen to those. So you memorized these instead.

Sure, “Jesus Freak” and “In the Light” are the hits, but you’re a Church kid, and you know the deep cuts. “Free at Last” was a track from dcTalk’s days as a Beastie Boys-aping rap outfit, when Michael Tait and Kevin Max mostly seemed to just be sitting around waiting for TobyMac to let them do something.

Of course, re-purposing Dr. Martin Luther King Jr.’s famous, astonishing treatise on black liberation for a purely spiritual hip-hop song may not be the most racially sensitive move this group ever made, but you probably weren’t thinking about that then. You were focusing on nailing the whole “if you’re ser – i – ous – ly cur- i – ous a-bout my past” part of Toby’s verse.

Staci Orrico showed up in 2000 with a sound that approximated the current mainstream pop-trend of Latin-tinged pop music better than a lot of CCM, which was still trying to milk that ska cow.

The great production put the attention squarely on her pipes, which were impressive, and for a solid year, “Don’t Look at Me” was an inescapable hit on Christian pop radio and in youth groups across the nation. The fact that it was all so eminently singable didn’t hurt.

Speaking of that ska cow, no band milked it better than Five Iron Frenzy, who were just about the best band of the short-lived ska revolution, Christian or otherwise. They brought an awesome cheekiness to the generally self-serious world of CCM, with songs like “Oh Canada” and the infamous pants medley. But they also delved into surprisingly deep waters too—no other Christian band before or since has referenced William Blake poetry in their lyrics.

They ended every show with “Every New Day” but “One Girl Army” was the one you knew best, and you bellowed that chorus until your throat bled.

Speaking of cheeky, no Christian band was as self-referentially goofy as Matt Thiessen and the Relient K guys. They got their start just as the pop punk wave was starting to crest, but had a lot of success anyway on the strength of some above average adolescent hijinks. There was nothing revolutionary about their three chords and a chorus approach, but can you name any other bands with songs about Marilyn Manson cannibalizing girlfriends?

Speaking of, Relient K was one of the few bands to get away with Christian songs about dating that didn’t include an obligatory reference to saving sex for marriage. “Sadie Hawkins Dance” is purely a John Hughes-esque tale of a nerdy guy scoring a date to a dance, with an insidiously singable “Oh-oh-oh!” chorus.

It’s a shame the Newsboys of today are mostly known for God’s Not Dead, the last quarter of which is basically just a Newsboys concert film. Believe it or not, there was a time when the Newsboys were making some interesting music. “I just believe it, and sometimes I don’t know why / Gotta go with my gut again on this one” they sang on “Believe,” which is about as close to real expressions of doubt as CCM got in the ’90s.

But they made their rent off of weirder fare, and Christian music didn’t get weirder than “Breakfast” which is about … uhm, well, what is it about? The main theme seems to be that there’s no breakfast in hell, which barely counts as a theme, but the chorus is such a genuine, honest-to-goodness, fist-pumping anthem that you hardly cared then. And you don’t now, do you?

Kirk Franklin’s had a good career. He started out as a true visionary of CCM, an artist who refused to compromise one inch on his creativity, his identity or his beliefs. He was an early signifier of what gospel music could be, and he brought the genre into the future with an addictive conviction.

The past few years have been good to Kirk, as he’s scored some high profile gigs with Kanye and Chance. But to Church kids of the ’90s, “Revolution” was the first and best intro to his real talents. WHOOP WHOOP!

“Come. And go with me. To. My Father’s House.” Only Audio Adrenaline had the courage to take what sure sounds like a Sunday School rhyme and put it to crunchy pop rock, which made it fairly appealing to 14-year-olds at church camp too.

“Big House” inspired children’s choirs across the nation, with its earworm of a chorus that seemed designed specifically for hand motions. It’s so easy to sing along to that you could be forgiven for not questioning the orthodoxy (how sure are we that there will be a big, big yard for playing football in heaven?).

8. Switchfoot: Dare You to Move

Plenty of Switchfoot songs could work here, as the band evolved from a low-fi surf rock outfit to a grander, more produced, Bono-flavored affair. “We Were Meant to Live” got lots of radio play, and the tracks on Learning to Breathe were more tuneful, but “Dare You to Move” captured the band at their most earnest, and if you haven’t been to a Switchfoot concert and with both hands shot towards the clouds screaming “DARE YOU TO MOOOOOVE” than you did not have a happy childhood.

If you’ve been watching Pete Holmes’ Crashing on HBO, you’ve probably realized how much you have in common with the protagonist, Pete.

Pete is absolutely a church kid, who gets ridiculed for his music taste, which includes this absolute jam. Look, if you don’t like “Flood,” that’s on you. Admittedly, the chorus is more or less one note, but it’s a good note and if you’re too cool to sing along with it, you’re too cool for us.

Kendrick Lamar Thinks Preaching Has Gotten Too Watered Down