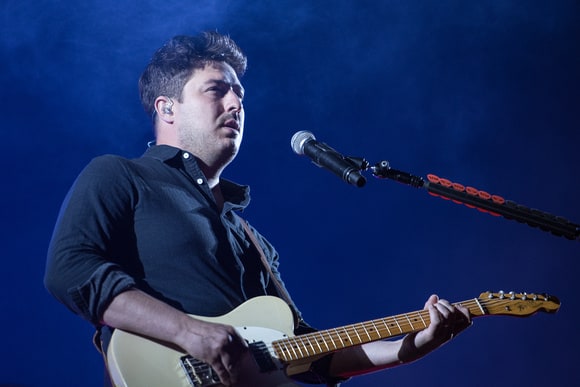 Mumford and Sons announced today that they won’t return to play at Bravalla Festival—Sweden’s biggest music festival,where 17 reports of sexual assault were recorded—until police and organizers can guarantee more safety for the attendees.

The group made the statement via Facebook after headlining this weekend’s festival.

We’re appalled to hear what happened at the Bravalla Festival last weekend. Festivals are a celebration of music and people, a place to let go and feel safe doing so. We’re gutted by these hideous reports.
We won’t play at this festival again until we’ve had assurances from the police and organisers that they’re doing something to combat what appears to be a disgustingly high rate of reported sexual violence.

The Telegraph reported that police had five reports of rape and 12 reports of sexual molestation.

The Bravalla festival was only one of two surrounded by a high number of reported assaults. The Associated Press reported that police received 35 reports of assault at the Putte I Parken festival. They identified seven young men they plan to bring in for questioning.

“We are in the process of reviewing them,” he said in a statement. “It’s also important that we continue to ensure that police, prosecutors and other officials are better equipped to investigate such crimes and actually catch the perpetrators.”

Mumford and Sons’ reaction may be in part because in January of this year, Swedish police were accused of covering up a large number of sexual assaults that happened at a summer youth festival in Stockholm.