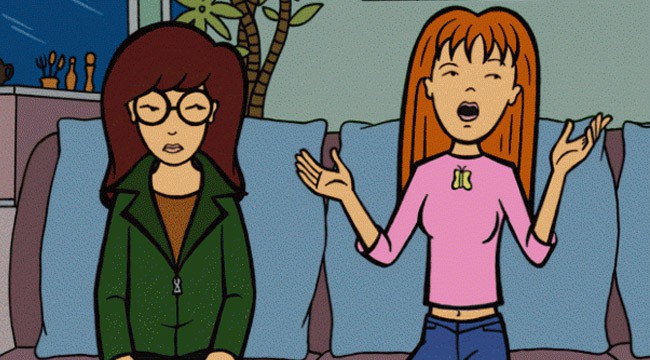 This week, MTV celebrated its 35 anniversary. In those 35 years, the network has gone from playing music videos (almost) exclusively to a mix of music and conventional shows to its current state of basically just cable TV stuff.

In celebration of the network’s anniversary, it turned VH1 Classic into MTV Classic—giving the world all of the 90s and early 2000s MTV shows they’ve been missing. We’re talking Daria, Beevis and Butt-head, Aeon Flux and Unplugged, just to name a few.

MTV Classic started its first day with the same hour of programming that started MTV 35 years ago, commercials included.

They also plan to bring back Pimp My Ride and past seasons of The Real World, as well as new episodes of Unplugged.

Since just about everything else from the ’90s—baggy t-shirts, Blink-182 on the top of charts, Donald Trump—is making a comeback, we guess this isn’t too surprising.

Where Shame Loses Its Power