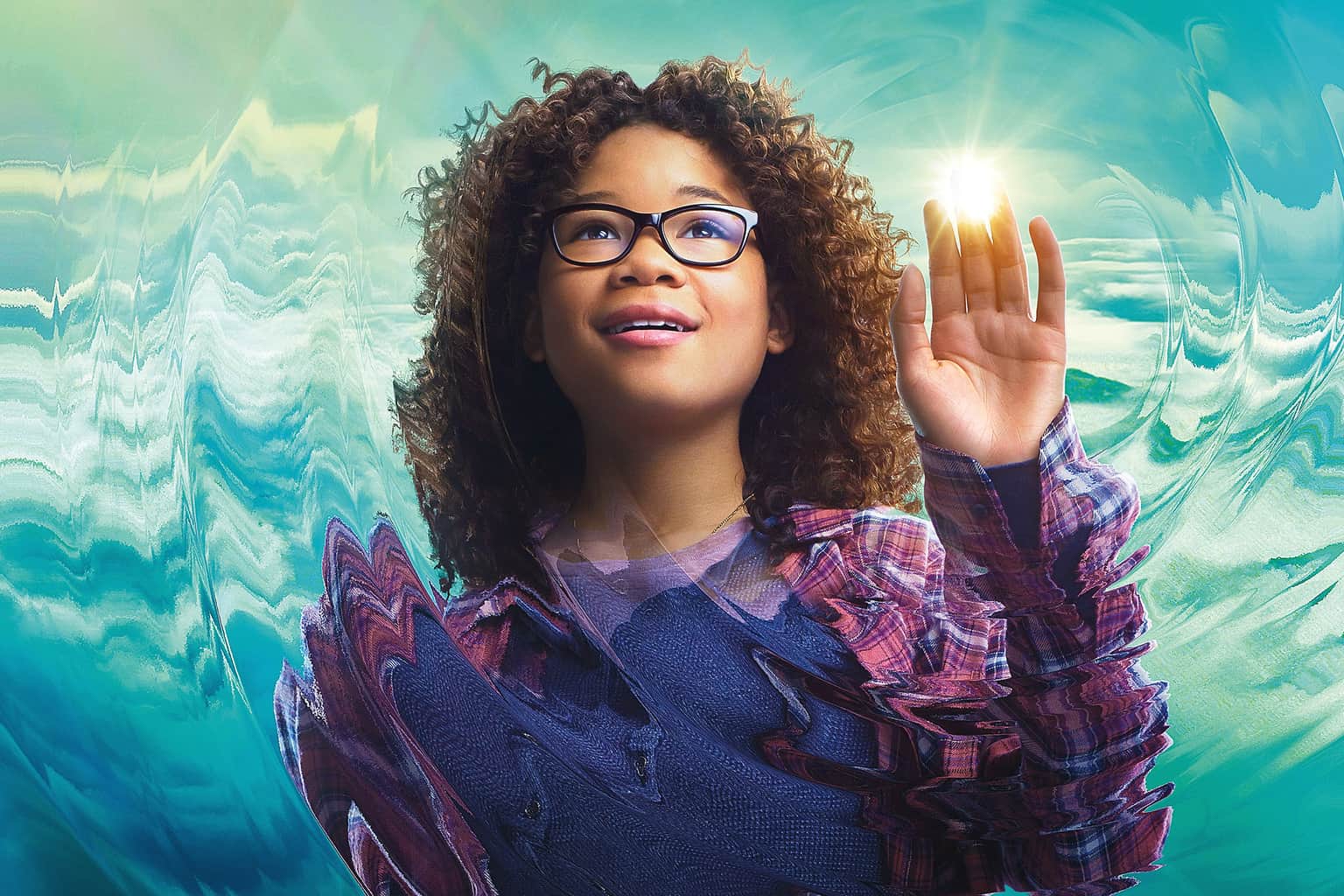 It feels conflicting to say that A Wrinkle in Time is a bad movie, because its outermost layer—Ava DuVernay’s spectacular visuals—is wonderful, and its innermost layer—a sincere, golden message of self-acceptance and achievement—is welcome. Nevertheless, nothing beneath the scenery and around the core ever comes together. This movie is a mess in a regretful, painful way.

Some people have said that Madeleine L’Engle’s novel, published way back in 1962, is un-adaptable, but even after seeing this movie, it’s hard to believe that’s true because A Wrinkle in Time does deliver on two key aspects of the book: bizarre imagery and inspirational themes. There’s a lot here to take in at face value and appreciate, but if you hold it against itself for one moment, you’ll see contradictions and plot holes abound. Not as pretty.

What’s missing here are the mechanical pieces that would help it all fit together: a convincing cast (save, it must be said up top, an MVP-caliber Chris Pine), a logical narrative, and forward momentum. The machine of the movie has a good sense of purpose, but the gears don’t turn.

It’s best to just come right out with the bad so we can focus on the nice stuff later on. A Wrinkle in Time fails first and foremost in placing you inside the movie, and that’s on the shoulders of the young cast. Child actors always have tall orders, but A Wrinkle in Time presents a particularly challenging list of demands to young charges Storm Reid (Meg), Levi Miller (Calvin) and Deric McCabe (Charles Wallace). The three leads struggle under the weight of the visual effects, and not even the supportive trio of the Ws—Reese Witherspoon, Mindy Kaling and Oprah Winfrey, all delightful—can keep them upright.

Watching this movie, you’re constantly reminded that the actors are looking at green screens instead of the alien planets, insane alternate dimensions and glorious vistas that you’re seeing, and that essentially breaks the movie. The kids just can’t really sell it, and it leaves you with a disappointing sinking feeling. You can’t be mad at it; who’s going to criticize a bunch of children?

The script doesn’t do the kids any favors, either, often ham-stringing them with obnoxious, spouty or just plain weird dialogue that not even the finest actor could sell. All this makes for an experience where you as a viewer are in tune to the slightest dissonance between actor and setting. As soon as something happens that doesn’t feel in line with the movie’s imagination, you’re beamed right back out into your theater seat. You smell the popcorn again. You wonder what time it is. You hear people rustle and cough.

Storywise, the script doesn’t establish any stakes within the story’s admittedly twisting, herky-jerky plot. We’re whisked off to new (awesome-looking) planets on what feels like the barest of impulses, and while an ominous evil is introduced early on, A Wrinkle in Time doesn’t make the implications of that evil very clear. There’s no looming threat that makes you care about the minute-to-minute action. That means you can’t look forward to anything, and that means half your brain can’t invest in what’s happening.

But, all that being said, A Wrinkle in Time does have that core of sincerity that makes it feel a little worthwhile. This movie really, really wants to leave you with a positive, self-affirming, you-can-be-anything, you-are-good-enough feeling, and that makes it hard to bag on. This movie says to kids: “Even in the moments when you feel worthless, you are valuable, loved and worthy.” Who’s going to tell you to skip that?

And it’s not as if that message is tacked onto the movie in an arbitrary way; it’s really placed at the core of the story, and it bleeds through every scene, almost to the point of overkill. Every time you sense you’re on the fringe of cornball territory, DuVernay’s wondrous visuals pull you right back to the center. There’s enough here to make you shrug, settle back and let it all slide.

A Wrinkle in Time, then, is for those who go to the movies to escape and forget, instead of consider and reflect. You might want this movie, with all of its admirable representation and genuine messaging, to be something that could pervade into the real world, but it only wants to do that with the way it makes you feel, not with any creative ideas or questions about the present. That might be OK—it is a kid’s movie, after all—but if you want a movie that’s bold in ways other than images, you’ll be left wanting.

Movies in 2018 don’t have to reckon with their cultural context, but A Wrinkle in Time proves that if you want to be an antidote to these times, you have to support that antidote with something that feels real. There are inspiring ideas here, but they’re only supported by platitudes, so when the lights come up, the feeling’s gone. You have to go back out into the real world, and reckon with the fact that it really was a fantasy after all.

Liam Neeson, the Epitome of Awesome, Says He Used to Want to Be a Priest