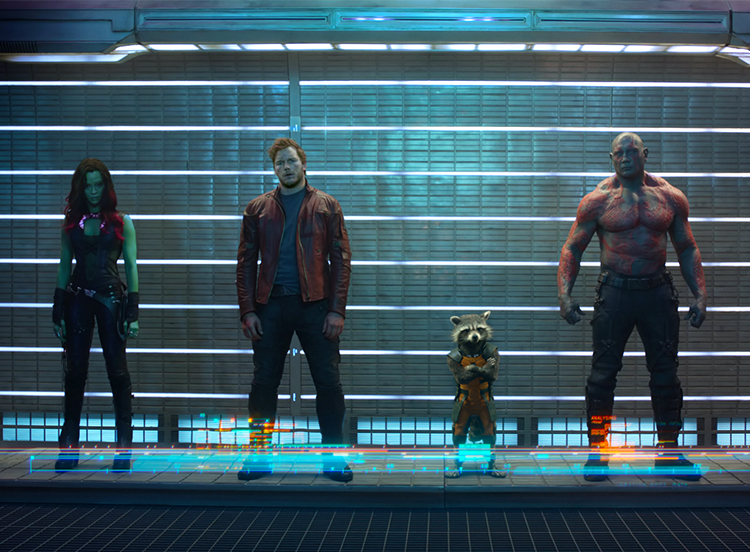 Pentagon: A U.S. Soldier Was Killed in Somalia, 2 Wounded

Admit it. You love Chris Pratt. Pratt is genuinely open about his faith in Christ in an industry where claiming the name of Jesus can be a real career setback.   He’s faithful and loving to his wife and kids, yet enough of an on-screen rogue to claim the crown as the 2017 version of Harrison Ford.

He’s one of the few stars in show business who can coax audiences to show up to the theater regardless of whether the critics love it (Jurassic World) or throw hate all over a project (Passengers).

In short, Hollywood probably puts up with all of Pratt’s “Jesus talk” because he continually creates the two elements that practically make up a religion in Tinsel Town—money and attention.   Rumors have circulated for years that Pratt will take up the Indiana Jones mantle and reboot the beloved franchise.

Guardians of the Galaxy Vol. 2 is only going to whip those rumors into a frenzy, as this Marvel sequel features Pratt in a role that’s even more of a mashup of Harrison Ford’s characters in Star Wars and Indiana Jones the first time around. For the most part, it works.

Last August, Netflix’s Stranger Things made the entire country pine for the ‘80s, even those Generation Z kids who never actually experienced them. Guardians 2 takes that sentiment and turns it up to 11. It’s not just the opening scene featuring a t-top Camaro with a firebird painted on the hood, or Pratt’s rakish sideburns and maroon leather jacket that could have helped him win prom king during the Reagan administration. It’s the visual cues as well, which feature dozens of references to film from the decade of big hair and glam rock.

One scene is set with a full moon hanging low over a grove of pine trees that’s almost cut and pasted out of E.T. Where Stranger Things wanted to remind viewers of their childhoods (or of the media their parents and older siblings loved) Guardians 2 seems to want to compare itself to every piece of 1980s pop culture, and come out on top.

Whether or not you find this movie endearing or frustrating will depend largely on your dependence for schlock. Guardians 2 jumps right into the story with a big, glossy action scene and rapid fire jokes. For the next two hours and 17 minutes, that’s what you’re going to get—action and more one-liners than a human brain can absorb in a single viewing.

If you’re not familiar with the Marvel Cinematic Universe, this is the 15th of 23 planned films (so far), which started in 2008 when Robert Downey Jr. experienced a career resurgence out of nowhere and made Iron Man an American icon. Over the last nine years, the MCU has been a mixed bag, with some bonafide hits and a few complete duds.

You don’t have to be a Marvel die-hard to enjoy the movie, but it’s important to understand what Guardians 2 is before you sit down to watch it. Basically, this is another episode in the most expensive live action Saturday morning show in human history. In 2018, dozens of superheroes from various movies over the last nine years will come together for Avengers: Infinity War, and supposedly connect the plots of all these movies together, making the MCU one of the most ambitious projects in film history.

That’s important to get your head around, because Guardians 2 doesn’t expend any screen time on introducing these characters or explaining the plot much. It’s assumed the audience already knows and loves Pratt’s band of intergalactic misfits, and has a general idea of the overarching plot arc that will lead to Infinity War. If you don’t, this is still a movie that draws you into a richly imagined world, and hurls action and humor at you so fast you don’t have time to stop and realize that maybe it doesn’t all make complete sense without a Ph.D. understanding of comics.

Of course, that cuts both ways. After two solid hours of CGI and physical humor piled on top of zingy dialogue, the brain starts to shut down from overstimulation. But before Guardians 2 completely overstays its welcome, the story hits you with an emotionally complex ending that you would never guess that a movie that doesn’t take itself seriously could pull off.

Heavy Issues in a Light Movie

During the moments in Guardians when the screen isn’t jumping from space ship battle to moments of comic relief, the movie deals with surprisingly heavy themes. Child trafficking is key to the plot. There’s an uncomfortable scene featuring where sex robots dot the landscape of an outlaw bar, which could have been used to add a level of lust to the film and draw in the lowest common denominator to the audience.

But if you saw Doctor Strange, a movie RELEVANT described as being “packed with big ideas about spirituality and faith,” then you know that if MCU movies aren’t getting better, they’re at least getting smarter.   This is where Guardians 2 deserves credit. Had Marvel served up another big helping of the same big, dumb action fare that’s dominated summer movies for the last 40 years, the MCU has enough built-in fans to propel Guardians 2 to the top of the box office.   Instead, the camera zooms in on three of the main characters grappling with the trauma of growing up in abusive and neglectful homes.

It’s often said that the best sci-fi reflects our own world back to us. Guardians of the Galaxy Vol. 2 accomplishes this in a particularly graceful way, as it cocoons serious social problems in a very shiny, very 1980s wrapper.   In doing so Guardians 2 proves over-the-top fun and emotional depth don’t have to be mutually exclusive.