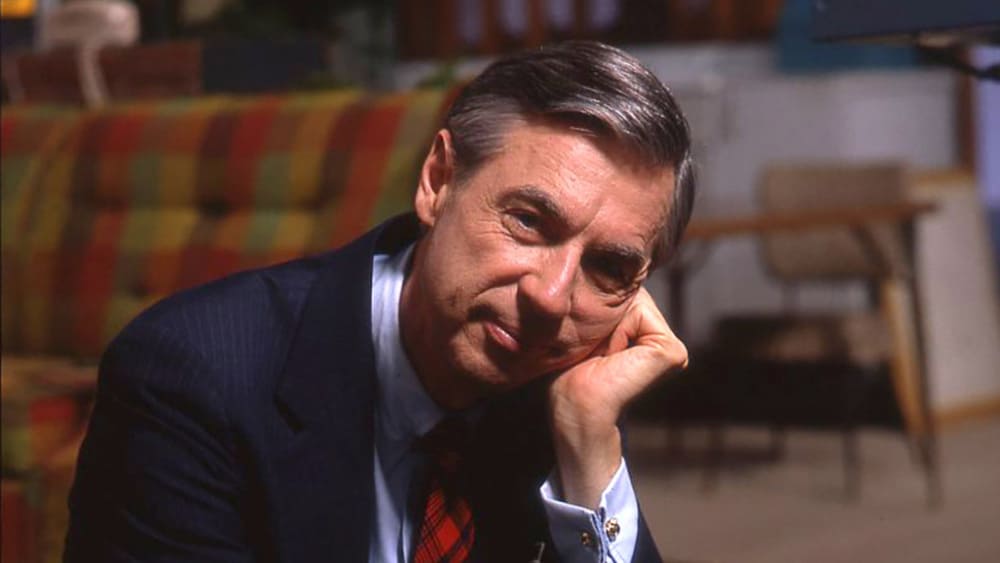 You can actually watch one of the most incredible moments in Won’t You Be My Neighbor right now. In 1969, a little-known Presbyterian minister named Fred Rogers went before a U.S. Senate Commerce Committee to petition for something unheard of: funding for a public television station.

You could hardly ask for a more cinematic setup. On one side of the bench, Sen. John Pastore—a gruff, no-nonsense politician clearly skeptical of allocating any money for something so trivial as a TV show. On the other side, a guileless, soft-spoken young man armed with no pretense, no political savvy; nothing except an earnest belief in the need to deliver a message of love to children. To watch his sincerity slowly melt Pastore’s heart is a drama as riveting as anything on TV. If you knew nothing else about the man the world would come to know as Mister Rogers, this clip would communicate his core principles: kindness is a strength, everyone has value, children deserve better.

Let’s dispense with what director Morgan Neville makes plain in his quietly extraordinary film: Rogers was exactly who you think he was. There were no skeletons, no military tattoos, no secret cocaine habit. This is not a juicy tell-all. Instead, Neville collects Rogers’ friends and family, along with some old members of the Mister Rogers’ Neighborhood cast and crew (and, uh, Yo-Yo Ma) to explore a question: How did he do it? How did one man create a television show that resonated so deeply, across so many generations?

It’s a bit of a mystery. “You take all the elements that make good television, you do the exact opposite, you have Mister Rogers’ Neighborhood,” says the show’s producer Margy Whitmer, at one point, and that’s a truth this documentary drives home. Rogers was not an unusually gifted musician, and his puppetry pales in comparison with the wonders his PBS colleague Jim Henson was creating at the same time. He knew very little about the business and craft of television and was an odd fit for it his whole life.

But what Rogers understood better than almost anyone was childhood.

Neville, best known for 20 Feet From Stardom, a slick documentary about rock ‘n’ roll’s backup singers, employs an appropriately sparse aesthetic here, relying on grainy footage of Rogers’ life. It’s fascinating viewing. Rogers spoke with children slowly and gently but never patronized them. He took everything about them seriously, from their flights of fancy to their temper tantrums. His show never shied away from talking about world events, like the Challenger explosion or the Kennedy assassination. Memorably, he invited a black police officer to join him dipping his toes in a wading pool—a scene spliced with footage of a white man dumping bleach into a public pool with black children in it. Rogers’ gentleness had a punk quality to it. It still does, as Neville strains to make clear. Rogers was not a naive man. He knew that his show was old fashioned. He saw the increasing frenzy of children’s programming as a sickness. His devoted kindness was the cure.

The show ventures a few guesses as to what in Rogers’ life led him to this perspective, via one of the movie’s few stylistic flourishes: animated segments that depict Daniel Tiger as a young Fred Rogers. Most of the attempts to trace a line from a childhood event (say, being bullied over his weight) to an element of the show feel plausible enough, but it’s somewhat strained conjecture. The one truly foundational element of Rogers’ life that everyone seems to agree upon was his faith.

“The space between the TV screen and whoever is watching is very holy ground,” Rogers says at one point. The documentary never skirts around the issue of Rogers’ beliefs, which were very explicitly central to his show and his whole life philosophy. The most core tenant of Rogers’ life and belief was a simple one: “I think you’re special just the way you are and I like you very much.” It was a radical affirmation of human dignity, motivated by his Christian beliefs.

This philosophy has come under some fire of late, as it’s become hip for curmudgeons in certain corners of the media to denigrate anyone who affirms their own unique specialness as a “snowflake” or worse. But Rogers was obsessed with the individuality of every person because he believed they were all created by God, imbued with unique and infinite worth, and it directed his entire life. From the way he spoke, slowly and with great deliberation, directly to the camera; to the way he lived. Famously, he started to announce out loud any time he fed the fish on his show after one young seeing-impaired viewer wrote him to voice her concern that they were going hungry.

I cried during this movie and judging by the sniffs and sniffles around me, I wasn’t the only one. The audience also burst into applause no fewer than three times during the screener I saw. Some of it, I suppose, is nostalgia. There is something comforting and familiar about seeing footage of an old friend, buttoning up the cardigan. But some of it was also how startling it was to see an overflow of genuine love and kindness. Mr. Rogers saw grace and niceness as a strength, not a weakness. You don’t realize how rare that is in today’s world until you see it in a pure, undiluted form.

The documentary is aware of era we’re in today. Shockingly, the very first plot line in Mister Rogers’ Neighborhood involved the citizens of “The Land of Make-Believe” learning a lesson about the folly of building a wall to keep new and different kinds of people out. Nobody gets called out by name, and Mr. Rogers probably would have wanted it that way, but Won’t You Be My Neighbor‘s message is pretty clear. Rogers had a clear vision for a world in which everyone grew up knowing and believing that they were worthy of dignity and respect, and knowing and believing that others were too. That vision is still there, waiting for us to take hold of it, if we’re strong enough.

But then, not many people were as strong as Mr. Rogers.

God Wants to Reshape the Way You Think About Your Body