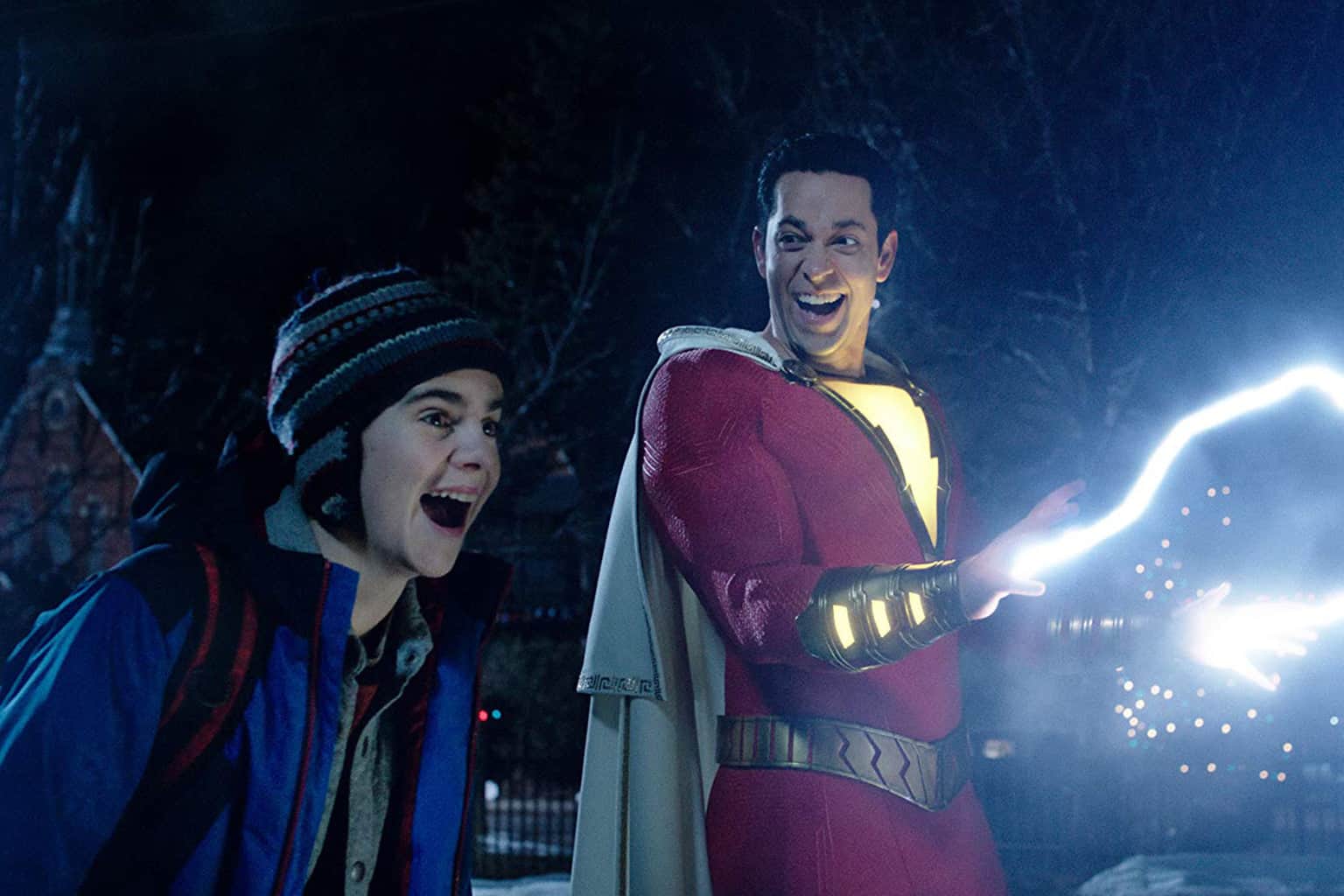 Shazam! is a joyful superhero movie about a teenage foster kid, Billy Batson (Asher Angel), who can morph into an  adult superhero (Zachary Levi) by speaking the name of the wizard who gave him his abilities. The movie’s been garnering attention and love for its big heart, adorable kid cast and how it uses magic, comedy and action to explore the responsibility of growing up, like Big or Sam Raimi’s Spider-Man.

Shazam! is indeed big-hearted, earnest and frequently hilarious. It’s full of the kind of childlike wonder that reminds you why we felt excited about superhero stories to begin with. More surprisingly, it may be the most spiritually-minded mainstream superhero movie yet. Tucked within Shazam’s man-child antics and family-centric message is a story about idolatry, and the way it manifests in our relationship to power, pleasure and personal gain.

Shazam! begins with an introduction to Billy’s soon-to-be nemesis, Dr. Thaddeus Sivana. We meet Thaddeus as an unhappy child who’s being bullied by his older brother and father during a Christmas road trip. Suddenly, Thaddeus is zapped to the realm of the all-powerful wizard Shazam (Djimon Hounsou), who seeks a pure-hearted champion to help protect the world from the seven deadly sins, a septet of evil beings imprisoned in a set of giant stone figures. Thaddeus is eager to gain the power Shazam promises him, but the whispering voices of the Sins play to his insecurities and take over his mind, causing the wizard to reject him. As an adult, Dr. Sivana (now played by Mark Strong) obsesses over gaining the power that was denied him. He does, but at the cost of his soul.

The presentation of the Seven Deadly Sins—lust, sloth, gluttony, envy, wrath, greed and pride—as stone statues feels like more than a coincidence. They’re literal idols, echoing Paul’s warning in Colossians about the way our earthly desires manifest as idol worship. The way the Sins exert power over Sivana, by speaking to his doubts and weaknesses, works as a great illustration of how sin influences us to seek legitimate desires through illegitimate means.

Sivana’s desire for power comes from being repeatedly told he’s weak, unworthy and unlovable. Billy, as a foster kid abandoned by his biological mother, finds himself in a similar situation before meeting Shazam. When Billy first transforms into a superhero, his instinct is to use his powers for himself. He performs feats of strength for money. He beats up his bullies. He skips school and buys armloads of candy. While he’s not using his new skills for revenge or violence like Dr. Sivana, Billy’s actions are still selfish.

Fortunately, Billy has a support system that keeps even his ultra-strong, bulletproof id in check. Billy’s foster brother Freddy (Jack Dylan Grazer) serves as Billy’s confidante and conscience. Freddy’s superhero fandom makes him more aware than anyone of Billy’s superpowered potential, so he understands the responsibility it comes with to act selflessly. It’s an example of accountability. Passages throughout the Bible encourage us to enter relationships that keep us from giving in to unhealthy desires. Freddy shares in Billy’s excitement, but keeps him from being reckless and greedy with his new power. He holds him to the mission he’s been tasked with, just like our supportive communities help us maintain a spiritual focus.

If we choose to reject relationship with others or seek only personal glory, we risk becoming owned by sin. That’s literally the case for Sivana, as the Seven Deadly Sins literally have to inhabit his body in order for him to access their power. Sivana believes he’s made a tool of the Sins, but it’s clear the relationship is the other way around, just as those who worship at the altar of power are destined to be controlled by it.

Ultimately, Billy learns his new gifts are meant to be shared with others, not hoarded. He chooses to share his abilities with his foster siblings and creates a team of scrappy outsiders who can empower, teach and support each other. Their strength as a super squad comes from a bond that unites them beyond their newfound skills. They’re a fellowship, a community brought together by love.

Shazam! isn’t just an energetic jolt to the superhero genre, but a thoughtful exploration of that genre’s central theme. The movie sets up its hero and villain in similar emotional situations, but the difference is how Billy chooses to listen to the wisdom of those around him instead of becoming drunk on the promise of power, like Sivana. Billy’s journey has implications that can be drawn to our own desires for strength and autonomy. It’s not a bad thing to have power, or even to want it. It is, however, vital that we recognize power isn’t an end in and of itself. Instead, we should use the strength we have to empower those around us.

Here It Is: The First Ever Photo of an Actual Black Hole

Did Instagram Really Ban This Cartoon Because of Its Anti-Abortion Message?