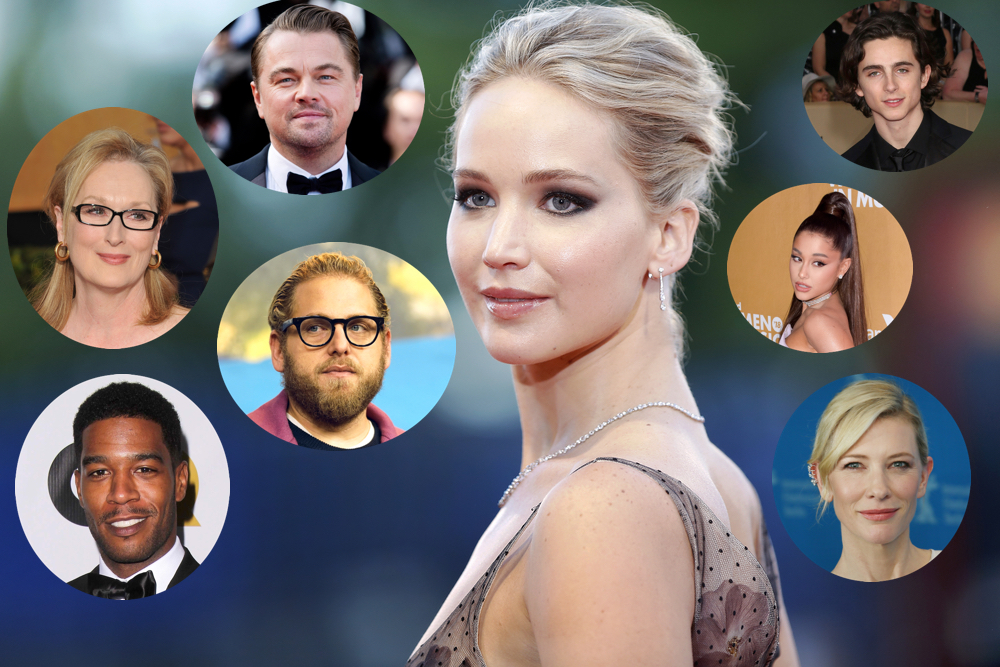 Ever since Adam McKay turned his attention from directing smartly dumb comedies like Anchorman and Step Brothers to politically charged fare like The Big Short and Vice, he’s had a pretty good track record of attracting Hollywood prestige and big names like Christian Bale, Ryan Gosling and Amy Adams to his projects. Now, he’s getting ready for his next movie, Don’t Look Up. And he’s assembling one of the most eye-popping casts in recent memory.

Jennifer Lawrence has been attached to star in this story which will apparently follow two amateur astronomers on a media tour to warn America about an asteroid that’s about to destroy the world. And now, Netflix has announced that she’ll be joined by Leonardo DiCaprio, Meryl Streep, Cate Blanchett, Jonah Hill, Himesh Patel, Timothée Chalamet, Ariana Grande, Kid Cudi, Matthew Perry and Tomer Sisley. Whew.

DiCaprio, Streep and Blanchett are huge gets for any movie looking to make a splash, and Chalamet is pretty much a guarantee in one out of three casting announcements these days. But names like Kid Cudi and Grande are especially intriguing here. In The Big Short, McKay peppered a few fourth wall-breaking celeb cameos throughout to help explain the more involved elements of the financial crisis, and that could be happening here too.

Your tolerance for McKay’s newest movies probably depends a lot on how much you buy into his neoliberal political vision, but this premise at least sounds like it’ll be a departure from his latest trend of recent history re-interpretation. It’s a safe bet that this movie’s asteroid is a very on-the-nose metaphor for climate change, but McKay has worked wonders with broad themes in the early part of his career. Whatever else comes of Don’t Look Up, the cast will be something to see.

Trailer: In ‘The Kid Detective,’ Adam Brody Is an Encyclopedia Brown-Type All Grown Up