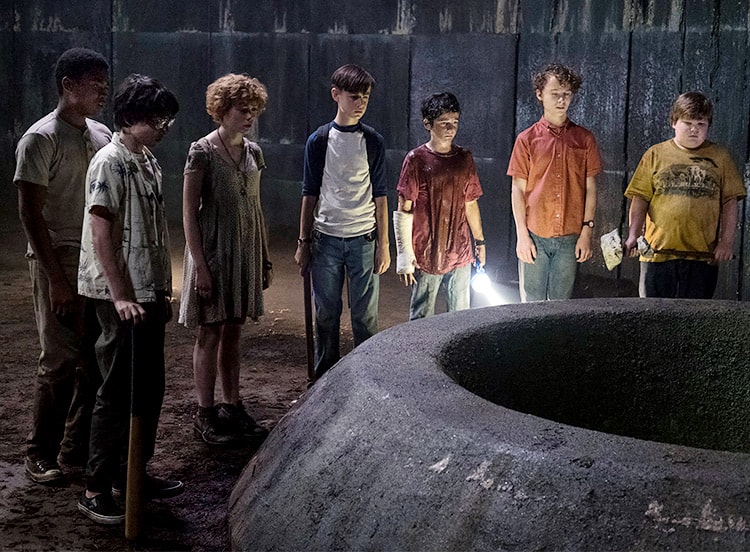 So there’s this crawl space in my house, just to the left as you head out the back door, down a flight of stairs that jut out from the loam of the earth. To call it “unfinished” would be kind. “Unstarted” might be more apt. A single, naked lightbulb dangles between wooden rafters, casting a little hot luminance that doesn’t so much light the room as reveal how many shadows there are. Old boxes stuffed into each other, paint cans with drips that have dried to cracking, and an ancient washing machine and dryer, the only practical reason for the whole space to exist.

It would have creeped me out when I was 9. These days, I flatter myself to think I’m beyond being scared of the dark. But childhood terror is a primal thing and like all primal things, we’re stuck with it, even if we live to be a hundred. Last night I put a load of laundry into the dryer late and heard its final buzz just around midnight. I started toward the crawl space, staring down the blackness of the stairwell. Thanks to the psychopathic wisdom of whatever electrician put our house together, you can’t turn the lights on from the top of the stairs—you have to descend in darkness to the bottom before flipping the switch. It’s just a few seconds of total blackness. There’s nothing down there. Of course there’s not.

I decided to leave my laundry in the dryer until this morning anyway.

This weekend sees the release of It, Stephen King’s weighty horror classic that follows the adventures of a gaggle of youth grappling with an evil, demonic force in Derry, Maine. It’s the second adaptation of the book. The first, a Tim Curry-starring television miniseries, has become a pop culture touchstone, though it’s neither as good or as scary as its popularity would lead you to believe. The new entry, from Andrés Muschietti, is rumored to be an improvement. I have not seen it (or It, if you will) so this is not an endorsement.

Most of the book’s notoriety is owing to its iconic Pennywise, an otherworldly, murderous clown who is, yes, suitably horrifying. Less notorious but rendered far more successfully in the book is the Losers’ Club: the collection of misfit children forced to grapple with Pennywise. Their encounters make for some eye-bugging page-turning to be sure, but the monster does not consume their entire lives. Life is hard enough for kids without killer monsters on the loose, and King takes time to explore the full dimensions of the Losers’ struggles on the cusp of leaving childhood behind.

So is the real monster in It actually just life itself? Well, no, it’s the evil clown monster. But King’s interest in horror has often drifted not just to what’s scary, but to what children think is scary. However reliable King is as a teller of scary stories, he’s far more consistently good as a navigator of childhood. This gift is most famously on display in Stand By Me, but It is at least as much about growing up as it is about killer clowns. Throughout the novel, the Losers’ Club is marked by their youngness (or, later, their struggle to return to their youngness.)

“Who is the greatest in the kingdom of heaven?” ask the disciples in Matthew 18. In response, Jesus calls a child over.

Three interesting points here, revealed like a magic trick. The first is the pledge: the child that the disciples need to transform into in order to enter heaven. The second is the turn, in which it’s revealed that this child is actually the greatest in the kingdom of heaven. And finally, the prestige: whoever welcomes the child is actually welcoming Jesus Christ Himself. In the kingdom of heaven, childlikeness is good currency. It is, indeed, next to godliness.

And like in Jesus’ explanation, when the Losers’ Club (industrious Ben, jittery Eddie, thoughtful Mike, goofball Richie, methodical Stanley, soulful Bev and valiant Bill) begins dealing with a horror beyond human imagining, they’re better equipped for the fight owing to their very youth. There’s a sturdiness to their terror, because the whole world is already scary for them. A sociopathic clown is bad, sure, but is it qualitatively worse than an abusive family situation? The Losers’ Club has been dealing with monsters they don’t understand for the entirety of their brief lives.

At this point, let me be clear. King’s fascination with violence, sex and, at times, the intermingling of the two undercuts some of the purity of his vision. “Hate what is evil,” Paul says in Romans 12:9. “Cling to what is good.” There is a lot of good to which one can cling in King’s work, but there is some stuff to hate too. In It, for example, there is a lurid, entirely unnecessary depiction of childhood sexuality that serves the book poorly. Both Curry’s miniseries and the new adaptation wisely chose to omit it from their adaptations, which actually makes the story feel closer to the real ethos of King’s philosophy.

And that philosophy is this. The world is a scary place for kids—scarier even for them than for the adults. But that very scariness can create in children a lean toughness. True, it may be possible to make far too much of this, piling children with imaginary superpowers. But it’s definitely possible to ignore some of the things we were good at as kids—vast imagination, insatiable curiosity and, yes, a willingness to confront the things that go bump in the night. After all, in childhood, the kingdom of heaven belonged to such as us. Maybe it’s time to rediscover a little of what that meant, and maybe a little of King’s vision of the world can help us accomplish that.

And maybe it can even convince me to go grab my laundry. Eventually.

What We Get Wrong About Contentment