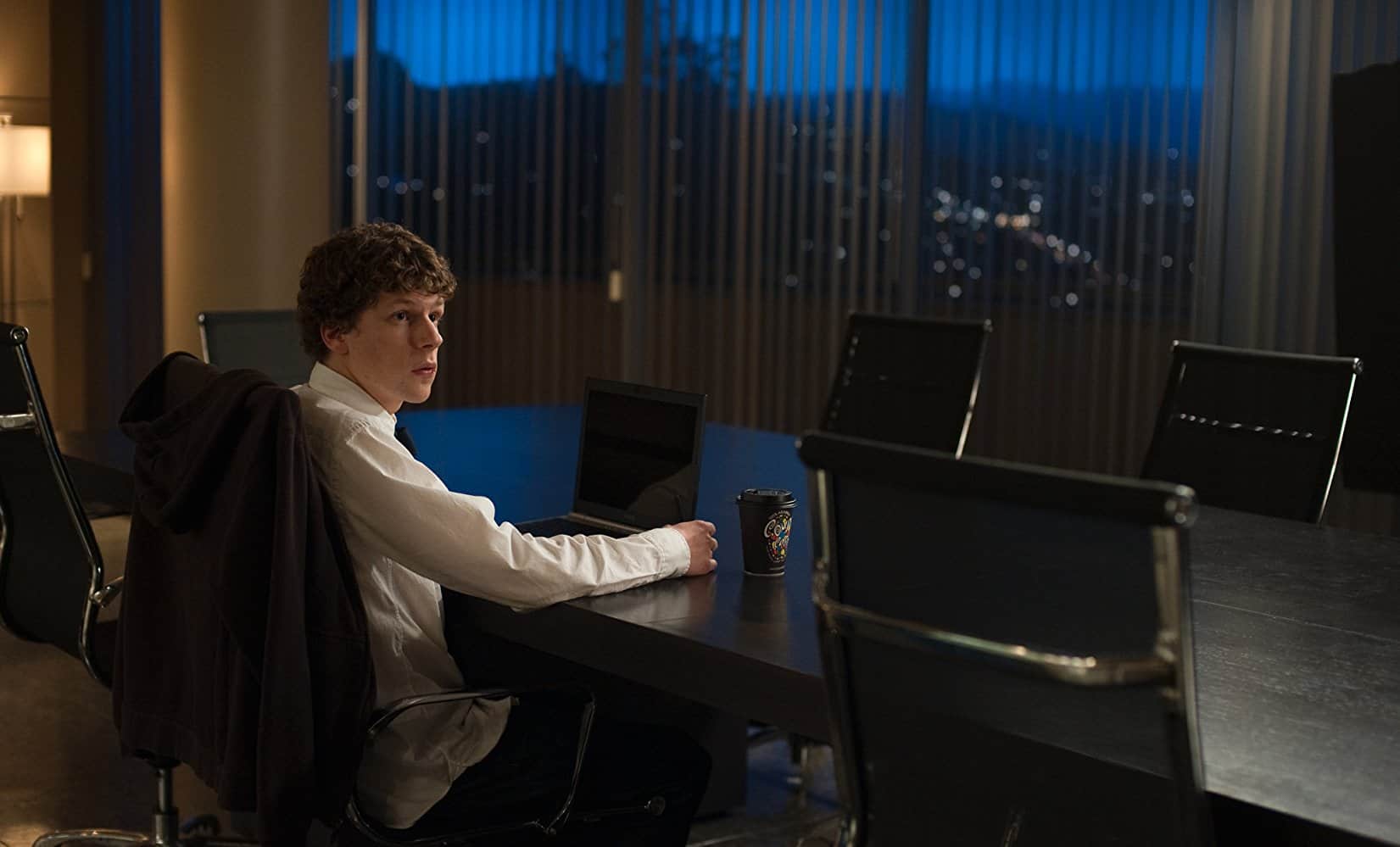 Mark Zuckerberg’s time before Congress this week presented him as a hyper-calculating, somewhat condescending, terrifically meme-able alien. It was a performance, and in some ways a failed one, and it brings to mind Jesse Eisenberg’s performance as Zuckerberg in 2010’s The Social Network. That character was isolated, ambitious, cunning, and elitist. The real Zuckerberg might not be a carbon copy, but his trip to Washington offered glimpses of all of those qualities. In many ways, Zuckerberg has affirmed the movie he derided eight years ago.

There is something surreal, yet utterly natural, about watching Zuckerberg sweat before Congress. It’s strange to see him use a booster seat, yet it’s also totally sensical. It might be odd to see the Facebook CEO sitting before a stiff-collared board of disciplinarians made up of men twice his age, but then again, he’s been there before.

As Zuckerberg defended Facebook’s privacy policy and promised, over and over, his team would do better and work harder to be a “force for good,” he straddled the line between uber-competent and freakish, humility and authority, and genuineness and lip service. He wasn’t quite a renegade, but he wasn’t quite a goody two-shoes, either. His likeness in The Social Network, adversely, wasn’t playing games at all.

The Social Network’s Zuckerberg is unrelenting in his smartest-guy-in-the-room schtick, swinging between explicit arrogance (“You have part of my attention. You have the minimum amount.”) and implicit entitlement (“I believe I deserve some recognition from this board.”). The movie’s Zuckerberg is slow to smile and quick to talk someone down. Engaging with him is so challenging it hardly seems worth the effort. It’s a harsh depiction.

And Zuckerberg himself has raked The Social Network. He’s said the movie dramatized aspects his story in ways he finds “hurtful.” In fairness, The Social Network’s representation of Zuckerberg, from his scathing dialogue to his lazy (and confirmed accurate) costuming to Eisenberg’s non-stop smirking, is not a flattering look. The first scene refers to Mark as “an a**hole,” and the next two hours do less to counter that opinion and more to speculate why it might be true. It’s reasonable to raise an eyebrow at how the movie sees Zuckerberg, but after the CEO’s extended moment in the public eye, more has been confirmed than contradicted.

The Social Network paints a portrait of a Mark Zuckerberg so ambitious and elitist he can’t connect to other people. After some burned relationships, he creates an online community that will give him power and influence, but that power and influence ironically isolates him even further. It’s a compelling, novelistic illustration of a world-changer, but at the core of that image is someone who isn’t sure how to relate to anyone else. That’s the Zuckerberg we saw in Washington.

Memes by nature warp our perceptions of the person or thing being memed (Crying Jordan is a good example—he used to be one of the most awe-inspiring people on the planet!), but they’re also funny because they exaggerate a kernel of truth. Zuckerberg was memed to death this week, and many of those memes centered on his extreme alien-ness. The joke: Mark Zuckerberg doesn’t know how to be a person. The truth: Mark Zuckerberg really might not know how to be a person.

“don’t forget to drink the water, humans like water” pic.twitter.com/RyhWE74Sl4

That’s not to say The Social Network is true-to-life. The real Zuckerberg doesn’t have the charisma of Eisenberg, but he at least smiles, extends politeness (“Mr. Senator”), and engages with other people in a way that seems intentional. The movie is still a movie, but as it would be unfair to burden Zuckerberg with all the intricacies of Eisenberg’s performance, it would be unfair to dismiss the movie’s entire point of view because it’s a partial fiction.

It doesn’t matter if the movie was exaggerated because Zuckerberg showed us this week that The Social Network was in an essential way correct about him: He’s deceptive, and dodgy, and brilliant, and in some ways totally incompetent. The point here isn’t to make sweeping “good person” or “bad person” statements, but maybe it’s more to say that movies like Social Network can still rest on a core of truth, and if that core is honest, the movie itself can remain prescient.

There are many lessons to derive from these days of testimony in regards to data, privacy, the power of monopolistic corporations, and the trust we place in innovators, but when it comes to the man at the center of it all, there’s a striking takeaway: Mark Zuckerberg is still an outsider. He’s a paradox of intelligence and aloofness. He made something that changed the way humans connect with each other, but he didn’t account for that invention’s intense consequences.

The Social Network was telling us this years ago, and now it looks like prophecy. Zuckerberg’s changed us, but it seems he hasn’t changed, and if that continues to extend to his company, we’re looking at a movie and a trial that will only grow in relevance, and tragedy, in time to come.

A Famous Youtuber Is Bullying a Young Girl for Her Christian Faith. YouTube Does Nothing.