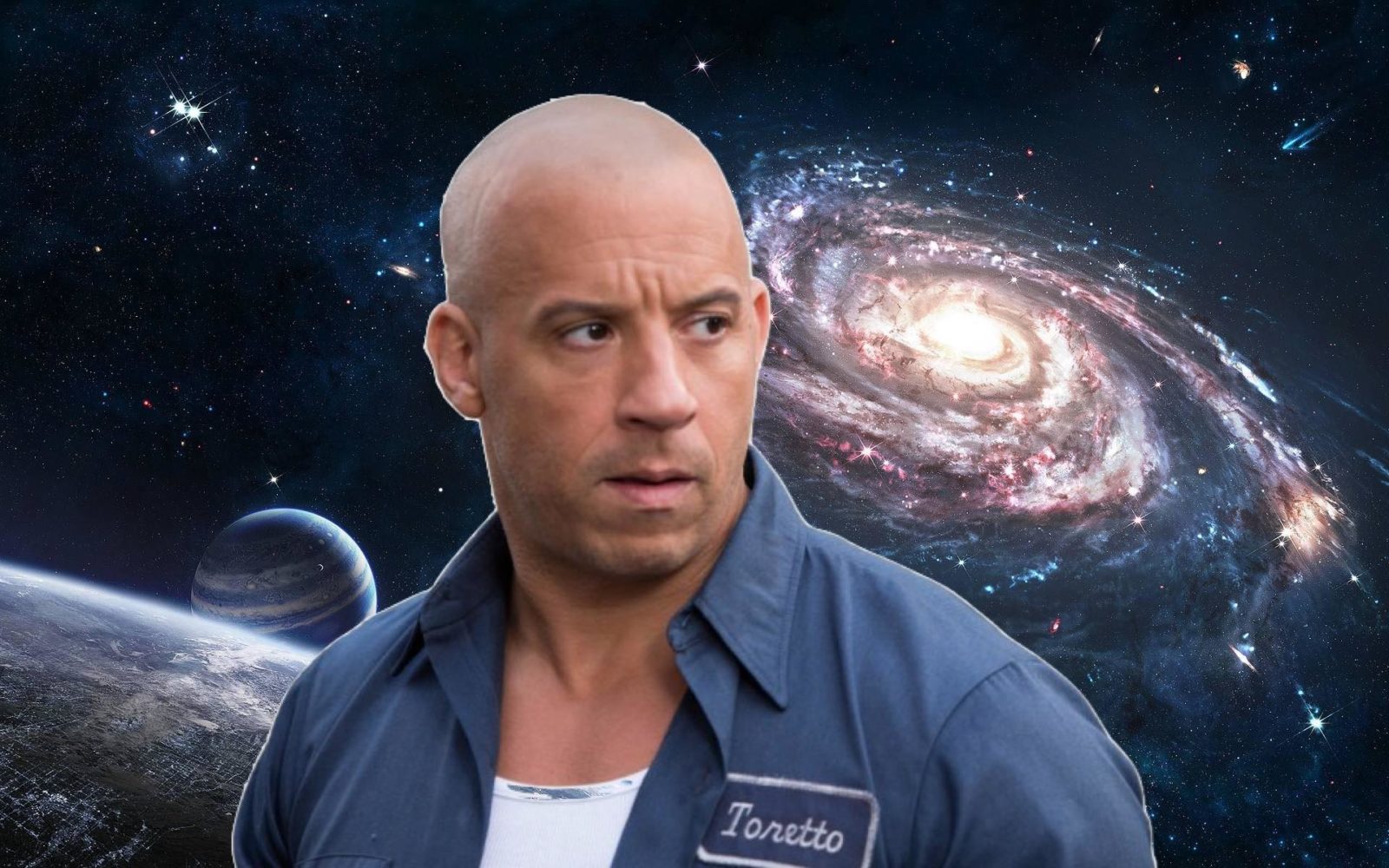 In 2001, The Fast and the Furious was one of those medium budget action flicks that were everywhere at the time, featuring a handful of young, attractive stars in a plot that centered around stolen DVD players. 19 years later, the franchise is going strong and features one of the craziest pivots in Hollywood history, from lo-fi crime saga to a stupendous excuse for Hollywood’s most daring stuntmen to top themselves in a series of escalating action setpieces that send audiences’ jaws crashing the floor.

And now it sounds like the franchise’s next installment F9: The Fast Saga is taking the family where no movie has gone before: offworld. Yes, Michelle Rodriguez has (accidentally, it seems) confirmed that the delayed flick will at least partly take place in actual space. Space! A movie in SPACE.

This had already been rumored after Ludacris teased the possibility in an interview earlier this year. But then Rodriguez got caught flat-footed by a gotcha question on Sirius XM’s The Jess Cagle Show when she was asked if her character, Letty, will join Luda in space.

“Oh, no way. How did you guys find that out?” Rodriguez responded. “See what happens? People start talking behind the scenes, man,” said Rodriguez. “When a movie doesn’t come out and forget about it, things get out. Nobody was supposed to know that!”

Well, Rodriguez has some work to do when it comes to a poker face but she went on to talk about another filmmaking feat almost as unheard of as filming in outer space: having a woman in the writer’s room — a move for which we have Rodriguez to thank.

“I think a lot of it, a lot of my necessity to have a female writer was just really more about candor,” she explained. “I think of that a lot of the boys just always one-dimensionalized all the females. So if Mia [Jordans Brewster] is on screen, they’ll think, ‘Oh, she’s the mother of the kid with the Paul Walker character. So we need to stick to the motherly stuff whenever she speaks.’ Or they’ll be like, ‘Oh, look, we have Nathalie [Emmanuel, who plays Ramsey], she’s the amazing young, sexy creature, so let’s always have the boys hitting on her.’ …It just doesn’t work. It’s not natural. And I think that you need a female voice to understand that.”