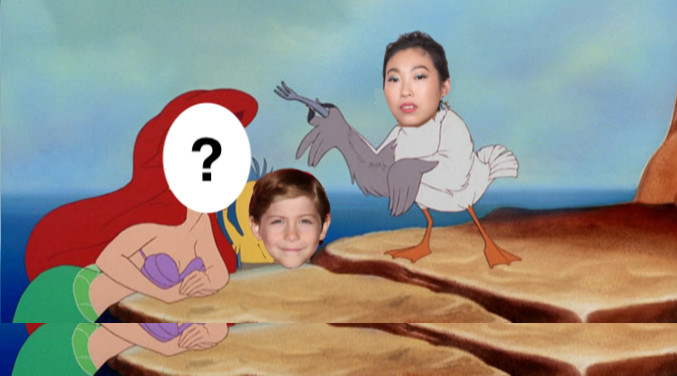 No sooner has Aladdin come and gone, with Lion King hot on its tail than the next big “live-action” (sort of) Disney remake is underway. Little Mermaid is next up, directed by Mary Poppins Returns‘ Rob Marshall, and we’re still not sure who will be playing our actual mermaid. But, well, look at this stuff. Isn’t it neat?

For starters, Lin Manuel Miranda is on hand to spice up the musical numbers alongside original composer Alan Menken, which ought to perk your attention even if these Disney remakes aren’t your bag. Also, Melissa McCarthy is in talks to play the sea witch Ursula, and you’d have to be pretty boring to not find that particular casting news intriguing. And now we’ve got word that Awkwafina, who turned heads in Crazy Rich Asians, is circling the role of Skuttle, Arial’s semi-land world literate seagull. And finally, Room‘s Jacob Tremblay is in talks to play Flounder, her little fish friend. [h/t Hollywood Reporter]

All in all, not bad casting there, but who’s gonna get the mermaid tail and seashell swimsuit of our star? No official word yet, although there are some rumors that Disney badly wants Zendaya to be part of their world. But even that’s not the real question.

The real question is how many wonders can one cavern hold?

James Dobson Gives Into Fear at the Border