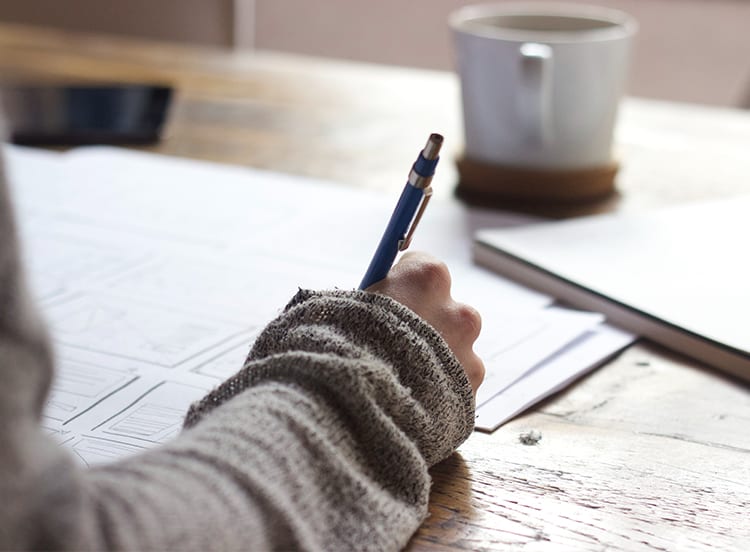 Hollywood in 2017 was all about movies we needed. What movie was going to speak to our conflicted societal moment? Turns out, plenty. There are arguments to be made over which movie was “best”or “most important” this year, but regardless of your top pick, there’s an elite group of movies that engaged with people beyond an easy afternoon at the theater. These are them.

We assembled a team of our biggest movie fans—Tyler Huckabee, Jesse Carey and Tyler Daswick—to break down the dozen flicks we’ll remember most from 2017. If they forgot your favorite, please @ them on Twitter. They love that.

All Saints: The Movie That Restored Our Faith In Faith-Based Movies

It’s extremely rare to see an overtly Christian film get widespread critical acclaim from mainstream critics, but with a 93 percent on Rotten Tomatoes, All Saints is an outlier. The film tells the true story of a small-town pastor who—after hearing from God—reaches out to a local refugee community, and ends up not only saving his small church but changes his community. It’s powerful without ever being preachy. —Carey

The Big Sick: The Movie That Helped Us Heal

On the surface, The Big Sick is a pretty standard romcom. Boy meets girl, they fall for each other, hijinks ensue, yada, yada. But the delights of The Big Sick are in how it tells its story, based on the real-life romance of star Kumail Nanjiani, which finds the central “girl” comatose for the lion’s share of the proceedings. But along with a sweet love story, we get an exploration of the ways families stay together or don’t. —Huckabee

Hollywood is bloated with reboots and follow-ups, and while most of those flicks are visionless cash grabs, Blade Runner 2049 somehow managed to both expand the world of its predecessor and deliver a gripping narrative in its own right. Everything looked gorgeous, and the action (the Elvis Presley fight!) had real audacity. This cash cow should’ve been milked more. —Daswick

Coco: The Movie That Played Its Own Instrument

There are no concessions in Coco, which is the wildest thing to be saying about a Disney movie. It’s unabashedly immersed in Mexican culture: Characters speak Spanish without subtitles, there are cultural Easter eggs placed where only Latinos and Latinas could find them, and the world is rooted in a distinct tradition that isn’t the least bit watered down. Coco didn’t cater to anyone, and that let it exist for everyone. —Daswick

Dunkirk had me in the palm of its hand when, during one of the dogfight sequences, I actually made a move to duck the incoming bullets. It was an exhausting experience in the most positive sense possible. I saw it again the next day. —Daswick

Get Out: The Movie That Got Us Talking

If you haven’t seen Get Out, you probably think you’ve got the gist—a sort of scary, sort of funny movie about racism, right? Trust us, you do not have the gist. Even people who saw the movie have a tough time wrapping their heads around what they saw—a movie that is not just scary, funny and poignant—but scary, funny and poignant all at once. It makes you question your assumptions, and then question why you’re questioning them. What you get out of the movie changes dramatically based on what you bring into it. It’s an incredible achievement that marks the coming of Jordan Peele as a major, major talent. —Huckabee

Jim & Andy: The Movie That Threw A Shadow On Celebrity

The documentary is not only one of the strangest movies of the year—it’s one of the strangest you’ll ever watch. Based on footage shot while Jim Carrey filmed the 1999 Andy Kaufman biopic Man on the Moon, the movie switches between the lo-fi footage of the actor deep into character (without ever breaking out of it) and an extended interview with Carrey. Once the biggest comic actor the world, Carrey now reflects of the nature of celebrity, the hopelessness of chasing fame and the strange appeal of escaping into a character. —Carey

Lady Bird: The Movie That Made Us Call Our Moms

Movies about teenagers feel universal when they’re done especially well, and it was super impressive how Lady Bird still managed to pull that off while being so specific in its story. The regionality, the family quirks, the kids saying “hella tight”—it didn’t miss a note. Soairse Ronan and Laurie Metcalf are the duo of the year, too. —Daswick

Logan: The Movie That Gutted Us

Mother!: The Movie That Baffled Us

There is just no explaining Mother!, no piece of film analysis that can truly do the experience of watching it justice. A lot of people didn’t like it, but this is not a movie that came here to be liked. The biblical Creation/Fall/Redemption narrative in a microcosm, featuring the most ludicrous, horrifying, captivating, mind-twisting, stomach-churning, out and out universe-distorting third act of anything you’re likely to see this year or most others, it’s more a movie to be impressed by than to enjoy. But impressive, it is. —Huckabee

Shape of Water: The Movie That Taught Us How to Love

There are two types of Guillermo del Toro movies. The first are broad, imaginative summer movie tentpoles like Hellboy and Pacific Rim that speak to the filmmaker’s earnest love of geeky, crowd pleasing entertainment. The second is smaller, odder fare like Pan’s Labyrinth, which deploys Del Toro’s dark fairytale aesthetic to subtler, more inventive ends. Shape of Water is a lyrical film wrapped in a Lovecraftian shell, but it’s a masterpiece that evokes a disquieting amount of tenderness, one of Del Toro’s most rarely used but potent skills as a filmmaker. —Huckabee

Wonder Woman: The Movie That Rescued Us

Wonder Woman was such a great theater movie. During the first fight scene, when Diana is battling one of the Amazon warriors, she deflects a blow with her gauntlets and there’s a huge flash of light. The light fades and you see Wonder Woman standing there, poised, like a hero. The whole theater’s quiet, but a little girl in the back row couldn’t help herself: “Woahhhhhhhhh.” Everyone laughed. That’s Wonder Woman. —Daswick

Study: Joshua 1:9 Is the World’s Verse of the Year

Creation Care and the Importance of Public Land