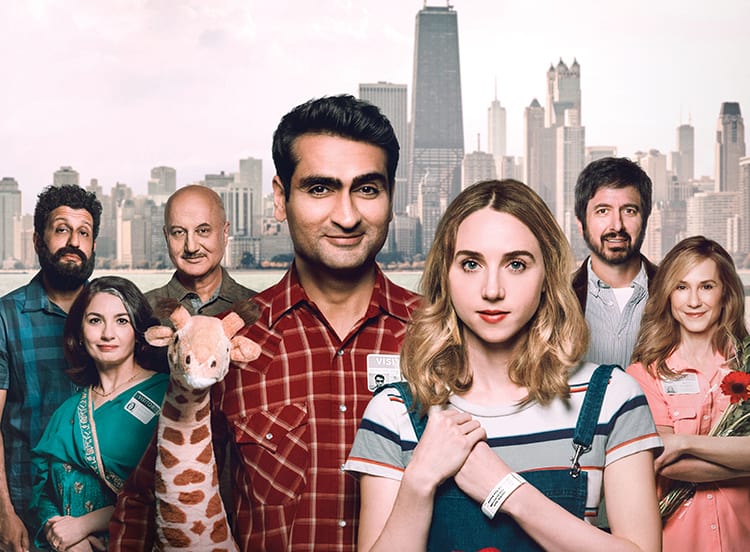 2017 has already yielded a list of impressive movies in a short amount of time. Because many of the best films in a given year tend to release during the fall and winter for their shot at the Oscars, the late winter, spring and summer are often reserved for B-movies, tentpoles and blockbusters. That’s still true to an extent, but streaming services and a more global box office have dramatically shifted our expectations for when great movies can come our way.

Oscar contenders like I Don’t Feel at Home in This World Anymore are more likely to be released on Netflix right after premiering at Sundance, for example. A handful of films on this list, in fact, were produced by streaming services like Amazon, with some of them not even receiving a wide theatrical release.

This is great news for moviegoers who crave a steady flow of well-made films to watch all year, some of them right in their living room. And because so many of us are able to stream these movies at the same time, there’s ample opportunity for unexpected cultural moments, where it seems like everyone is watching the same thing.

Of course, 2017 has also saved room for other conversation-piece movies that hit theaters.

Despite being the sixth movie about Spider-Man in just over a decade, Marvel and Sony’s Spider-Man: Homecoming still manages to find a way to make the character as exciting and fun to watch as ever. Straying from the standard, modern superhero formula it helped to pioneer in 2002, Homecoming is more teen comedy than it is a “good vs. evil” tale, highlighting a distinctive setting in Queens as the battleground for crushes, parties and yes, actual super villains—this one played by Michael Keaton in a scene-stealing performance.

Sofia Coppola’s remake of the 1971 film starring Clint Eastwood—itself an adaptation of a novel by Thomas P. Cullinan—doesn’t just boast one of the year’s best ensembles. It’s a quiet film with no score and set during the height of the Civil War, but it’s masterfully edited to be a period piece that keeps you glued to your seat.

Colin Farrell plays a sympathetic Union solider who came to America from Ireland and was quickly relegated to war. In The Beguiled, he works to charm each female member of a small seminary school in the Confederacy while the men are away and the slaves have run off (a plot point that has earned a lot of criticism for its inherent white-washing).

It’s the rest of the cast that brings The Beguiled to life as it explores the delicacy of rigid gender dynamics. Nicole Kidman, Kirsten Dunst and Elle Fanning are at their best in this surprising drama, which easily rises to the top of Coppola’s best films.

Winner of the Academy Award for “Best Foreign Language Film,” The Salesman is an Iranian contemporary drama written and directed by Asghar Farhadi that outlines the universal effects of post-traumatic stress disorder and how it can tear apart loving relationships.

Within its own context, The Salesman is a beautifully crafted film with a loving focus on its setting, Tehran. For American audiences, it’s also gripping to explore a setting that isn’t filtered with the baggage of the early 21st Century. Showcasing the similarities between a typical middle school classroom in Iran with one in the U.S., for example, is just one of many reasons why The Salesman is a purposeful watch for filmgoers all over the world.

The first John Wick was a surprise out of nowhere, in which two directors known for great stunt work delivered a simple, yet powerful action movie starring Keanu Reeves. Chapter 2 takes the revenge tale of the first and deepens the narrative to many satisfying points. Even if you didn’t catch the first film—which you should—it’s relatively easy to get sucked in and caught up with one of the year’s most engaging lore movies, where a criminal underground is given rules and backstory that beg for more exploration.

Based on a true story and novel written by David Grann, The Lost City of Z is a modernized throwback to classic adventure movies, but with a bittersweet tone and heightened sense of survival. Centered around Percy Fawcett, who traveled across South America as a cartographer in the early 20th Century, The Lost City of Z doesn’t just follow an epic story of one man obsessed with discovering a mythic civilization that exists only in rumors and sparse ruins. It tells a grander story about how explorers find meaning in defying the oft-believed mores of their own civilization by seeking truth from other sources.

David Lowery’s slow, unsettling supernatural drama is not a movie for everyone. It’s a punishing film in its willingness to play with your attention span at times, but it’s somehow conveyed with a brilliant point. After a struggling musician (played by Casey Affleck) dies in a car crash, he rises from his hospital bed still draped in a sheet and follows his widow (played by Rooney Mara) back home to observe her grief.

What unfolds is an intriguing proposition for what the afterlife could mean for those who die too young based on the ghost stories we often tell in person or in books and movies. A Ghost Story is no horror film, but something far more engaging and worth understanding in its loose interpretation of time, space and what we leave behind.

The year’s funniest movie is probably The Big Sick, a heartwarming romantic comedy written by Kumail Nanjiani and Emily Gordon, who tell their own life story in this film about an interracial couple dealing with their cultural differences.

What sets The Big Sick apart from many other movies in this genre, however, is that one-half of the couple (played by Zoe Kazan) is in a coma for a long stretch of the film, and Kumail (who plays himself) finds himself bonding with her parents (played by Holly Hunter and Ray Romano).

There’s even more to The Big Sick that can’t fill a paragraph, ranging from a genuine immigrant story to a unique commentary on stand-up culture in Chicago. Overall, what makes the movie one of the year’s best is how all of this is stirred together in a memorable experience that hits all of your emotions equally and thoroughly.

Narrated by Samuel L. Jackson, I Am Not Your Negro is a documentary film based on Remember This House, an unpublished, unfinished manuscript written by civil rights activist James Baldwin. Directed by Raoul Peck, the film is an unrelenting account on the lives and deaths of Medgar Evers, Malcolm X and Martin Luther King Jr., told from Baldwin’s world-weary perspective.

Baldwin’s own words are heard throughout, supplemented by many of his written works over the years and before his death in 1987. But they’re enhanced by various footage and stills from the civil rights era that bring his keen observations to life, including interviews Baldwin himself had with civil rights opponents that are hard to watch, even when Baldwin takes them to task.

Jordan Peele’s social thriller about the literal horrors of bodily racism is still one of 2017’s most unforgettable films. Getting away from the typical commentary on prejudice, Get Out focuses instead on cultural appropriation taken to horrifying extremes that feel grafted from The Stepford Wives. It’s helped by a game cast, genuine thrills and ample humor that opens the doors for a serious conversation about casual racism.

Edgar Wright’s Baby Driver encompasses all of the reasons we have for going to the movies.

Filmgoers want to experience something new, visceral and game changing, which is exactly what this heist musical accomplishes with Baby (played by Ansel Elgort), a hearing-impaired getaway driver who lives his life to the beat of a constant stream of music in his ears, often to the discontent of his criminal allies, led by Kevin Spacey in one of his most fatherly roles yet, especially for a crime boss.

The rapidly paced and perfectly-edited Baby Driver is pure cinematic pleasure with only a handful of unfortunate problems, including female characters who are grossly underwritten compared to their male counterparts. Still, Baby Driver is packed with some of the year’s most jaw-dropping scenes choreographed to some of music’s best tracks, period.

Honorable mention goes to Wonder Woman, Guardians of the Galaxy, Vol. 2, War for the Planet of the Apes, Logan and Okja.

New Details Have Emerged About the Shooting of Justine Damond

Sin, Selective Outrage and What We’re Getting Wrong