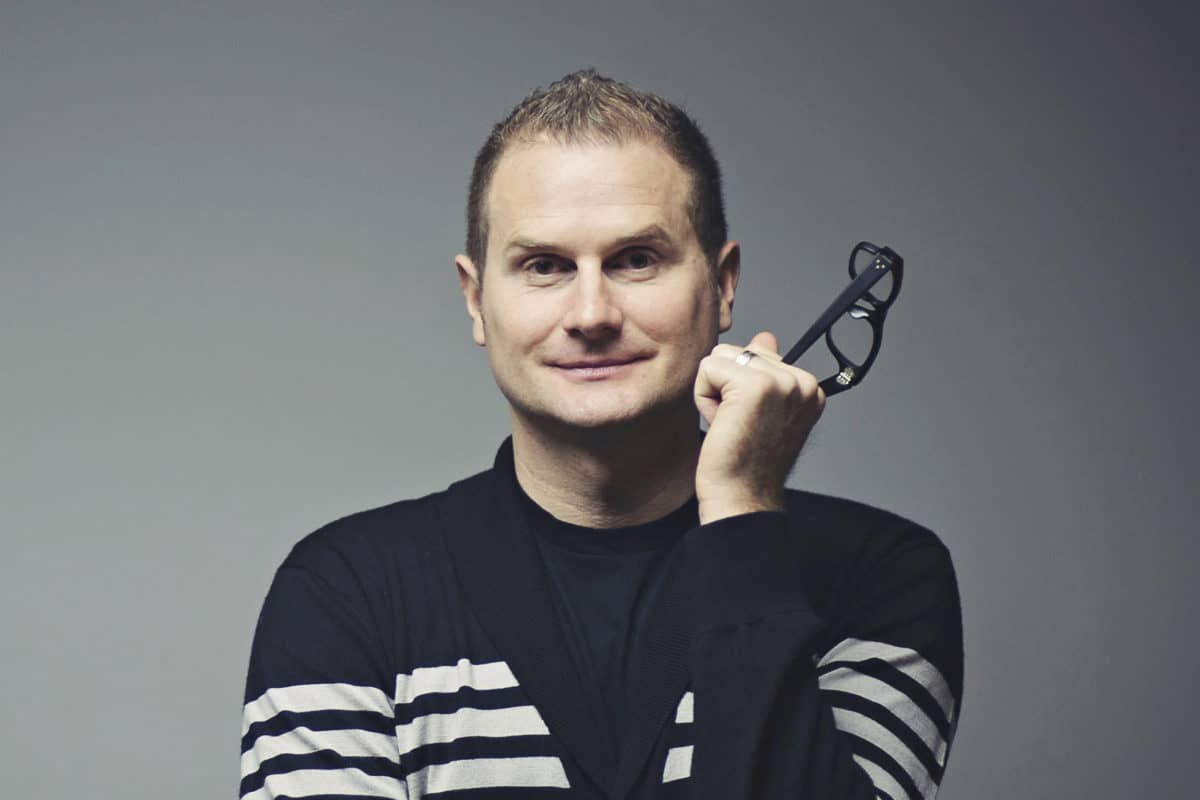 Rob Bell was brilliant, I thought. During my 11 years as a pastor, he shaped my communication style more than anyone. I shamelessly stole illustrations and sermon series ideas. For awhile I aped the hyper-specific … cadence … he would use. I’ve told my 3-year-old, “There’s nothing you can do that will make God stop loving you” hundreds of times, and recently, while rewatching one of those old Nooma videos, I heard Bell say the same thing. I’d forgotten that’s where I first heard it.

The Heretic is a new “day in the life” documentary about Bell’s latest book tour promoting How to Read the Bible. The film follows Bell from speaking gigs to readings to press junket promotions, and that footage is interspersed with Bell and his friends unpacking the legacy he’s creating for himself. Everyone praises Bell’s courage, and we watch the audiences—always white and affluent—devour his message. But after 70 minutes of immersion in Bell’s worldview, I couldn’t tell you what his message is, other than any sort of organized Christian faith is bad.

Bell has always delighted in boundary-pushing. In his first book, Velvet Elvis, he dropped a throwaway line asking if the doctrine of the virgin birth was really essential to the Gospel but moved on without elaboration. Bell has lobbed these kind of thought grenades at the stodgy, old-guard evangelical Christians for years, but the grenades were exploding in his actual audience, a community of young, impressionable 20-somethings looking for guidance. The more he became a provocateur, the less I followed him.

When Bell resigned from his Grand Rapids church in 2011, I stopped paying attention to him altogether, but what news I did hear concerned me. I knew he was a mentor to comedian Pete Holmes, who claimed his spiritual views—a fuzzy, quasi-atheism rubbing shoulders with feel-good deism—were heavily shaped by Bell. I came to The Heretic concerned, but hopeful. I wanted to see signs that Bell was sneak-attacking the message of Jesus into the celebrity culture of Los Angeles. I was disappointed.

There are only two critical voices of Bell in the film. One is a group of street-screaming doomsdayers yelling at people outside one of Bell’s concerts. The other is CNN’s Franklin Graham, another street screamer but with a louder megaphone. The protest footage cuts to Bell slumping down a New York City street, road-to-Calvary style, as though carrying the weight of these legitimately disturbing criticisms. But here’s the thing: There are people in the evangelical world who appreciate his giftedness, were shaped by it, but have concerns over the inherent goodness of his “good news.” We’re just not screaming through megaphones.

In fact, there are points in The Heretic where I find myself agreeing with Bell. He’s just as eloquent, funny and provocative as I remember. He discusses the Bible as a story of God defending the oppressed against the empires in power, and questions whether Americans, living in the most dominant empire in human history, will see it that way. He talks about how atheists and hyper-conservative Christians limit the beauty of the Bible through a fundamentalist approach. He criticizes evangelicalism’s blind support of Trump. I’m down with all of this critique.

But Rob Bell doesn’t say much about Jesus. He never mentions the cross, other than to say Jesus was killed for loving poor people, nor the resurrection. He doesn’t tell people about the hope-centric, pre-institution early Church and how they didn’t just believe in a kingdom now, but a kingdom to come that conquered death. For 70 minutes, The Heretic unpacks Rob Bell‘s beliefs at length, but Jesus as the son of God doesn’t seem to be among them.

In The Heretic, Bell chides churches for not being ecologically focused, for being anti-science, anti-gay and anti-Muslim. He says Jesus would be horrified that a religion was started in His name and that while some Christian religious expressions are beautiful, most of them are corrupt. Bell seems to enjoy tearing down temples, but he doesn’t rebuild them, instead leaving the wreckage for others to pick up.

Toward the end of the movie, a documentarian asks Bell the one thing he’d want people to know. His response:

What the modern world does is cut you off from depth, from fullness. The truth is everything you are working and striving for, you already have. So often we’re working, grasping, striving to feel worthy enough, when the good news is waiting for you that, ‘You are loved.’
[/lborder]

But loved by whom? Bell tells his audience you don’t have to use the word “God” if you don’t want to, because any other name will point to the same place, but I couldn’t tell you one thing Bell believes about this God other than He cares for the oppressed and doesn’t like people in power. Fine, but how do you experience Him? What is the path to learning more about Him? Who was Jesus, really? Bell can talk eloquently about God’s kingdom, but he doesn’t seem to care about helping people know God Himself. I want to believe there’s more to Bell’s message, but if there is, Heretic director Andrew Morgan doesn’t show it.

In The Heretic, Rob Bell doesn’t question the foundation of American Christianity, he questions the need for foundations at all. If you come to the movie—or Bell himself—hoping for answers, you’ll only leave more confused than you were before.

Correction: A previous version of this article stated Rob Bell left Mars Hill Bible Church in 2007. He left in 2011.