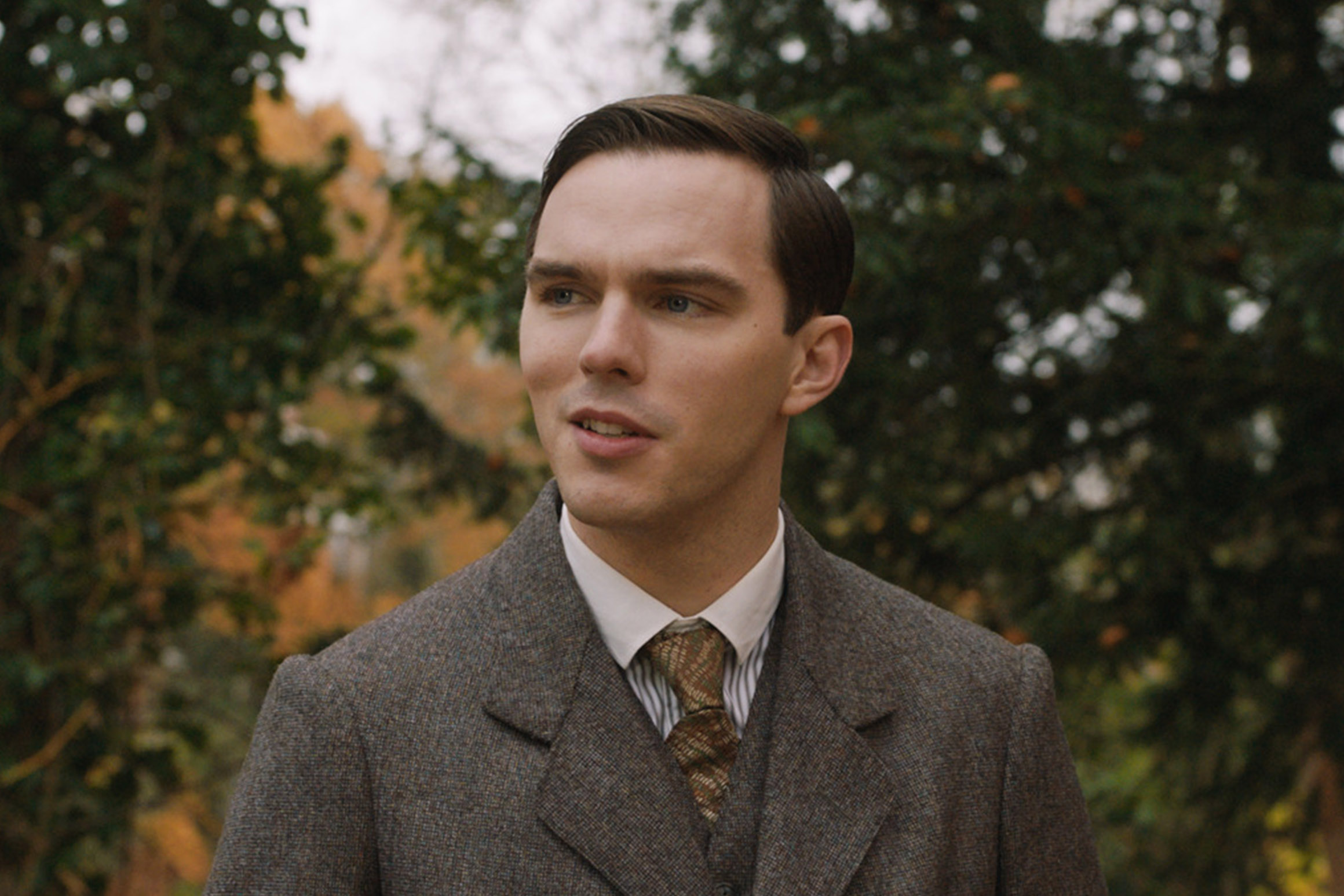 How Joy Williams Dealt With Rumors After the Civil Wars Breakup

This is a review of the new J.R.R. Tolkien biopic, Tolkien. People have a lot of questions about this movie considering its subject and the apparent liberties the filmmakers took with his life, so the best way to talk about it is through a Q&A format. That way, we can just address everyone’s questions up front.

Is that your first question?

Almost as lazy as this movie! Hey-oh! No, but seriously, what’s your question?

Was the movie good?

Only a little. Watching Tolkien is like watching a dramatization of his Wikipedia page. It touches on the beats of the author’s life, but it doesn’t characterize him beyond his passion for language and stories. In other words, the J.R.R. Tolkien in this movie doesn’t have an emotional journey and isn’t chasing any explicit goals, and that means after two hours, you won’t feel like you have a greater understanding of his life than you would after a few minutes on the internet.

But isn’t this movie a little bit of a love story?

It is, but while it covers much of Tolkien’s courtship with his eventual wife Edith Bratt, their relationship isn’t very well-illustrated. You know they love each other because the movie tells you they love each other, but their connection doesn’t really come through in the filmmaking, performances or script. Nicolas Hoult, who plays Tolkien, and Lily Collins, who plays Bratt, don’t have much chemistry, either (try as they might!). You just don’t really feel their romance.

How is Nicolas Hoult, by the way?

He’s OK, but his shortcomings are probably the script’s fault. Again, the movie doesn’t give Tolkien any defining traits for Hoult to express. He mostly just says aloud how much he likes languages and stares at computer-generated Lord of the Rings references. Hoult plays more of a cardboard cutout of J.R.R. Tolkien than a real person. It’s too bad. He’s a capable actor.

Is Lily Collins good at least?

Yeah, she is! The script doesn’t give Edith Bratt much dimension, either, but Collins injects her part with a hint of inner life, more so than Hoult can manage. That’s to Collins’ huge credit, but it also means in her scenes with Hoult, she overpowers him. She’s magnetic and real-seeming and the brightest spark in the movie. The imbalance between them is obvious.

You mentioned Lord of the Rings references. What are those like?

They’re the most creative thing going on here, but even though they present Tolkien’s largest opportunity to dodge traditional biopic tropes, the movie doesn’t take advantage of their visual, thematic or dramatic potential.

Every now and then the movie catches Tolkien looking at an imaginary dragon or black rider (suspiciously styled to look different than their LOTR counterparts—you wonder if the movie didn’t have the rights to any direct likenesses), but the allusions don’t impact the story enough to be called elements of magical realism, touches of psychedelia or dream-like apparitions. Their insignificance makes them tiny visual flourishes, but nothing more. They don’t elevate the story, communicate anything about Tolkien or draw out any particular themes in the movie (which, uh, holler if you find any of those; they seem to be missing). As a stylistic choice, they work, but as a filmmaking choice, they don’t matter.

Well, how much of the Lord of the Rings writing process is in the movie?

Tolkien treats Lord of the Rings as its final destination. We’re basically walking through what the movie considers the origin story to its subject’s famous works, but what the movie doesn’t understand about origin stories is that the best ones depict the origins of someone’s inner life, not their external achievements. For example, Spider-Man isn’t about the creation of the Spider-Man iconography. It’s about how Peter Parker acquired the worldview that motivates him to be Spider-Man. Lincoln, likewise, isn’t really about the passing of the 13th Amendment. It uses that moment in history to illustrate how Lincoln learned to balance his moral convictions and his political savvy. Great origin stories follow emotional journeys. Tolkien just follows a career path.

What does Tolkien do right?

The movie does a really nice job depicting Tolkien’s boyhood and adolescence, which is a relief, because that’s how it spends most of its time. The main plot beats cover the author’s time making mischief with his friends at boarding school and university, and these stretches are charming and largely breezy, like an uncomplicated Dead Poets Society or a buttoned-up School Ties. There’s an imaginary version of Tolkien that commits all the way to this arc, and you wish the movie had done so.

Can you imagine any other versions of the movie based on what’s here?

Funny enough, the other parts of Tolkien that work well are the intermittent scenes that follow the author’s experience in the WWI Battle of Somme. The movie cranks up the Rings imagery to a higher frequency here and actually deploys some striking camerawork and compositions, but again, it’s just for show and isn’t substantive.

If Tolkien had been bold enough to draw a thicker line between the author’s war experience and the influences behind LOTR, the artistic payoff would probably have been worth the ruffled feathers from the Tolkien estate and any fans who ascribe to the late author’s persistent assertion his work isn’t allegorical. The WWI scenes are arbitrary in Tolkien, but they’re competent and interesting enough they almost beg to be enriched.

That reminds me: The Tolkien estate preemptively renounced this movie. Was it worth the fuss?

Not really. The movie just doesn’t have enough to say about Tolkien as a person to make an endorsement or renouncement communicative about the estate or the film itself. There are some thin connections made here between the author’s life and what would show up in LOTR, but they’re so non-commital they’re not worth any kind of direct address. You wonder, really, if a previous version of Tolkien went harder at these parallels before someone chickened out and took it back. That movie wouldn’t just make for a better story, it would have a more exciting story behind it.

So do I need to see Tolkien?

If you’re the most die-hard LOTR fan, maybe, but for the most part, people can skip it. This is a pretty-faced biopic that only goes skin-deep about a subject who was worth a much more nuanced examination. Rings introduced the world to a grand fantasy birthed from one of the most creative minds in modern literature. It’s a shame, but after seeing Tolkien, you’d never know it.