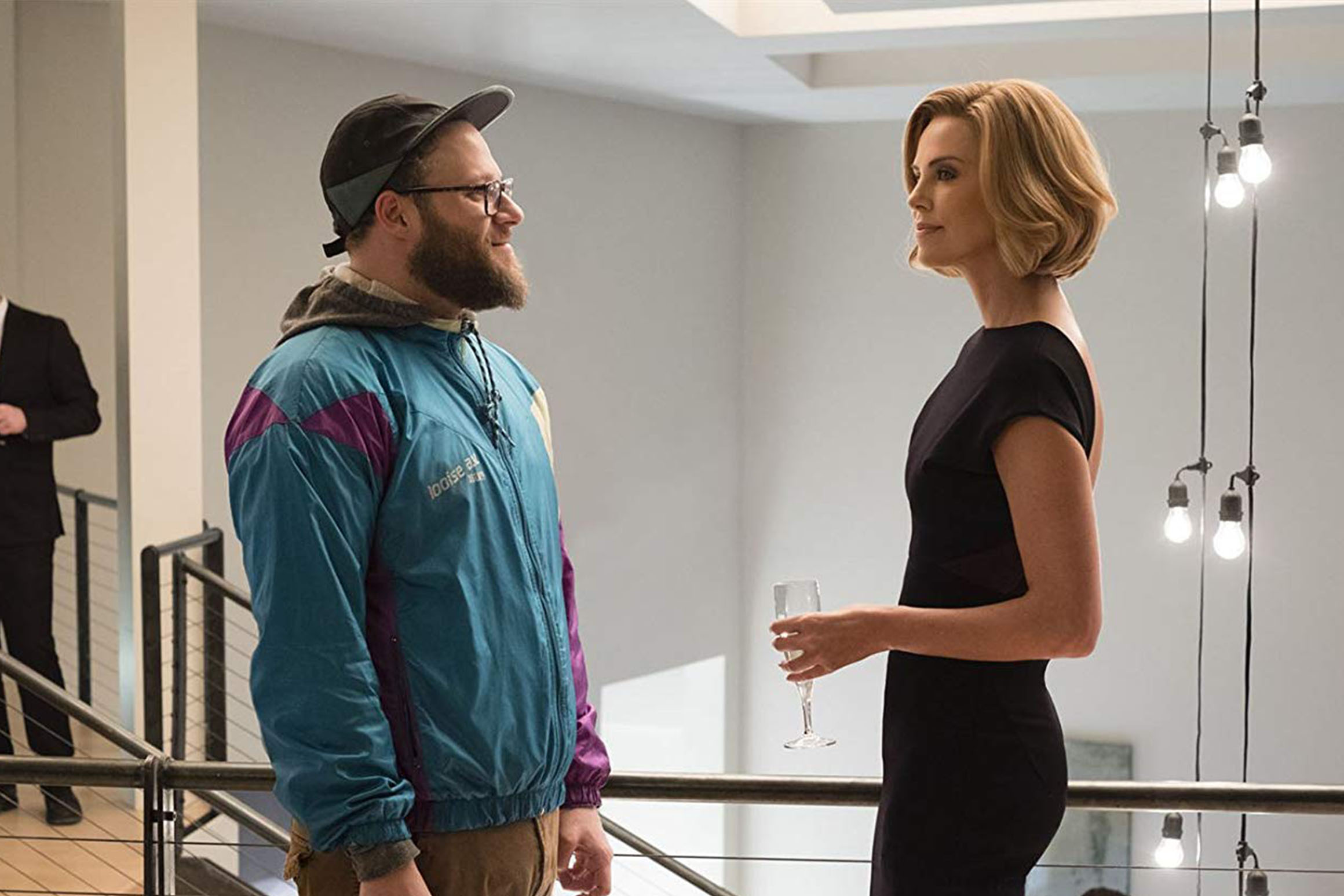 Will the Evangelical Church Reckon With Its Terrorists?

Since the 2016 election, new relationships have had to deal with the unfamiliar threshold of the couple having to out their politics to one another before things become too serious. It’s a weird, unforeseen symptom of divisive modern discourse, with people talking about red and blue allegiances with more rigidity, less compromise and—upon first meeting—more caution than ever. Long Shot is about that dynamic. It’s a Trump-era rom-com, and it works because it’s open about its political bent.

Long Shot’s setup invites partisan tension. Seth Rogen is a hardline liberal journalist who stumbles into a speechwriting gig for Charlize Theron’s Secretary of State, who just happens to be his old babysitter. Theron shares some of Rogen’s leftist views, but her compromises irritate him, and as their romance develops, the conflicts of their individual positions, viewpoints and values complicate their already tricky power dynamic as employer and employee. It’s a true-feeling network of relationship problems the movie mines for some strong laughs.

Seth Rogen and Charlize Theron fall into the paradoxically classic “unlikely pairing” model. Rogen’s the schlub chasing the woman way out of his league and Theron’s his steely, uber-successful counterpart. He needs to learn a thing or two about real life. She needs to have fun. You know the drill.

Maybe Long Shot doesn’t quite make its central romance believable, but Rogen and Theron are two down-for-anything performers, and that means you’ll be down for all the high jinks the movie serves up anyway, from an absurd molly trip (and its hilarious consequences) to a wild pseudo-action sequence that lets Charlize do some rad Charlize stuff while Rogen provides Rogen-esque reactions. Long Shot knows its player’s strengths and in its best moments, it lets them flex.

But like any romantic comedy, Long Shot eventually scales down the slapstick and banter in favor of sincerity, and here the movie brings forward its political commentary. It’s well-delivered no matter where you fall within or among party lines. Though its lead characters are liberal, Long Shot is bipartisan. It advocates for healthy political discourse over any specific ideology.

The movie’s version of the rom-com confessional actually happens twice, once between Rogen and Theron and once between Rogen and his best friend, played by O’Shea Jackson, Jr. The former is cathartic, especially for Theron, but the latter is when Long Shot aims broadest, and it’s when people of all backgrounds will find common ground with the movie’s point of view.

Rogen takes his romantic complaints to Jackson, explaining how frustrated he is with Theron’s political practices. Jackson hears his buddy out, but then takes a breath and admits to his friend he’s a Republican. Rogen’s shocked; remember, his character is the furthest-left person in the movie. His indignance, and Jackson’s subsequent braggadocious lines (“I’m about the G-O-P and the G-O-D!”), coaxes the biggest laughs of the entire movie, but the moment’s great for both its truthful foundation and its hopeful outlook.

Once Rogen emerges from his “I’ve been friends with a Republican and a Christian this whole time?!” shellshock, he and Jackson evaluate their friendship in light of their new understanding. In the end, the only thing that changes is their decision to not change a thing. They don’t leave their individual values behind and meet in the middle. Instead, they peek into the other’s experiences and educate themselves from positions of mutual respect. It’s an idealistic and attainable image of what healthy political dialogue looks like in 2019. It doesn’t come with a false harmonic note or a “we’re not so different after all!” message. It acknowledges the real differences between voters in America while showing how those differences can coexist. It’s awesome.

The scene has an application within the movie and without. Within the movie, Rogen goes back to Theron and affirms his feelings for her while recognizing their preferred modes of political engagement might differ. What’s important is his support for her, not necessarily his support for her politics. She, in turn, empowers herself to take a stand for what she believes in despite their disagreement. As far as rom-com endings go, it’s typically neat, if more nuanced than usual.

But taken outside the movie, Long Shot’s closures are aspirational. Political disputes today are settled most often by a) an uneasy form of “agree to disagree” or b) rupturing hate speech online. Chances are, we’ve all seen both. What makes this movie’s picture of resolution different is how it redefines tolerance. Tolerance isn’t passive here; it’s active. It’s characterized by someone make the choice to validate someone else’s experience while maintaining their personal beliefs.

Rom-coms don’t have to be this smart, but this movie—like it’s sloppy male lead—exceeds expectations. Pretty much every movie in the romantic genre is tidy, but very few recognize the untidiness of the real world. Long Shot delivers the satisfaction of the first trait alongside the provocative reflection of the second. Politics haven’t just felt this funny in a while; they haven’t felt this inclusive, either.

The New Trailer For ‘Spider-Man: Far From Home’ Spoils ‘Avengers: Endgame’ With Abandon