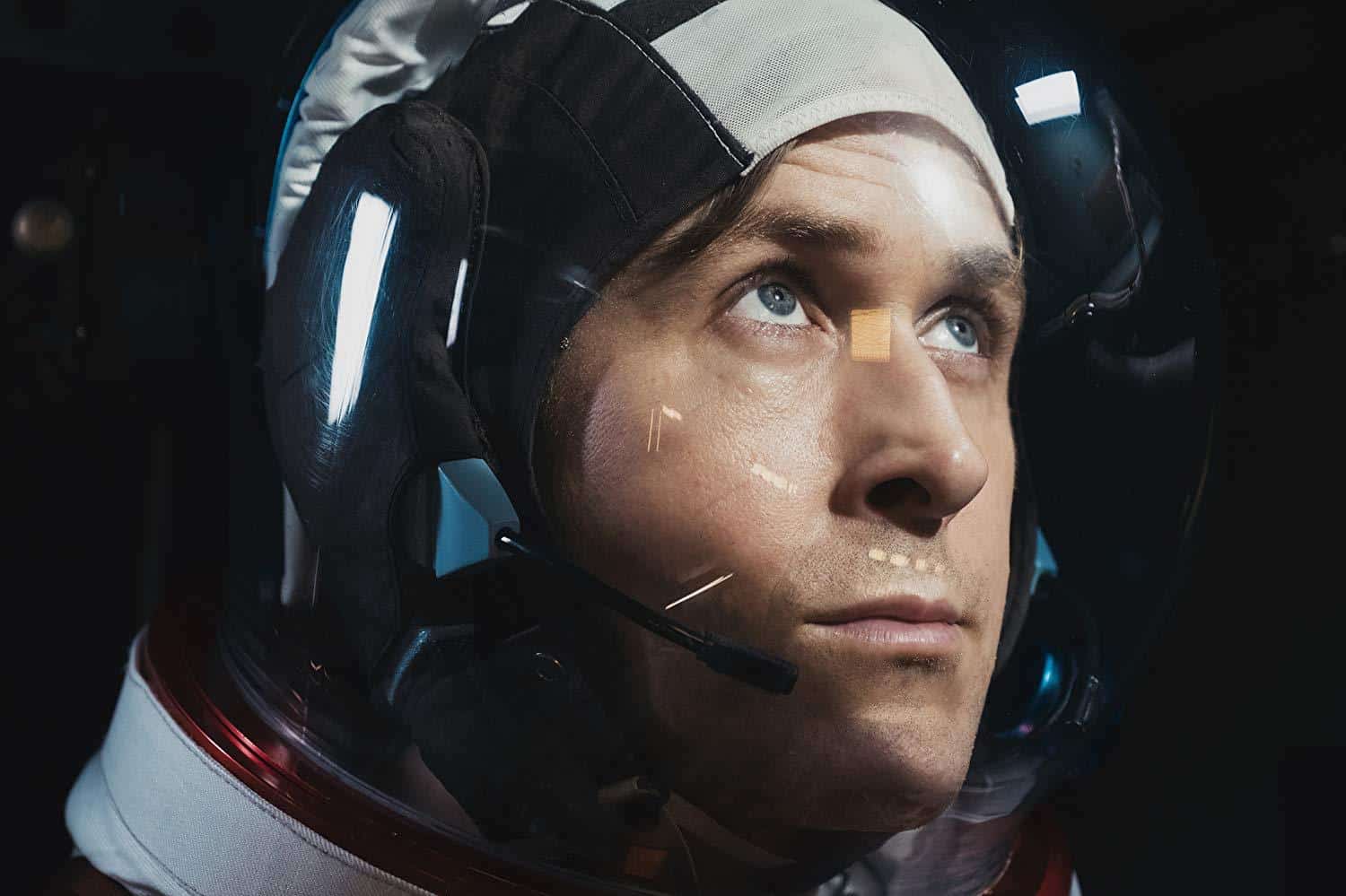 It seems ridiculous to say so, but watching First Man in a theater feels like what you would imagine a journey to space feels like: visceral, thrilling and profoundly perspective-shifting. The movie trades the spectacle of Interstellar for the rattling intimacy of Dunkirk. It batters you, kidnaps your emotions and defies your conceptions. The focus is Neil Armstrong, but the journey is as much yours as it is his, and everyone will come back different. This is why we watch movies.

Describing First Man as a Neil Armstrong biopic is ill-fitting for the movie’s true scope. Armstrong (a withdrawn, unflappable Ryan Gosling) is in almost every scene, but First Man stretches to encapsulate how the American lunar missions affected his family (particularly wife Janet, portrayed by a stellar Claire Foy), his fellow astronauts, NASA and the nation at large.

Many of the space race’s consequences take place offscreen in First Man, but that’s a key reason for its success: It’s just as powerful for what it doesn’t show you as for what it does.

First Man takes a counter-intuitive approach to covering its central endeavor. While other space-mission movies like Gravity and Apollo 13 make the spectacle of space as huge and imposing and wow-worthy as possible, First Man doesn’t play most of its cards until the finale. Before then, the views of space are limited to what the astronauts can see out a window: a satellite here, a few stars there. The teases work. Don’t be surprised—or embarrassed—if you find yourself craning your neck to catch just a little bit more of the edge of the earth. It’s really something.

But while the grand payoffs of space travel are withheld for most of the movie, there are still fresh revelations to be felt inside the cockpit. First Man shoots Armstrong and his fellow astronauts from claustrophobic angles, like the cameraman was smashed up against the inner wall of the shuttle. The camera shakes and moves and often seems to be fighting for control. The style fits the action. The astronauts are usually fighting for control, too.

First Man throws the sheer collective accomplishment of the Gemini and Apollo missions into sharp clarity. These were precarious, dangerous, life-threatening ordeals, with success often resting on a few wires, some stray nuts and bolts or, in one wild scene, a quick fix with a Swiss army knife.

The team’s ambition had painful consequences. NASA had its failures here, and First Man isn’t shy about the jarring losses these efforts produced. Tragedy strikes in this movie often, and thanks to the cramped cinematography and loud, mechanistic sound design, you’re there for every costly mistake. It’s excruciating. The journey to the moon is often presented as a brave-faced, intrepid voyage. Here, it’s a razor’s-edge survival mission.

As the stakes rise and the climactic Apollo 11 mission looms, First Man merges Armstrong’s external goals with his internal struggle. This man had deep-buried traumas, and the movie’s unspoken mission rests on his hope that a moon landing will, finally, bring peace to the storm in his psyche. Imminent danger aside, the final boarding scene is marked by desperation. This isn’t a pageant like in The Right Stuff. This is a march to the ultimate: If this doesn’t work, nothing will. There is no next.

During its peak moments on the moon, with the quotes you’ve heard a thousand times and the famous steps you could only imagine, First Man burns every last ounce of fuel. It’s a permanent sequence, imbued with jaw-dropping scale, gorgeous audio flourishes and a stirring sense of tactility. You will feel like you can reach out and touch the lunar surface. The sun glitters off individual specks of dust. The earth and stars hold weight in the background. The silence presses on your ears. First Man takes you on a moonwalk. It makes the indescribable describable, and this accomplishment—the limit-shattering trip through space—becomes universal. One feeling presides: We did it.

That’s this movie’s true power. For its intimate focus on Armstrong and the men and women of the Apollo missions, First Man retains a collectivity that allows you to enter the cockpit and share in the achievement. Everything here, from the sound design to the camerawork to the first-rate performances, is designed to involve you. Movies often ask us to step outside ourselves and find a way into the story. First Man asks you to come as you are.

We go to the movies so we can realize another experience, and few experiences seem as unknowable as a journey to space. For its accessibility, First Man does the impossible. It grounds an event that literally defies grounding, and finds a new way to look at one of the greatest achievements of human history. What’s more, it lets you participate in that event, and that makes it uniquely inspiring.

First Man is a must-see. It’s not like any other space movie, but now it’s hard to imagine a space movie being any other way. This is a technically excellent movie, but its essential for its ability to transport you. It’s so much greater than Armstrong, because this journey was never about a man. It was always about mankind.

Like It or Not, the Amy Winehouse Hologram Tour Is Happening