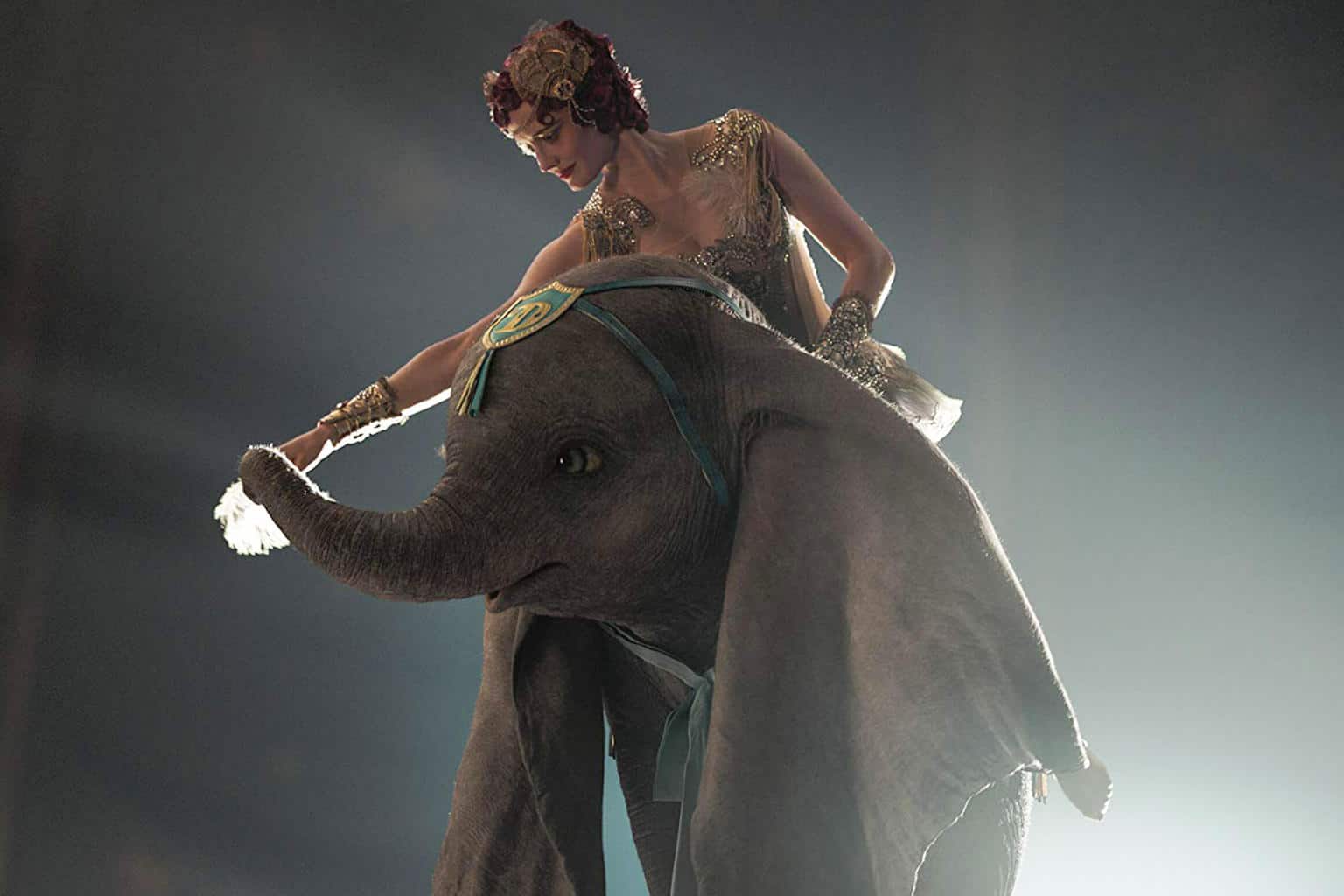 Everyone in Dumbo is measured against our titular blue-eyed elephant. He’s the litmus test for everyone’s character. The good people love him, the bad people hate him and if people don’t care about him, we’re not supposed to care about them, either. Dumbo is straightforward and unsurprising, but worse, it’s the first Disney live-action remake that feels like it forgot to involve any kind of imagination. Dumbo is adorable, but his movie doesn’t have a personality.

You know this story: It’s the one with the flying elephant. The original Dumbo was celebrated for its efficient story and odd, peppy dose of sadness (plus a possible dose of LSD). It’s one of the shortest, most distinct Disney animated features. For the remake, Disney tapped the strange, sometimes misguided sensibilities of director Tim Burton.

On paper, Burton is an intriguing fit for Dumbo’s circus act, and the movie bears this out in its design and palette. Everything is a bit cracked and faded, like a clown past its prime, and when the movie ducks under the big top, Burton flashes a few dazzling compositions. But by and large, this is far from the greatest show on earth. Dumbo leans a lot on CGI, and while the animals are detailed and tactile, the settings feel cheap and flat.

The emphasis in this new story is probably allocated to the wrong elements. The animated Dumbo was only an hour long, just an elephant learning to fly and learning to be proud of that distinction. It works. The live-action Dumbo gives its main emotional beats to human characters adjacent to our feather-focused pal, and—forgive the honesty—you’re just not going to care very much about the wooden child actors and thin archetypes surrounding the little guy. Dumbo asks for you to care about the sideshows, but you’re there for the main attraction. It doesn’t connect.

Maybe Dumbo would’ve worked if its humans were more interesting. The cast is nothing to shrug at: Colin Farrell is a serviceable heroic father trying to help his children protect Dumbo, and Eva Green is a serene trapeze artist forced into partnership with Michael Keaton’s waxy circus tycoon. Meanwhile, Danny DeVito—the best part of the movie—is the most Danny DeVito carnival barker ever. But despite their famous faces, none of the characters are multi-dimensional. Only one of them, Farrell, is different by the end of the movie, and all of them are thrown into simplistic comparisons alongside the movie’s central magical performer.

In this movie, Dumbo isn’t a character so much as a measuring stick. The children (as anonymous in Dumbo as they will remain in this article) are good because they treat Dumbo well and give him peanuts. Michael Keaton is bad because he wants to profit off of Dumbo. Danny DeVito is bad, then good, when he wants to profit off of Dumbo but then doesn’t like it when Michael Keaton does the same thing. Colin Farrell is indifferent toward Dumbo, so we don’t like him, but then he helps him, so we like him. This isn’t hard.

Not that Dumbo needs to be some grand morality tale awash in gray, but it should certainly use its titular character in a more interesting way than a signaling device about all the other people in the movie. The human characters deserve self-defined arcs, and Dumbo deserves a story of his own. He’s certainly endearing enough for it.

At least a movie focused on Dumbo has hope for the same type of distinct personality as the animated classic that inspired it. As is, Dumbo is blasé. The LSD-ish bubble fantasy is here in part, and it’s no accident it’s when the movie seems to wake up. In the animated version, this scene is a bizarre (but thrilling) outlier of tone, but in this version, it feels right on target. It’s when Tim Burton flexes the most, the circus vibes come through strongest and Dumbo is given the most semblance of an inner life. It’s engaging in a way the rest of the movie isn’t, and it’s gone as fast as it takes all the bubbles to pop, which isn’t long.

Disney has a tradition of communicating simple (and sometimes complex) moral lessons effectively because the characters that deliver those lessons learn them along with us: Woody in Toy Story, Marlin in Finding Nemo, Moana. Dumbo doesn’t have a chance to do that in this movie because he’s just something to be reacted to by everyone else.

For audiences, it’s the same way. Dumbo is cute and he has magical characteristics, but none of that magic is inspiring or infectious. This elephant used to be a character. In Dumbo, he’s just a special effect.

Can You Handle These Cringey News Anchors Forcing Teenspeak Into Their Broadcast?

Listen: The New Song From Tallest Man On Earth Belongs On Your Spring Playlist