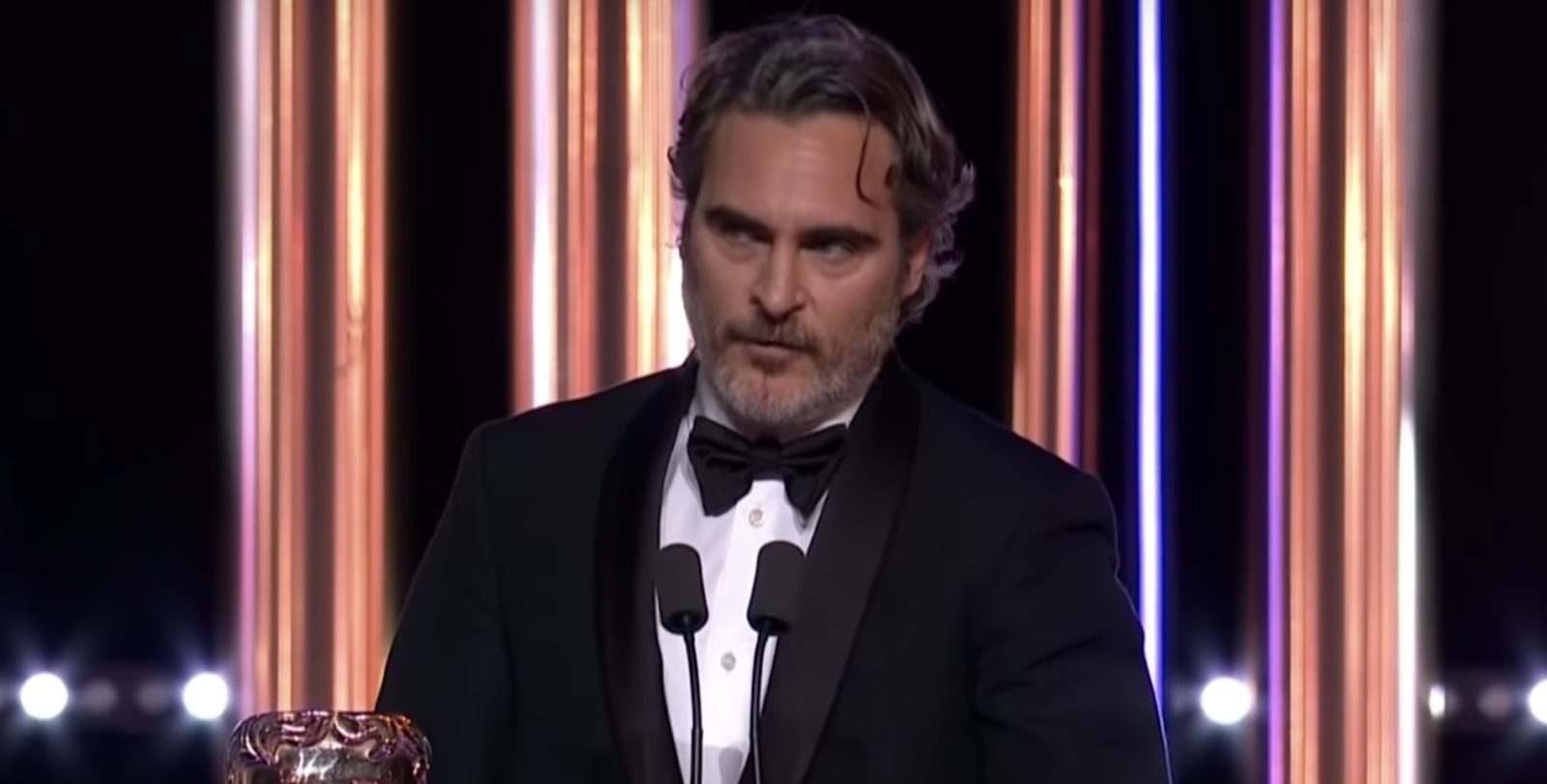 While most Americans were watching the Super Bowl, film-lovers were glued to the Baftas — a British film award ceremony that may or may not provide some insights into how the Oscars will fall next Sunday. As expected, Joaquin Phoenix collected a Best Actor award for his performance in Joker, but more surprising was his acceptance speech in which he called out systemic racism in the industry with much more force and fire than actors are usually willing to muster.

“I think that we send a very clear message to people of color,” Phoenix says. “That you’re not welcome here. I think that’s the message that we’re sending to people that have contributed so much to our medium and our industry and in ways that we benefit from.”

“I don’t think anybody wants a handout or preferential treatment, even though that’s what we give ourselves every year,” Phoenix continued. “I think that people just want to be acknowledged and appreciated and accepted for their work.”

Award shows aren’t exactly strangers to calls for diversity but Phoenix’s speech stands out from the endless sea of trite slogans and empty gestures. With thoughtful nuance and moral clarity, Phoenix makes it clear that this is something he’s taken time to educate himself about and — and this is key — recognized his own failings with regard to inclusivity in his industry.

“This is not a self-righteous condemnation,” Phoenix noted. “Because I’m ashamed to say that I’m part of the problem. I have not done everything in my power to make sure that the sets I work on are inclusive. But I think it’s more than just have sets that are multi-cultural. I think that we have to do the hard work to truly understand systemic racism. I think that it is the obligation of the people that have created and perpetuate and benefit from a system of oppression to be the ones that dismantle it. So that’s on us.”

You can watch the whole thing below.