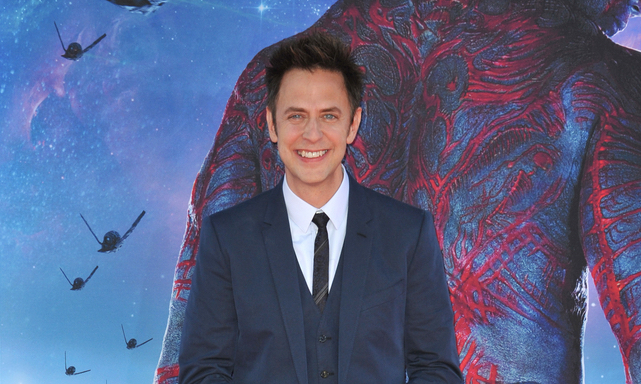 Few stories from the past few years of Cancel Culture are more telling and dramatic than that of James Gunn — the once and future writer/director of Marvel’s Guardians of the Galaxy franchise. Gunn was riding high on goodwill and good money from the Guardians movies until the strange saga of his firing from Disney made him a premiere example of a concurrent crop of male celebrities facing accountability for their past indiscretions.

In Gunn’s case, the story of his fall wasn’t as clear cut as it could have been. An online mob of alt-right trolls launched a furious Twitter campaign against him in response to the director’s public comments against the Trump administration. The trolls dredged up old tweets in which Gunn joked about pedophilia, and while Gunn apologized,  it was too late and Disney axed him from any future Marvel projects. Though the outcry from Gunn’s Guardians cast was loud — there was a signed letter of protest from Chris Pratt, Zoe Saldana, Bradley Cooper and the rest of the stars — Gunn himself stayed quiet.

But in December, it was announced Gunn had been re-hired to the Guardians franchise, in addition to picking up a gig rebooting Suicide Squad at DC, Marvel’s closest superhero competition. Through it all, Gunn has remained relatively silent, but now he’s opened up to Deadline with a thoughtful Q&A in which he seems sincerely remorseful for some of his past “jokes” and honestly reckons with his own redemption. “I don’t blame anyone,” he says. “I feel and have felt bad for a while about some of the ways I spoke publicly; some of the jokes I made, some of the targets of my humor, just the unintentional consequences of not being more compassionate in what I’m putting out there.”

In addition to Disney having the right to fire him, Gunn acknowledges what he said was wrong. “I know that people have been hurt by things that I’ve said, and that’s still my responsibility,” he said. “I wasn’t as compassionate as I should be in what I say.”

He also grapples with how getting the franchise taken away made him realize how much he’d been using it as a substitute for real love and connection. “My apparatus for being loved was my work, and being famous,” he said.

But after Gunn’s firing, the support he received from people like Pratt and Dave Bautista helped him realize his friendships could exist outside of the space of popular approval. “In order for me to have fully felt that love for the first time, the thing that needed to happen was the apparatus by which I was feeling falsely loved had to be completely taken away,” he said.

Gunn doesn’t give many hints as to what he’s got in store for Guardians 3, but he does note that Rocket Raccoon — the ruffian rodent voiced by Cooper — is the character arc he’s most interested in revisiting. As to what he’s learned from the ordeal, Gunn said: “People have to be able to learn from mistakes. If we take away the possibility for someone to learn and become a better person, I’m not sure what we are left with.”

You can read the whole interview over at Deadline.