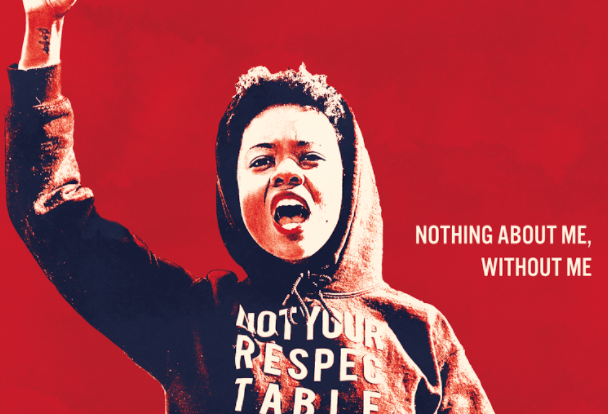 This weekend, Fuse will air the new documentary from filmmaker Dan Parris about the aftermath of the killing of Michael Brown, the Ferguson protests and how young activists are working for change.

Show Me Democracy tells the story of seven St. Louis college students who are battling injustice, raising awareness about police brutality and fighting for real reform in their community and within the local education system.

We recently spoke with Parris about the movie (which airs on Saturday evening), his connection to the community and why this is a story that must be told.

How did you get involved with this story?

I’ve done documentaries—one was about extreme poverty in Africa (What Matters); I have documentaries in Nicaragua and other places—but I’d never done one in my hometown of St. Louis, and then Ferguson happened.

I just felt like that wasn’t my story until about two months after Mike Brown’s death when a young man named VonDerrit Myers was actually killed in my neighborhood.

It’s such an interesting and dramatic title. Where did that phrase come from, “Show Me Democracy”?

Throughout the film you’ll hear that said in different contexts. The idea is that democracy is messy, and it looks like a lot of different things, and the fact that it was happening in Missouri, the Show Me State, it just seemed like the perfect name for the film.

The film is really concerned with the question, “Can a small group of young people make a difference in complex and imperfect systems?” What kind of strategies did they use to make that difference?

People want to critique protests and say they don’t make an impact, but what protests definitely do is they create a political will.

If there wouldn’t have been those protests in Ferguson, it would have just blipped off the radar. But people in that area rose up and said, “We’re not just going to let this happen. We want justice in this situation, and we’re not getting out of the streets until we hear it.”

That created the political will that thus drove so much attention to this issue.

I think in a lot of ways people who are doing protests, they get the media attention, they drive the political will, but then it also takes people who are going to come up with policy ideas. Who are going to run for office, Who are going to vote on these issues and drive those impacts home, to kind of finish what the protests started. So in the film, you’ll see the students testify on legislation in our capital. You’ll see them meet one on one with legislators. They wrote op-eds. They spoke at different events.

The idea is that people won’t really pay attention unless you disrupt their life.

What are some of the policy and legislative solutions they’re fighting to see implemented?

We all talk about how education is a route out of poverty. But if you go to higher education, it puts you more into poverty, and it doesn’t really solve that problem. Costs of schools increase and financial aid decreases.

It spreads that gap between people’s opportunity.

[Missouri] has a very inequitable scholarship program. They have one program called Bright Flight where if you have this certain ACT score then you get this certain amount of money.

Twenty schools in the whole state are getting a third of those awards, and like 2 – 3 percent of those students are actually African-American which is, I believe, the second largest minority in Missouri.

Really, who is getting this funding are kids who are already going to private schools, or some of the most well-funded schools in our state.

These policies were very much connected to the issues in Ferguson.

Those educational issues that started brewing some of the anger—the housing issues, the policing issues, a number of other issues, the judicial system—made people just tired of it. Those are the ones they really focused on with education.

Education is a tool for change, but if people don’t have the ability to go to school, how are they going to be able to change their situation?

“Show Me Democracy” airs on Saturday, April 29 on Fuse.

This interview was edited for length.

The ‘Captain America’ Director Is Taking On ‘The Silver Chair’ Next

‘The Circle’ Is a Surprising Allegory About Church Abuse