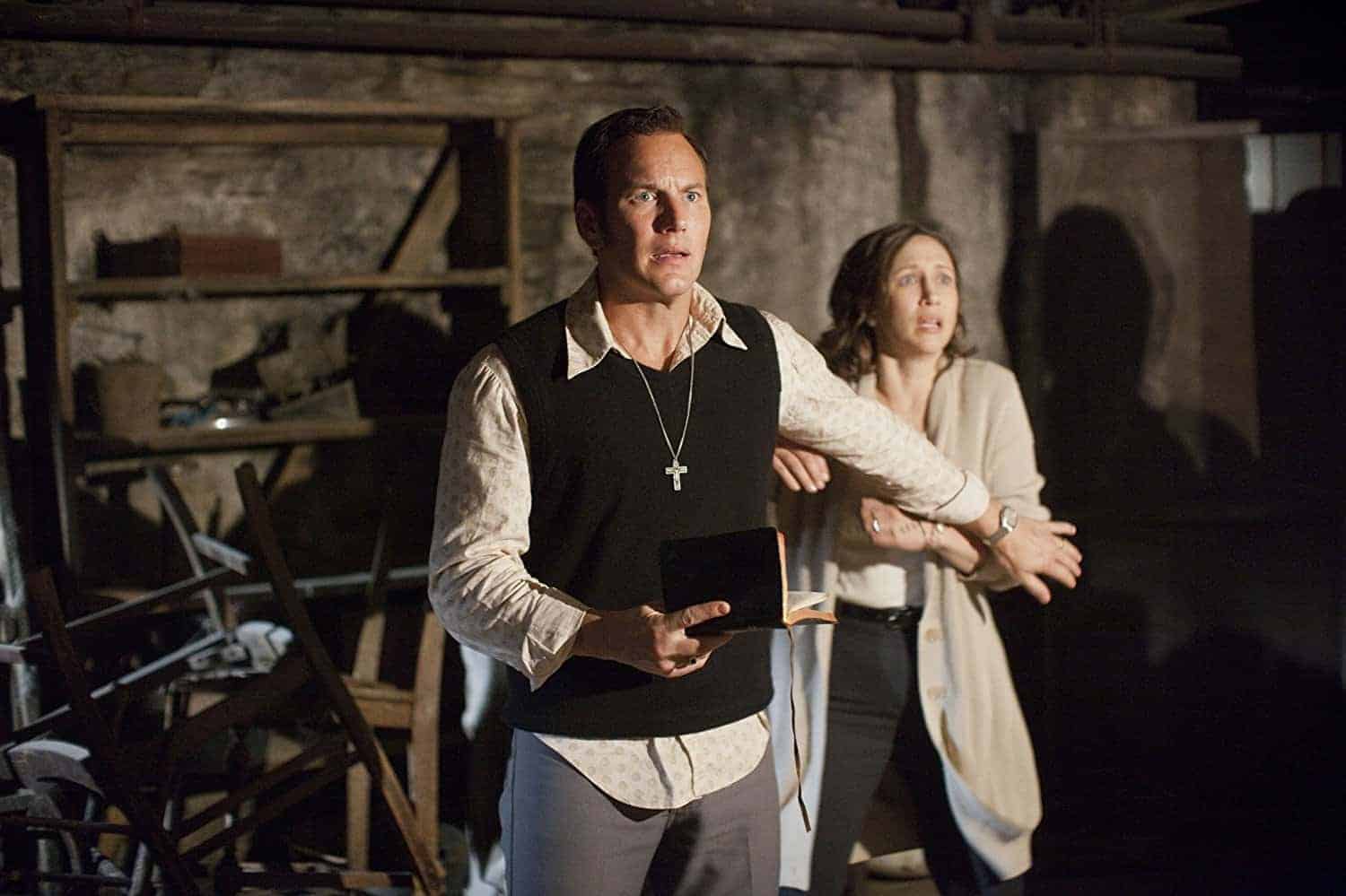 The Conjuring came out five years ago, and there hasn’t been a better faith movie since. I Can Only Imagine, War Room and God’s Not Dead were cute affirmations, but they’re too simple-minded and preachy. Hacksaw Ridge, Silence and First Reformed are more nuanced, but their artsiness permits you to keep them at arm’s length, so they don’t stick. The Conjuring marks you. It’s scary, no doubt, but it’s also grounded, complicated and hyper-intelligent. Call it blasphemy, but it’s the decade’s gold standard for how a movie can engage with spiritual ideas.

Upon its release in 2013, The Conjuring was heralded as a potential revival for the horror genre. For years, the genre had been slumming in truly sick and repulsive territory. The Saw franchise was eyeing its eighth movie, found-footage had devolved from an immersive device to a cheap, slapdash gimmick and you couldn’t enter a theater without seeing another exploitative poster for whatever “based on a true story” demon flick was coming out next. If you liked horror movies, it was a brutal period. If you thought they were evil, you were justified. These movies were irredeemable trash.

And at first glance, The Conjuring appeared to fall into that lowbrow rut. Its director, James Wan, was the creator of Saw, and its story was another silly-seeming recreation of a famous exorcism. You had seen this one before, right?

Well, actually no. A look deeper into the movie’s roster of cast and crew members reveals a surprise: The Conjuring boasts a pair of Christian screenwriters, Chad and Carey Hayes. The two brothers had been hacking their way through TV movies for a couple decades, but after gaining a bit of horror-genre traction with The Reaping and House of Wax, they broke through with The Conjuring. And it might not be a coincidence because the characters in The Conjuring are based on a pair of honest-to-God believers.

Ed and Lorraine Warren are the lead characters in The Conjuring (they’re played by genre veterans Patrick Wilson and Vera Farmiga—excellent together). In real life, Ed and Lorraine were a husband-wife team of paranormal investigators. They traveled around the world looking into alleged hauntings and possessions, opening numerous famous cases like the Amityville Horror and the Perron Family haunting (the latter is portrayed in The Conjuring). Of course, their work is controversial, but one of the triumphs of The Conjuring is how it sets Ed and Lorraine upon a serious and dimensional spiritual foundation. They do this because they believe actual souls are at stake. It’s spiritual warfare at its most literal, and while the demonic threats might be real, Ed and Lorraine counter the darkness with legitimate faith in Christ.

The best scenes in The Conjuring show Ed and Lorraine doing their boots-on-the-ground investigative work around the Perron estate. They pull out all kinds of gadgets and microphones and sensors, and it’s great fun—really—to watch them hunt for the demon, like if an episode of Ghost Adventures took place in the ’70s. Of course, these scenes become the scariest scenes, because—no surprise here—the demon shows up and starts doing awful and terrifying demon things, but The Conjuring is one of the few movies to turn a haunting into a cat-and-mouse game, and while that’s certainly tense, it empowers Ed and Lorraine (and the family they’re serving) to battle those hell forces, which is a rare tone in a scary movie.

With that hope, however, comes consequence, and this is The Conjuring’s best card to play in the faith-movie conversation. Lorraine Warren is a medium, and much of the investigation sees her communicating with the demon to try and understand its origins. This link takes a toll, however, and every time Lorraine engages with the supernatural, she loses a small part of herself. This dynamic injects the battle against the demon with cost and servitude. It weighs Ed and Lorraine’s mission with meaning beyond “let’s debunk the spooky stuff.” If defeating these threats is worth the losses, then the threats have to be taken seriously.

In that way, The Conjuring is one of the few exorcism-centric movies that takes the supernatural at face value; it really views it from a faithful perspective, and treats the battle as a pair of Christians would treat it. Inviting the viewers to buy into that battle in turn is special and, in a movie this effective and smart, relatively easy compared with the ask that comes with something like God’s Not Dead. Ed and Lorraine’s story is—literally—about sacrifice and suffering for the sake of saving people’s souls. We’re nearing gospel territory, and we’re not reaching. Better yet, we’re arriving there organically, not through a blunt agenda or hacky Newsboys commercial.

Faith is not simple and, for that reason, almost never cinematic in practice. Christian movies, then, never feel like real-life, what with their narrative convenience and us-them undertones. So it’s ironic that The Conjuring’s extraordinary premise still has room for two of the most dimensional Christian characters in recent memory, within a gripping and consequential story to boot. These characters stand against an evil far more threatening and intimidating than a crass professor or dismissive family member. This story matters.

In The Conjuring, terror causes people to question what they believe, but when the characters face down those terrors and find a faith stronger than they knew before, the movie becomes something hopeful. That feelings leaves you walking out of a haunted house movie convicted and strong, even encouraged. This isn’t just a scary movie. It’s testimony. So much for the devil’s work.

10 Years Later: ‘The Dark Knight’ Is Still the Most Important Superhero Movie Ever