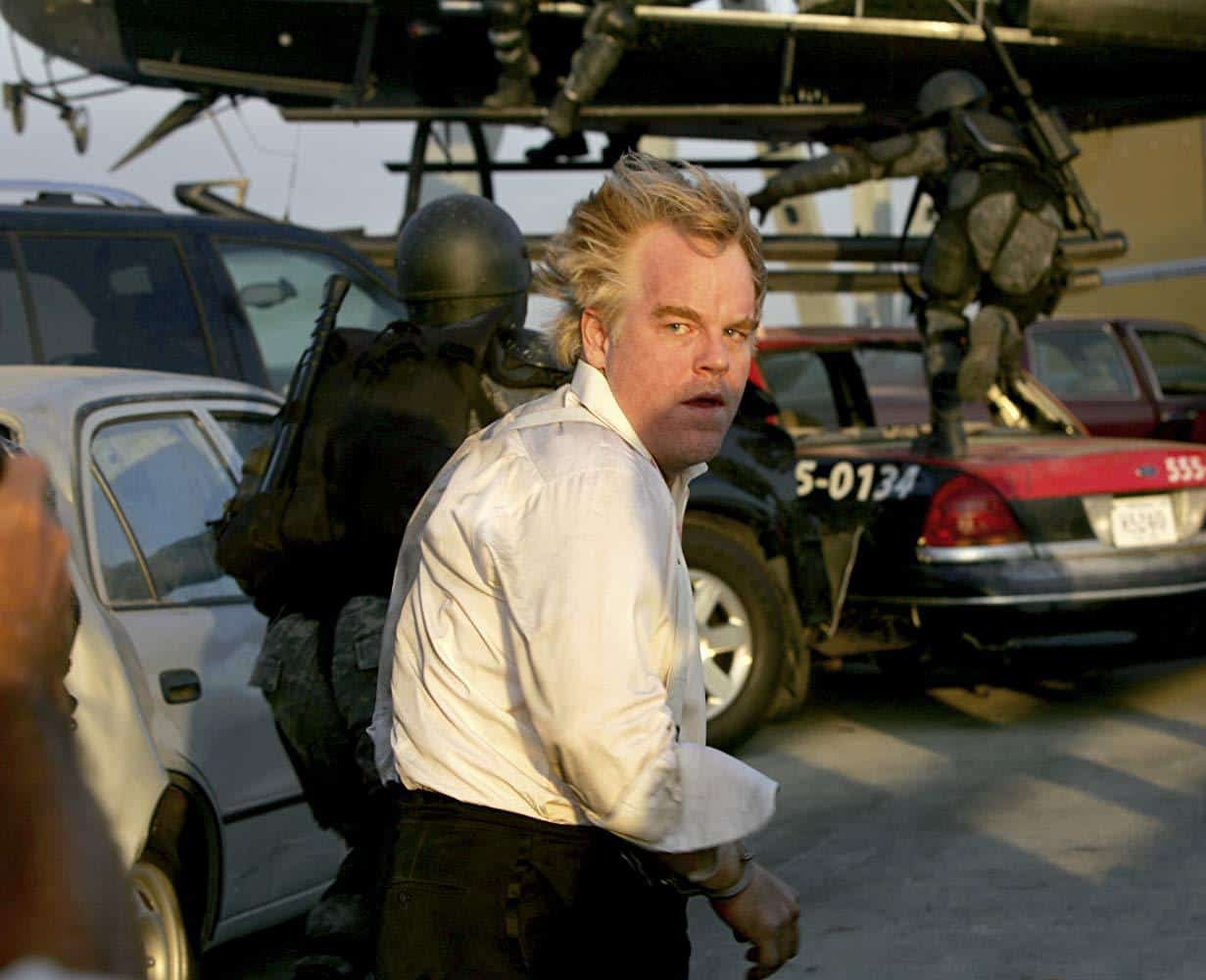 Hear Me Out is when RELEVANT writers drop their hottest, most searing, surface-of-the-sun hot takes.

There are three things you may not remember about Mission Impossible III.

1) Aaron Paul is in this film! He plays Michelle Monaghan’s brother and is still in the “starring in Saturday morning commercials” phase of his career.

2) There’s a Kanye West song over the end credits! He wrote it specifically for the film, and it’s jarring and out of place, because it’s a rap song and this is a Tom Cruise movie.

3) This movie isn’t as good as you remember! The Vatican break-in is kind of boring, the women all exist either to take a bullet or be eye candy (or in Maggie Q’s case, both) and the requisite “Holy crap! Tom Cruise just did that” action scene—the high-altitude skyscraper invasion—pales in comparison to the tour de force “faulty glove” scene in Ghost Protocol.

So why do you remember this movie being better than it is? Because Philip Seymour Hoffman turns in one of the all-time great villain performances, that’s why. Seriously, the menace Hoffman exudes carries this film. Look at the work he does in the opening scene.

You see? This intro makes me want to sit down and watch the movie all over again, and I just watched it last night. Credit to J.J. Abrams for using non-linear storytelling to make us ask questions, but about 80 percent of our compulsion to keep watching is because Owen Davian just made Ethan Hunt look like a chump, and we’ve never seen that before.

Ethan throws every trick he has at Davian—begging, threatening, cajoling, charming, reasoning—and they all bounce off Davian’s disinterested eyes. Davian is not your prototypical Bond-style spy-movie villain. He isn’t going to monologue about his amazing plan. You only do that to impress someone, and Davian does not need or want Ethan’s respect. You can see it in Davian’s bored sneer: Ethan is beneath him. Hoffman turns up his casual disinterest to an 11, like an apex predator surprised a lesser animal has challenged him, and he does it all with body language, tone and facial expressions.

Look at the script of this scene. Hoffman isn’t given much to work with. Most of his lines are boilerplate movie-villain tropes, but even so, he makes counting to 10 the most terrifying act humanity is capable of. Hoffman takes a generic, underwritten part and terrifies us.

The Spiritual Tension of Andrew Garfield

Hoffman zigged with his performance where most actors zag. Think of the iconic movie villains: Hannibal Lecter is brilliant, well-educated and mannered. The Joker is frenetic, witty and philosophical. Hans Gruber is polite, reasonable and intelligent. They are all evil, but their evil comes with an aura of sophistication. Evil, in these roles, is seductive, but that’s rarely true in real life, where evil is mundane and its actors uninteresting.

Think of philosopher Hannah Arendt, who went to the Nuremberg Trials looking for a monster and found a bunch of bureaucrats instead. Arendt coined the term “the banality of evil,” suggesting that evil isn’t seduction and sophistication and charm. Rather, evil empties humans of a soul, leaving them hollowed and deadened.

This is the brilliant realization in C.S. Lewis’s space trilogy, in which the literal devil incarnate puts on a guise of reason and sophistication only to devolve into a petty monster that would prefer to vivisect frogs over engage in philosophical debate. In The Screwtape Letters, Lewis’ head demon says evil cannot invent anything new, only take what’s good and destroy it. To paraphrase Jerry Seinfeld in regard to his nemesis Newman: “I’ve looked into his eyes. There’s not more there—there’s less.”

This is why Hoffman’s Davian belongs as one of the all-time great villains. There’s nothing compelling or charming or erudite about him. He’s just a brutal, inhumane wrecking ball who can’t be reasoned with. He doesn’t care about all the trivialities and decencies of human existence. He’s just mean and driven and pitiless.

You would never watch the movie and feel seduced by Davian, but that makes you fear him even more, because evil’s banality makes it more terrifying, not less.