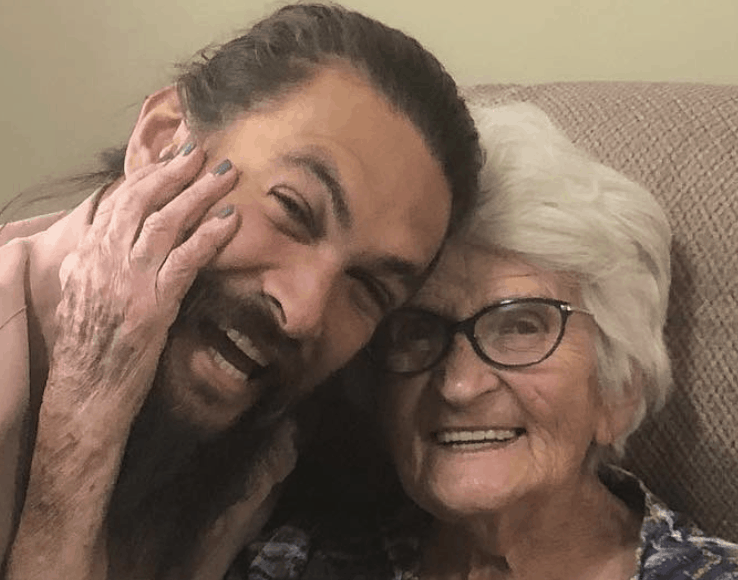 In Aquaman, Jason Momoa plays Arthur Curry, the rightful king of Atlantis who returns to his undersea kingdom to claim the throne from his corrupt half-brother. But in life, Momoa is a man of the people.

Admittedly, he’s a very big, very hairy man of the people, but he’s still not above mingling with the common folks, even when he’s literally above them: flying to Iowa to visit his family.

While Momoa was born in Hawaii and still spends most of his time there, he was raised in a small town just outside of Des Moines.

When heading back to see his family in the lower 48, Momoa can certainly afford to travel in style (his movie just hit the billion mark globally), but for his most recent trip, he flew coach with the family, because Momoa knows who made him a star, and his connection to them comes first. Behold his extremely chill hangs with the proletariat via Momoa’s own Instagram feed.

Mahalo everyone for making #Aquaman the number one movie in the world. I love you guys. I’m so proud of this movie and everyone that worked on it CHEEEEEHUUUUUUUU ??? Aloha j

That’s how you do it. Of course, once there, Momoa documented his time with his grandma and the rest of the family, because Mrs. Momoa raised a good one.

As for the rest of his family, Momoa has been in a relationship with Lisa Bonet since 2007, with whom he has two children. Bonet is the mother of Zoe Kravitz, whom she had while married to Lenny Kravitz. This means that Momoa is Zoe Kravitz’s stepfather. Lenny Kravitz, in the meantime, was briefly engaged to Nicole Kidman, who in turn plays Momoa’s mother in Aquaman!

Just a reminder that even for global superstars, family can be complicated, which is maybe the most relatable thing about Momoa of all.

Are You Prepared For This Month’s SUPER WOLF BLOOD MOON?!