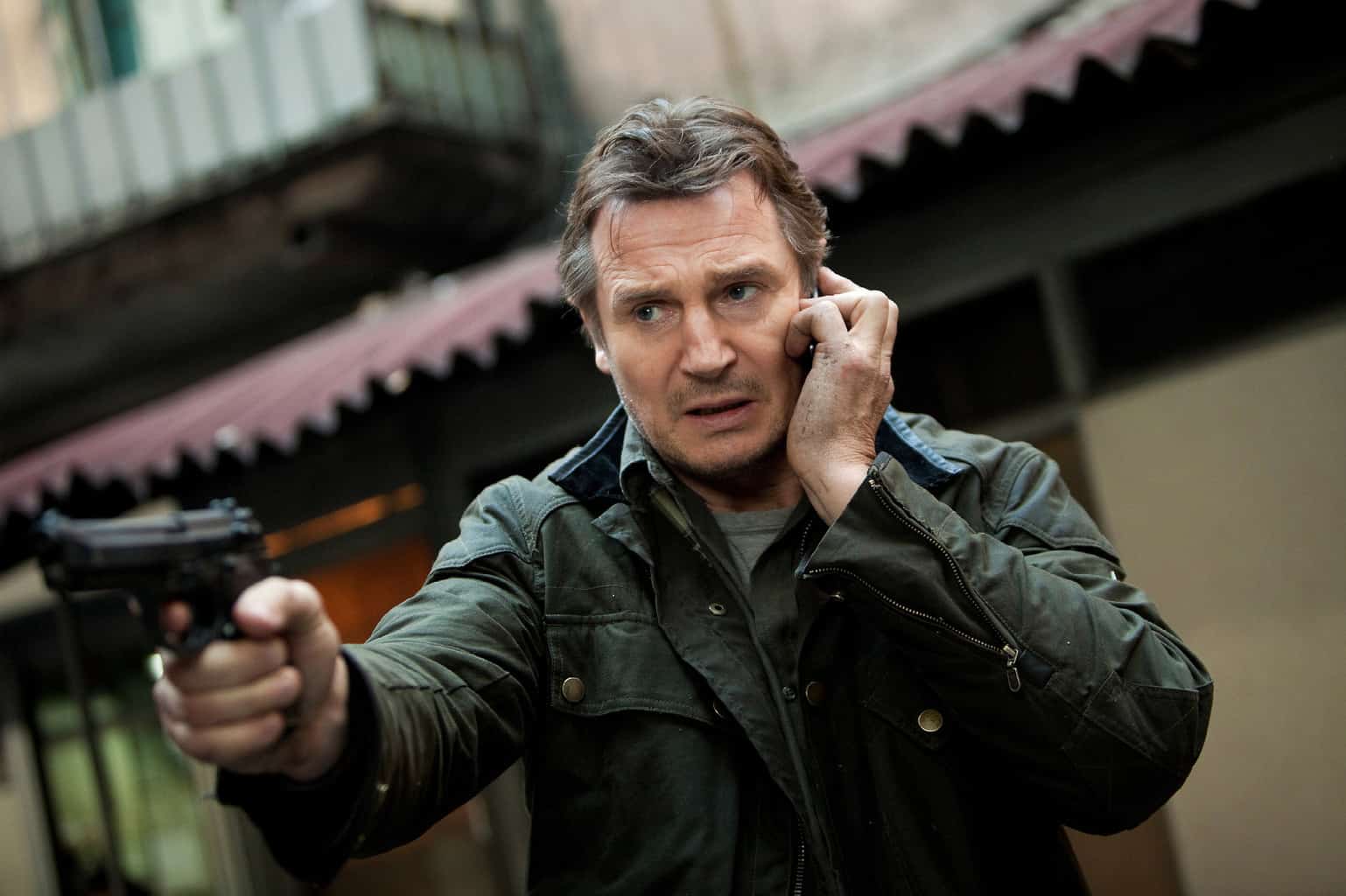 Liam Neeson’s breakout role came when he was 43 years old, in 1993’s Schindler’s List. Since that leap, he’s assumed the mantle of Hollywood’s grizzled veteran, becoming a legitimate action star well into his 60s. This Friday, he’ll punch a lot of faces in The Commuter. It’ll be fun.

That action-hero arc has taken Neeson across many different roles, each as no-nonsense and skillful as the last, but when those roles are put up against his dramatic parts, like those in Ethan Frome (1993), Gangs of New York (2002) or Silence (2016), it can be tricky to determine which Liam Neeson role is the greatest Liam Neeson role.

The only solution: Make all the Liam Neeson characters fight, and see who wins.

Liam Neeson has 119 acting credits on IMDB. That’s too many for this exercise, so we’re going to pare things down to his most essential parts. That means we’re throwing out everything before Schindler’s List and honing in on his significant late-career roles. Here’s what’s left:

Dang. That’s a lot of heavy-hitters. You have some skilled gunmen, a monster, a couple priests, a Greek god and Aslan all scrumming it up in there. Oh, and I should mention this fight is to the death. Liam Neeson doesn’t pull any punches; he goes in and takes some names and you know what, if he has to cut some throats, that’s what he’s going to do, dangit.

Bryan Mills, Hannibal and Michael McCauley immediately kill each other. All the Taken Neesons and the Taken-adjacent Neesons just shoot each other in the head simultaneously. Their skill sets (and movies) cancel each other out.

Meanwhile, Aslan mauls Father Ferreira to death. I know! Shocking that Aslan could kill a man of the cloth like that, but let’s be honest, Father Ferreira wasn’t gonna last long. Have you seen Silence? He looks like he barely even lifts in it.

Valjean is decapitated by Godfrey de Ibelin because he’s also a prisoner, and thus kind of falls into the same lack-of-muscle thing as Ferreira, but then Godfrey is killed by Priest Vallon. In Kingdom of Heaven, Godfrey dies from an arrow wound. In Gangs of New York, Priest Vallon dies from being stabbed a bunch of times by Daniel Day-Lewis. That’s a cooler way to die than an arrow wound, so he has the edge.

It should come as no surprise that Ra’s Al Ghul tears Daniel from Love, Actually limb from limb. Ra’s Al Ghul has been alive and training in mystical assassination techniques for more than a thousand years. Daniel has hooked up with his stepson’s teacher. Case closed.

Things take a swerve when Qui-Gon Jinn lightsabers the Monster into a thousand pieces.

Right away, Aslan eats Oskar Schindler. A ways away, Qui-Gon Jinn lightsabers Priest Vallon, but then Zeus kills Qui-Gon with lightning. Priest Vallon didn’t have long for this fight; he didn’t even survive his own movie. Same with Qui-Gon, and Zeus did him dirty because, as we all know, Jedis can’t really hang when people break out the lightning.

Nearby, Matt Scudder and Ottway team up to kill Ra’s Al Ghul. Unfair, you say? There are no rules in a Liam Neeson fight. Plus, Ra’s Al Ghul, if we’re being honest, never was up to much in Batman Begins anyway.

Zeus thunderbolts Aslan right through his lion heart. Just absolutely crisps him up, but then—this is going to blow your mind—when Zeus turns his back, Aslan comes back to life and kills Zeus. Man, what a twist. Zeus’ body looks like it went through a cheese-grater, which is a symptom of a lion ripping you in half with its bare claws.

Oh, but then, Ottway kills Aslan. This makes sense, considering how in The Grey, Ottway faces down a bunch of man-eating wolves. He does it by shivving them with a bunch of broken bottles and jabbing them with primed shotgun shells, too. That’s what he did to Aslan. Aslan doesn’t have a face anymore. Gonna be a closed-casket funeral for Aslan.

Let’s take a closer look at Ottway and Scudder (spoilers coming for The Grey and Walk Among the Tombstones):

Ottway works protection for an oil company. He spends his days shooting wolves that attack the workers, and his nights drinking. He’s a tragic figure. When he survives a plane crash, he must learn to channel his loss and grief toward a singular will to survive. It’s Neeson’s greatest performance outside of Schindler’s List, no question.

Matt Scudder is a private investigator. He spends his days working cases and his nights at AA meetings. He’s a lonely figure. When he’s met with a brutal serial-killer case, he must come to grips with his past crimes and accept himself as a man capable of redemption. This is Neeson’s most unappreciated role across his entire career, no question.

The real Liam Neeson is an actor. He quit a heavy smoking habit in 2003, and he lost his wife to a fatal skiing accident in 2009. He cuts a hardened, battered figure. When he aged into his 50s and 60s and his career took a turn toward thrillers, he had to turn from the dramatic roles he couldn’t hold down and assume a career path marked by ferocious, cunning and powerful roles. Since that shift, The Grey and Walk Among the Tombstones are the two parts that encapsulate Neeson most as a man, no question.

In both movies, Liam Neeson faces explicit external conflicts: wolves that kill and men who kill. Also in both movies, Neeson faces implicit internal conflicts: The emptiness he feels after the death of his wife and the seduction he feels by the evil around him. The beauty of each movie, and the reason their two main characters are left standing in the Great Liam Neeson Fight of 2018, is how they each leave Ottway and Scudder redeemed in purpose. Ottway finds a reason to hope again, and Scudder finds a reason to no longer be alone.

Liam Neeson isn’t all face punches and threatening phone calls. The man has a real-life story that can be glimpsed inside his movies, and that adds a dimension to what’s already been a deep and successful career. The Grey and Walk Among the Tombstones offer a parallax view into their protagonists; you’re watching Liam Neeson play two great characters, but you’re also watching Liam Neeson play himself.

So who wins the fight between all the Liam Neeson characters? It should be obvious by now. The answer is Liam Neeson.