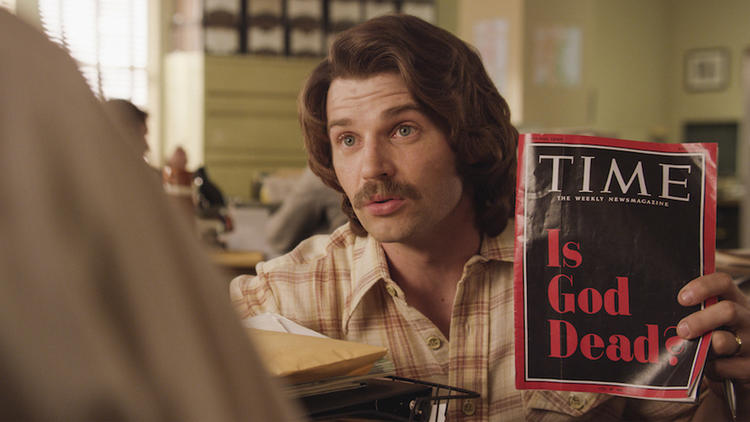 Look. Pure Flix, the angelic film studio behind the God’s Not Dead franchise, has never really been for the film critics. Their movies make money hand-over-fist, but they aren’t exactly Schindler’s List.

Just take a look at their oeuvre over on film review aggregation site Rotten Tomatoes. God’s Not Dead 2 pulled in 9 percent, while its predecessor clocked in at 15 percent. The Sean Astin-starring Do You Believe? got 17 percent and the studio’s most critically beloved entry, Old Fashioned, got 20 percent (mostly thanks to a surprisingly positive review from RogerEbert.com).

Now, to be fair, the movie is in limited release and only has 10 total reviews aggregated right now (by contrast, The Fate of the Furious has 81) but, hey, seven of those 10 ratings are positive and a fresh rating is a fresh rating.

Joe Leydon at Variety called the movie “intriguing” while the Huffington Post‘s Jackie Cooper said it was “well made and well acted.”

Even the film’s negative reviews aren’t awful, with the AV Club‘s Vadim Rizov calling it “tedious” but admitting that it’s “easily Pure Flix’s most superficially credible production to date.” Noel Murray at The Los Angeles Times also wasn’t much of a fan, but wrote that we should “give credit to the filmmakers for making a faith-affirming picture that aims to be more thoughtful than maudlin.”

The Case for Christ, as you’re probably aware, is based on the true story of Lee Strobel, a Chicago journalist who set out to disprove the biblical account of Jesus and ended up doing the total opposite. The movie stars Mike Vogel (Blue Valentine) and Erika Christensen (Traffic).

Kendrick Lamar Wrestles With God and Fame on His New Album