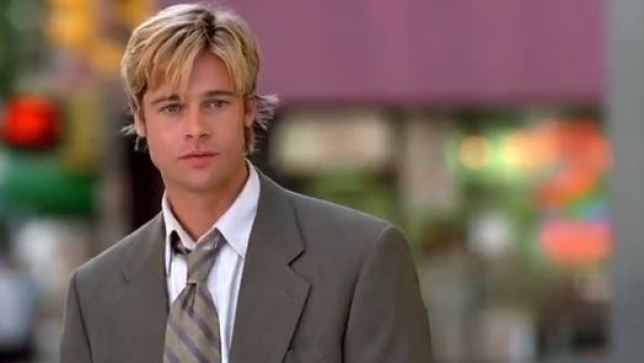 Meet Joe Black was a 1998 snoozefest notable mostly for a stacked cast (Brad Pitt, Claire Forlani and Anthony Hopkins) and …well, now one more thing. Over on Twitter, Rose O’Shea has uncovered what most assuredly is the most insane 60 seconds ever committed to film, a minute of cinema so gobsmacking you can’t quite decide if it’s a feat of mad genius or a misfire of untold proportions. If you were around in the 90s, you know the one we’re talking about and its burned onto your brain folds as if by a cattle brand. If you weren’t, nothing can possibly prepare you. Behold!

This is the most bonkers one minute of a movie that I have ever seen pic.twitter.com/wjRxHlIBO4

The replies are stacked with folks trying to wrap their minds around what they’ve just seen and, of course, mining the whole thing for maximum meme potential.

There were some other observations too, like that one extra who makes a double appearance.

My favorite part of this clip is the extra who crosses behind Brad Pitt two separate times. pic.twitter.com/xrhX0AF6WL

What else happens in this movie? Well, it’s 181 minutes long and according to Wikipedia involves the personification of death falling in love or something? It’s all a little confusing but suffice to say, the Wikipedia entry wildly undersells the scene in question, summarizing it thusly: “the man is struck by multiple cars in a possibly fatal accident.”

Review: ‘Mary Magdalene’ Is a Faith Movie that Will Actually Challenge You

The Last Female Giant Softshell Turtle Has Died, Leaving Only Three In the World