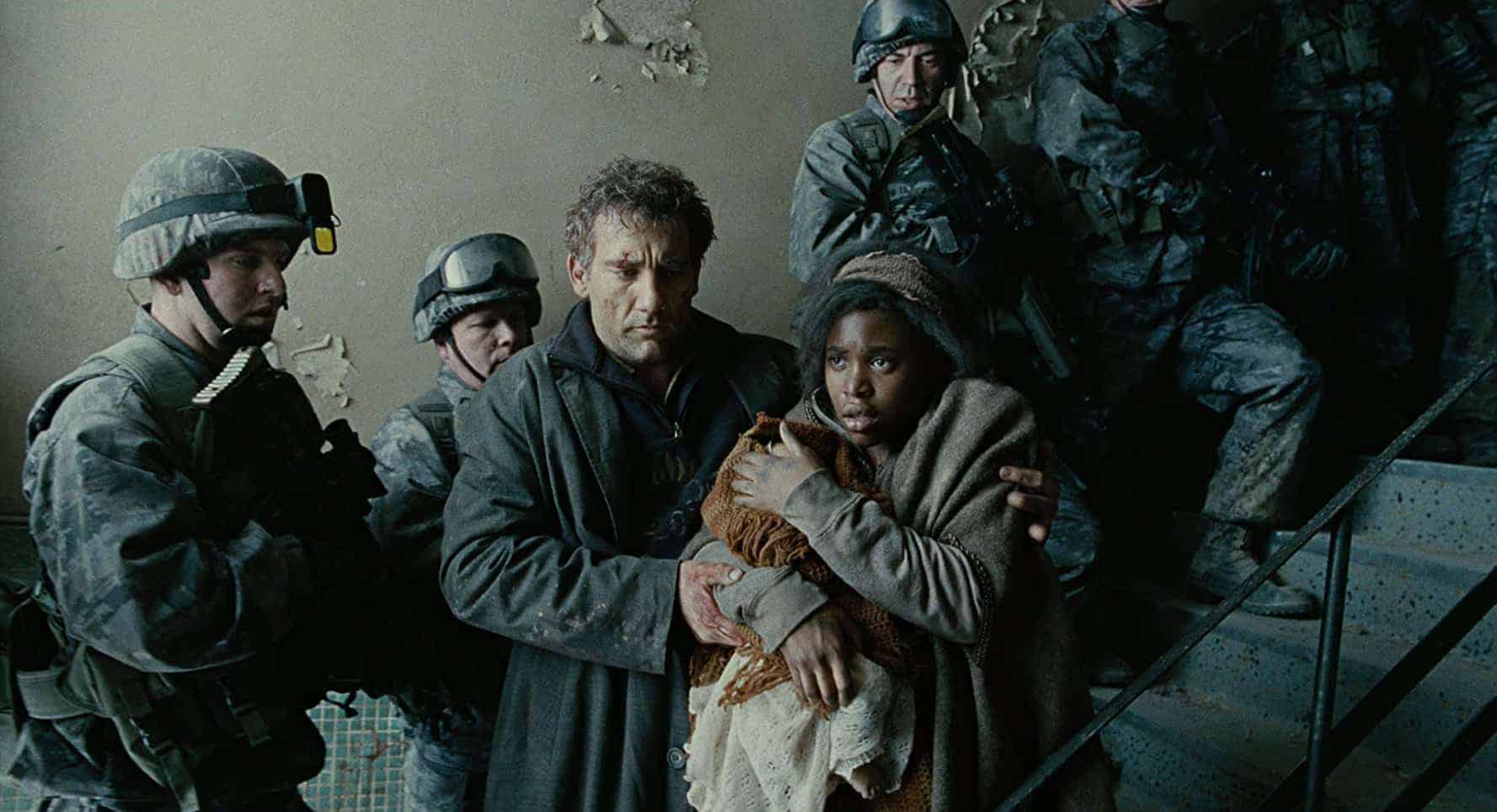 As the holidays near, the Netflix library is expanding in some unconventional ways for the platform. As the streaming service looks to enter the Oscars race, its rollout of prestigious original series is slowing down in favor of some high-profile original movies. Below, you’ll find a few of those alongside some classic pictures and a few of our favorite returning series.

Some call this one of the greatest movies of the twenty-first century, and whether you agree with that high praise, we’ll at-minimum endorse Children of Men’s note-perfect performances (Michael Caine is still under-appreciated for this movie), dazzling cinematography and haunting vision of mankind’s decline. The opening scene is unforgettable. The ending is gorgeous. Everything in between will knock you backward. Put this at the top of your list.

Cooking a nice dinner for someone special around the holidays? This breezy flick will continue the mood nicely into the entertainment portion of the evening. Pairing the great Amy Adams with the greatest-of-all-time Meryl Streep, Julie & Julia is bright, energetic and full of passion. We hope your dinner feels that way, too.

Every now and then, as a parent, you have to sit with the whole family and turn on a classic just to make sure your kids aren’t growing up totally uncultured. Steven Spielberg’s Close Encounters of the Third Kind is a first-rate science fiction movie, an alien movie with just as much heart as E.T., but with twice the visual splendor and none of the creepy drunk scenes. Plus, it has that incredible music from composer John Williams.

Few dramas in the past 30 years have aged better than Good Will Hunting. The all-time performance from Robin Williams deserves eternal recognition, but really, the movie from top to bottom has earned its place as a classic. Matt Damon, Ben Affleck and Casey Affleck are fresh and authentic-feeling, and their emotional arcs all feel true-to-life and stirring. Hunting is proof you don’t need explosions, costumes or even an existing brand to put out a really good movie.

The political drama returns for its final season this month without series lead Kevin Spacey. Instead, Robin Wright assumes (rightfully—in our minds she’s been better throughout the show) the central role of Cards, tackling fourth-wall duties with gusto and chewing up lines and spitting them out with as much villainous contempt as her disgraced husband. House of Cards has gone off the rails a bit in recent years, but with Wright taking charge, there’s an opportunity for a dignified finale.

This medieval epic has an outside shot at a couple trophies this awards season, with Chris Pine taking on a meaty lead role as Scottish king Robert Bruce. Expect lots of Braveheart-style battles, sweeping shots of the green Scottish countryside and plenty of muttered oaths in front of a fire. If you’ve been looking for something to meet your need for an old-fashioned capital-p Prestige movie, this might be your best bet this fall.

The most charming and endearing food show on TV returns to Netflix this fall after airing in Britain over the summer. Longtime fans of the series were worried the new hosts and judges of season five would shake up British Baking Show’s unique atmosphere, but the least-competitive competition on food TV remained as happy, exciting and watchable as ever. We can’t wait to see what bakes come out of the oven this time.

The Ballad of Buster Scruggs (November 16)

Though it had a bit of a troubled production, the new movie from the Coen Brothers carries all their typical quirks. It’s sad, comic, winking and of course all-around well-made. A collection of six unrelated short films, Buster Scruggs has some highs and lows, but it’s beautiful to look at from start to finish, and has one of the most loaded casts of any movie this fall. James Franco, Zoe Kazan, Brendan Gleeson and Liam Neeson headline, but don’t forget about Tim Blake Nelson in the title role. He will set you up and knock you down in this one.

One of the best and most influential documentaries of the modern age returns to Netflix in time for Thanksgiving. About a world-renowned sushi chef and the various legacies he leaves in the wake of his perfectionism, Jiro Dreams of Sushi combines beautiful food footage with some of the loveliest human moments to be seen in a documentary. Because it finds such a fascinating subject and because it treats that subject with so much detail, Jiro ends up being about much more than a restaurant. It’s lovely.

Outrage: Starbucks’ New Holiday Cups Do Not Explicitly Say ‘Jesus Christ Is the Reason for Christmas, HIS Birthday’