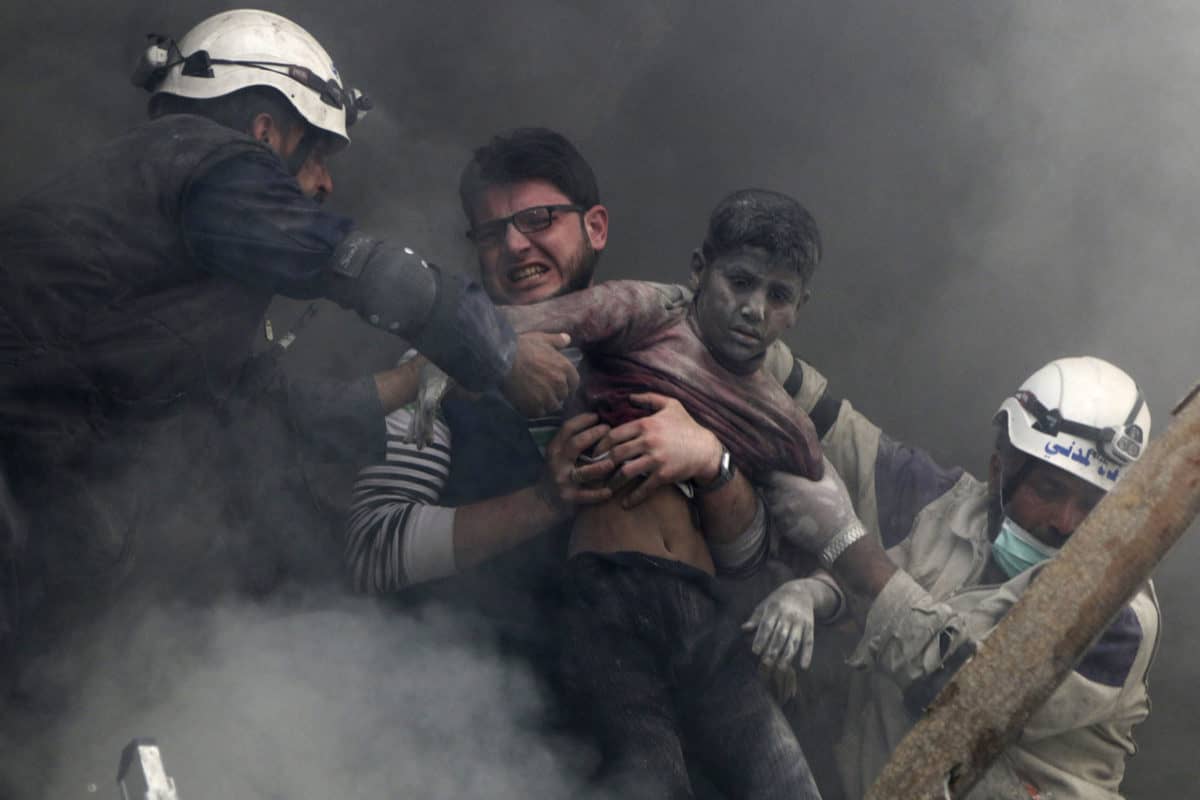 The glories and triumphs of certain Marvel movies aside, this season at the movies tends to see a reluctant rollout of all the dullards that studios weren’t confident to release around the awards-centric holiday window and aren’t excited enough about to put alongside their big-ticket blockbusters during the summer. So, this time of year, it’s best to stay in and watch something streaming at home.

If you’re looking for a boost to power you out of winter and into spring, especially now in the heart of Lenten season, these Netflix movies all carry inspiring or significant messages, prevalent themes or ideas that will compel you off your couch and out into acts of service. Try one, think about it, then go out and do something about how you feel.

Living On One Dollar

Since 1.1 billion of the world’s citizens live on less than a dollar a day, four college kids embark on a journey to Guatemala where they attempt to do the same. This documentary follows them as they contend with the harsh realities of poverty. Unable to pay for unexpected expenses, they are forced to bargain with vendors and connect with locals to gain advice on how they manage to live this way. The filmmakers tackle this subject with an earnest honesty about privilege that lifts the documentary far beyond the topic of poverty.

If you’ve written off the 2015 Best Picture winner, there isn’t a better time to give it a shot. Spotlight encounters the #MeToo and #ChurchToo movements without a hint of melodrama. The movie, about the Boston Globe reporters who uncovered an ingrained history of sexual abuse in the Catholic Church, is mechanical and worthy, but it’s the pre-credits text, that lists city after city after city where abuse instances have been reported, that will shake you down. For a movie about old-fashioned people in an old-fashioned industry, Spotlight has never felt more urgent.

Amid today’s dietary climate of fad diets and special restrictions, it feels revelatory to experience a documentary series that comes to the defense of food, plain and simple. Food writer Michael Pollan explores the origins of man’s most basic culinary staples—grain, roasted meat, gathered vegetables—and advocates for cooking that preserves an integrity for the planet and a sense of joy in the body. In these mini-movies, food connects us to the Earth in a literal way, and it compels you to think of your relationship with food as something harmonious, serving and cooperative, rather than dependent and abusive.

In this 2016 American documentary by director Ava DuVernay, we explore the intersection of race, justice and mass incarceration in the United States. Titled after the Thirteenth Amendment to the United States Constitution, which freed the enslaved and prohibited slavery (unless as punishment for a crime), DuVernay focuses on the fact that the nation’s prisons are disproportionately filled with black people.

A Plastic Ocean begins when journalist Craig Leeson, searching for the elusive blue whale, discovers plastic waste in what should be pristine ocean. In this documentary, Craig teams up with a free diver, Tanya Streeter, along with an international team of scientists and researchers. Together, they travel to 20 locations across the world over four years to explore the fragile state of our oceans, uncover alarming truths about pollution and reveal solutions that can be put into immediate effect.

Here’s the elevator pitch for Okja: A young girl has this pet, which is sort of a pig/cow/hippo hybrid, but it’s going to be experimented on by this giant corporation to use as livestock, so she has to save it. OK, it’s not the most accessible thing at a glance, but Okja is packed with things to say about animal rights, capitalism, monopolization and even refugee crises. It’s all wrapped up in a fun, feel-good package that will move you to love a giant pig-hippo-cow, and maybe make some changes after the credits roll.

Please Donate to My Summer Missions Trip to Wakanda!