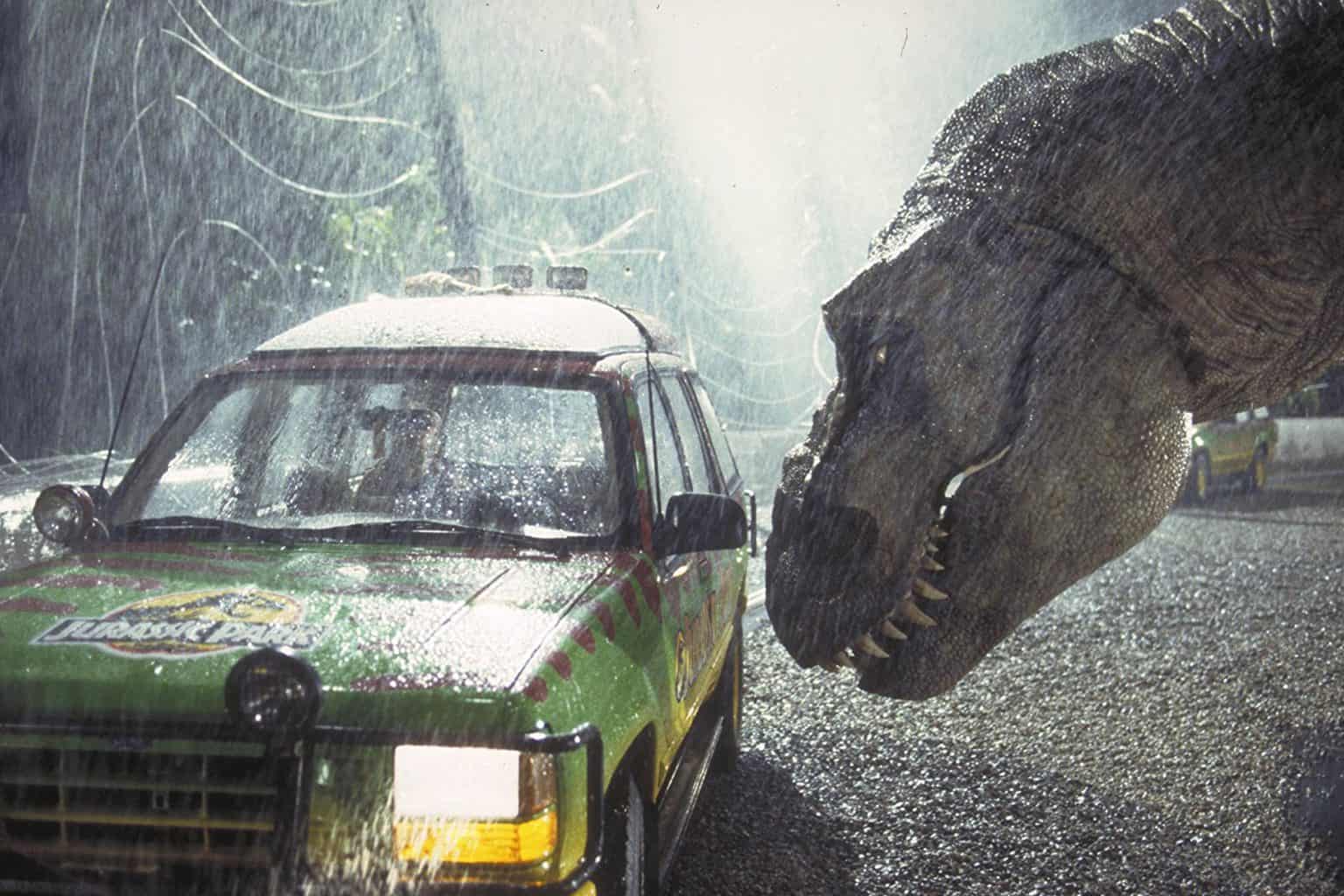 A quarter-century ago, Jurassic Park changed the way we watch movies. The highly anticipated adaptation of Michael Crichton’s popular book hooked moviegoers on the promise of seeing dinosaurs brought to life on the big screen using new, revolutionary technology. But behind all the fancy tech, Jurassic Park gave us far more than eye candy. It reminded us why we go to movies in the first place.

For decades, audiences have flocked to theaters in search of movies with magic, especially during the hot summer months. These are the films that inspire wonder of the craft and provoke curiosity for the next generation of filmmakers. They’re made to truly “wow” us with spectacular action and tantalizing effects we don’t often see from the prestige pictures. People of all stripes sit together in cool theaters to escape into crowd-pleasing adventures, and Jurassic Park continues to be the standard for these shared experiences.

Jurassic Park goes a long way on its technical wizardry alone, but audiences had been dazzled by these advances before. Terminator 2: Judgment Day advanced what was possible with CGI back in 1991, two years before Spielberg put a T-Rex in an amusement park. What made Jurassic Park special was in how it weaved different, inventive technologies together (both CGI and animatronics) into a series of relentless, mesmerizing set pieces, each of them worthy of being their own thrilling climax in a lesser movie.

Even if wonderful effects were all Jurassic Park had to offer, the movie would have probably been enough for most people, at least at the time. But we don’t connect with movies so superficially. The technology onscreen allowed for us to believe in director Steven Spielberg’s world, but the writing is how Jurassic Park truly sucked us in and never let us go.

When it comes to narrative, Jurassic Park spared no expense. Granted, there are cartoonish caricatures, specifically when it comes to the bumbling Nedry (played by Wayne Knight). But even his exaggerated arc contains thematic purpose. His visions for the dino-park illustrate the scope in human error when trying to control nature for the sake of profit. It’s a lesson that parallels how Jurassic Park itself inspired a litany of CGI flops in the subsequent decade, especially within the “disaster” genre. (Remember when Armageddon and Deep Impact came out within a month of each other?)

Some of these flops had dazzling special effects, sure, but they didn’t invoke wonder. They didn’t invite our empathy, or give us a chance to better understand the minds of others and competing ideas for how we approach science and the environment.

One of Jurassic Park‘s truly best rewrites from the original book, in fact, is its revised treatment of John Hammond (played by Richard Attenborough). In Crichton’s novel, Hammond’s tragic flaw was greed, and he wasn’t very sympathetic or nuanced as written. He simply wanted to make money off of the park, and it was clear from the get-go that his penny-pinching would be his undoing.

But in the movie, Hammond’s vision is harder to villainize. The Hammond we see onscreen is introspective and conflicted, yet still confident that what he is doing is right. Much like a real person, he has dueling motivations for creating the park in the first place. Yes, he claims to have good intentions, and a deep understanding of how technology can improve the world. But he also recognizes the opportunity for profit, and before we even arrive at the movie’s thrilling second act, Hammond’s worldview is challenged and deconstructed at length through one of the most memorable scenes in recent film history, the oft-quoted “Life finds a way” speech by Jeff Goldblum’s Ian Malcolm.

Jurassic Park isn’t just any ordinary, passable blockbuster. It’s the sort of film that constantly surprises and invites repeated viewings. Not everyone fully adores Jurassic Park, but because the film is packed with a cohesive blend of multiple genres, anyone can glean something unique out of the experience. If you find the brainy tour of the park somewhat boring, you might find yourself on the edge of your seat during the T-Rex sequence. If you find the suspense of the raptor scenes a bit too horrific, you still have wonderful moments of light humor sprinkled throughout to give you a break. It really is one of our better “crowd-pleasing” movies, in that none of these disparate ingredients fail to serve the whole. Anyone can take away something meaningful from this multi-dimensional story.

All said, Jurassic Park is exceptional in every quality worth attributing to movies with magic. It was and remains a technical marvel with a rich legacy. It reached mass appeal and earned a huge take at the box office. It’s arguably better than the source material. Most importantly, Jurassic Park goes beyond the blockbuster blueprint sketched by Jaws and perhaps perfected by The Empire Strikes Back, thanks to the dino movie’s innovative story structure and a simple, effective, thematically-rich premise. It might be our best summer movie ever and will likely stay that way long after we forget about those lackluster sequels.

Quiz: How Much Do You Know About Love, Money and the Links Between Them?