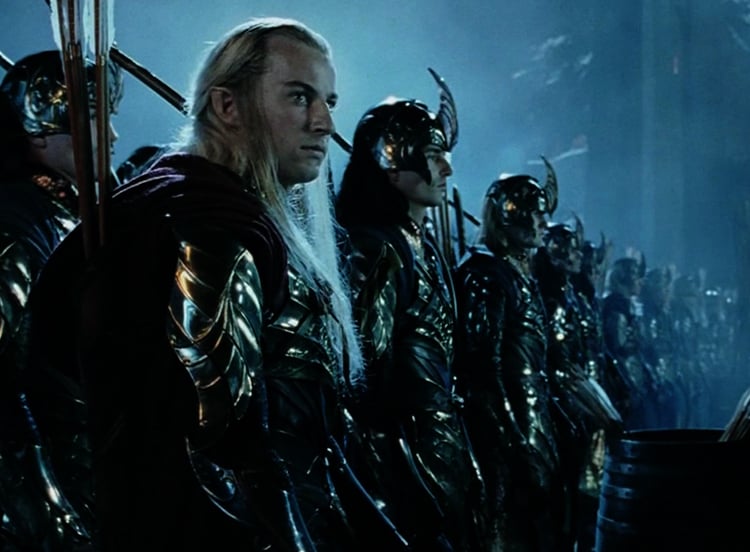 Why Mary Should Matter to All Christians

The battle at Helm’s Deep is the 40-minute war scene that serves as the climax for Lord of the Rings: The Two Towers. It was cut from 20 hours of footage, which, in total, took 120 days to film (by comparison, the entirety of Star Wars: The Last Jedi took 110 days to film). In other words, it took about a month of work to make 10 minutes of Helm’s Deep. Ten years later, you can still feel every ounce of that effort. It’s a spectacular, and still unmatched, cinematic sequence.

Helm’s Deep is heralded as one of the greatest battles ever put into a movie. Its scale is off the charts, its emotion is legitimate, and the dual mechanics of its showmanship and storytelling never clash. Really, the greatness of Helm’s Deep reflects the greatness of the Lord of the Rings trilogy as a whole. The battle’s technical mastery, sweeping spectacle and tonal balance double as the legacy for the series itself.

It can be argued, even, that Helm’s Deep is actually underrated in its achievement. For one, 75 percent of the shooting was done at night, often amid nonsensical weather. Much of the rain you see in the movie is natural, and when it’s not, it’s man-made, with thousands of gallons of water being dumped atop the thousands and thousands of on-screen characters. Those people are almost all real stand-ins, by the way, a long shot from today’s shortcut computer-generated armies. When the crew had to record the battle cries of all those real people, they did their audio sessions in stadiums. To film a war, the Two Towers crew pretty much created one.

It’s a far cry from what most studios were doing at the time, and bafflingly, it would be a far cry from what studios would do in the future (more on that later). The precision and sophistication of the Helm’s Deep operation, and the Rings trilogy as a whole, brought an emphasis to practical effects that Hollywood was sort of phasing out. Back in 1999, The Matrix had blown everybody’s minds with its computerized visual effects, and what followed was a sort of digital arms race to see who could put the most realistic-looking-but-actually-fake whatever into their movie. But Rings, under director Peter Jackson, zigged when everyone else zagged. They found spectacle in sheer numbers rather than digital wizardry.

Helm’s Deep didn’t capture the biggest visual effect of its time, but it probably captured more actual stuff than 99 percent of movies had before or since. The Lord of the Rings series carries its award-winning prestige because of this old-fashioned approach: Only make with computers what we can’t possibly create in real life. The movies hold up well because of that approach, too. Helm’s Deep persists today because its tactics made it effectively un-age-able.

The linchpin of the battle, though, and what makes it such a benchmark in movie history, is how it serves Two Towers beyond just being something cool to look at. As the major players clash on the battlefield, they change. Theoden, King of Rohan (the good guys at Helm’s Deep), begins the battle cowering behind the walls of his stronghold, but as the Uruk-hai (the bad guys) breach the gates, he rediscovers his leadership prowess and rides out, sword aloft, to enter the battle himself.

It’s the culmination of an arc that began nearly three hours of movie ago, and the aftermath of this courageous stand would color Theoden’s character for the rest of the series. There are more examples, but the point is that Helm’s Deep made an impact on its participants, and thus had ripple effects in the Two Towers’ story. When what’s on screen has consequences, it becomes real to the audience, and that lends Helm’s Deep a real sense of emotion and investment. It makes you care what happens.

For contrast, consider another movie fight scene that many would point to as “epic:” the airport fight among the Avengers in Captain America: Civil War. It’s a neat scene with some cool moments, but amid the fighting, none of the major characters are forced to confront their deepest conflicts, so it feels a bit inconsequential. War Machine might need physical therapy for a bit and Black Widow might have swapped sides, but with all due respect to ScarJo and Don Cheadle, Civil War is really about Captain America and Iron Man, and this battle doesn’t do anything to move their conflict forward. It’s a fun, but fleeting, scene. There isn’t anything to invest in beyond “What cool thing are the superheroes going to do next?”

Civil War seemed to realize this, too, because that airport fight quickly devolves into a one-on-one match between Captain America and Iron Man. That fight actually matters. These guys have been the crux of the whole movie, so this showdown literally pits one man’s beliefs against the other’s, and that makes it count. The airport was just superheroes flying around being funny at one another; Iron Man vs. Captain America was taking us to the movie’s conclusion and changing the characters.

Civil War’s blueprint is a good litmus test for how giant set pieces have been constructed since Helm’s Deep. Both movies had near-limitless budgets and extraordinary technical prowess, but only Two Towers supplemented its visual spectacle with actual stakes. Hollywood operates on a “more is better” thesis now—more explosions, cameos and costumed heroes—but that forgets the more essential half of the Helm’s Deep experience. Any movie can make something look epic now because computers are just that good, but it’s still rare that something on the scale of thousands can still make us care on a scale of one.

And while that limits Helm’s Deep’s impact and legacy, it does continue to distinguish it as one of the all-time battle scenes. The Two Towers leverages its awe-inspiring war choreography to generate lasting moments of feeling, in which the losses strike a chord and we ourselves ebb and flow with the tides of battle.

Lord of the Rings is a marvel of craft and perhaps a masterpiece of scale, but for all its excellence, it isn’t impossible to duplicate. That makes the singularity of Helm’s Deep feel like a travesty, and its permanence feel earned.ft

‘The Last Jedi’ Is the Ultimate Sci-Fi Myth

On Its 20th Anniversary, We Ask: Is Titanic Actually Good?