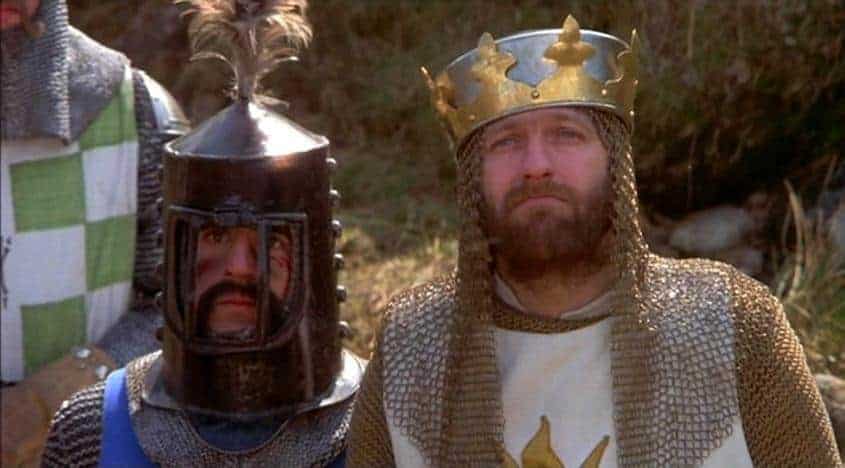 Thanks to a bunch of legal things we’re not sure we understand, the turn of each calendar year always means a bunch of fresh riches on streaming services. Netflix has unearthed a bounty so plentiful this January that a list like this is bound to leave off some gems. Not listed here: The Departed, Solo: A Star Wars Story, Ant-Man and the Wasp, The Punisher – season two, Watchmen, Happy Feet and City of God. Whew.

Why’d we spend some extra time with these movies below as opposed to those gems up above (seriously, City of God is a freaking fantastic movie)? Well, these movies and shows below are moods. They’re feelings. That’s what we’re about this year. Let’s start the binge.

It’s a New Year’s Resolution in a TV show! Marie Kondo’s book has been boiled down to the now-famous mantra of “if it doesn’t bring you joy, throw it out,” but her Netflix show about organization, structure and folding t-shirts contains even more goal-driven goodies. Have you ever thanked your closet? After some time with Marie, you will!

A Series of Unfortunate Events (1/1)
While the children’s book series from Daniel Handler/Lemony Snicket lost steam in the home stretch, the same can’t be said for the show, which ends with some of its best episodes to date over the course of three solid seasons. This is an intro guide to weird TV, with eclectic characters, costumes and set design bursting from every frame. The story is bizarre, but you’ll keep up. A strange, bittersweet delight through and through.

All Three Indiana Jones Movies (1/1)
Sorry, what’s that? You say there’s a fourth Indiana Jones movie? Don’t be silly, there’s just three: Raiders of the Lost Ark, Temple of Doom and Last Crusade. Those movies all rock (we even ride for Temple of Doom’s weird spookiness, because the action’s still cool and the heart-ripping is kinda rad). Good thing there’s no other movie that ruins the franchise!

There’s nothing like sitting back and watching a dang good movie. Hell or High Water is set in an overlooked part of the country, resides inside a weary genre and features a collection of actors that, in tandem, make no sense: Chris Pine, Ben Foster and Jeff Bridges. It all works. It’s a heist movie, it’s a neo-Western, it’s a buddy movie and a deep family drama. It rocks. The ending is amazing, too.

Pan’s Labyrinth (1/1)
Ditto here. One of the best foreign movies of the past 25 years. Guillermo del Toro’s fantasy epic is a lot more than monsters and mysticism. One of the great parables of our time, too.

The Boy In the Striped Pajamas (1/1)
Because sometimes you want to cry.

Monty Python and the Holy Grail (1/2)

Because sometimes, after you’ve had a good cry, you want something that’s going to make you laugh really, really hard.

American Crime Story: The Assassination of Gianni Versace (1/17)
One of the best limited series out there returned from its terrific post-OJ Simpson glow to bring a lesser-known story to light. It was way better than expected, with Darren Criss delivering an award-worthy performance and Ryan Murphy’s glitzy glamorous style heightening the narrative to unexpected effect. This one you can rip through in a weekend.

If you want your kids to find something new to distract themselves from Paw Patrol or whatever weird child star is gracing the Disney Channel these days, they can do much worse than globe-trotting and time-trotting spy Carmen Sandiego. They’ll like her nifty red coat and slick gadgets. You’ll probably appreciate her hair and maybe the fresh take on Carmen herself, who has here been recast as sort of a noble thief who steals ancient artifacts to keep them safe from thieves with less salubrious intentions.

Unbreakable Kimmy Schmidt: New Episodes (1/25)
Speaking of cartoons, few live-action sitcoms capture the spirit of that bright, joyous medium more than Unbreakable Kimmy Schmidt. Ellie Kemper’s mole-person-turned-real-world-thriver show is as sunny as ever, and this final run is sure to send things off on a wave of positive vibes.

The Incredibles 2 (1/30)
The long-awaited return of the coolest superhero family in movies did not disappoint last summer. Pixar’s latest doubled as one of the best action movies of 2018, with Jack-Jack vs. The Raccoon and Elastigirl’s exhilarating bike chase giving stunt-heavy flicks like Mission: Impossible – Fallout a run for its money. Plus, how can you not feel good about the strong themes of unity, cooperation and familial sacrifice? This one’s a crowd-pleaser.