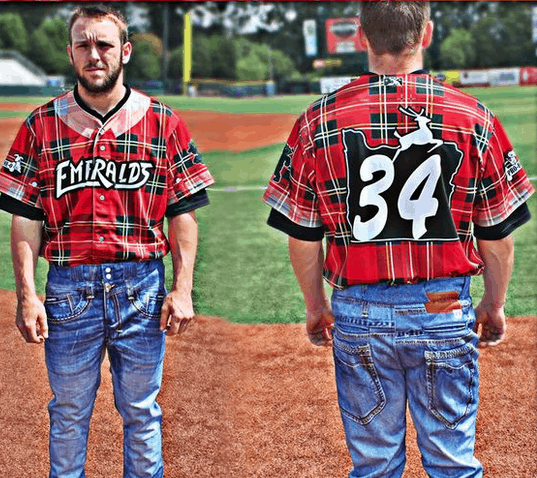 Minor league baseball team the Eugene Emeralds are soon going to wear custom uniforms made to appear like skinny jeans and a flannel shirt, inspired by the TV comedy Portlandia. They are spectacular. Seriously, look at those things. If you are fortunate enough to be in Eugene on August 27, the team is hosting “Portlandia Night” at the ballpark, where the game-worn jerseys will be auctioned off after the game. We have no idea why the player modeling these killer threads looks so glum, because those crazy-pocketed pants are a work of uniform art.