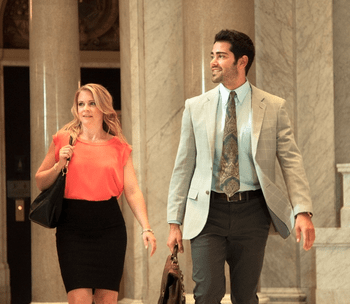 Ready or not, a sequel to God’s Not Dead is coming. Bafflingly, the sequel to the 2014 faith-based drama will not be called God: Still Not Dead. God’s Not Dead 2: He’s Surely Alive will star Melissa Joan Hart and Jesse Metcalfe, and, according to a press release, the movie will feature “a story that could easily be pulled from today’s headlines.”

In the movie, Joan Hart plays a teacher who finds herself in trouble with a “zealous civil liberties group represented by an attorney with no love lost for God” after she shares her faith in the classroom. Thankfully, she is able to team with “a sympathetic and charismatic defense lawyer (Metcalfe).” The first installment in the God’s Not Dead franchise wasn’t a critical favorite (it has a 16 percent on Rotten Tomatoes), but managed to take in more than $60 million at the box office on a $2 million budget.