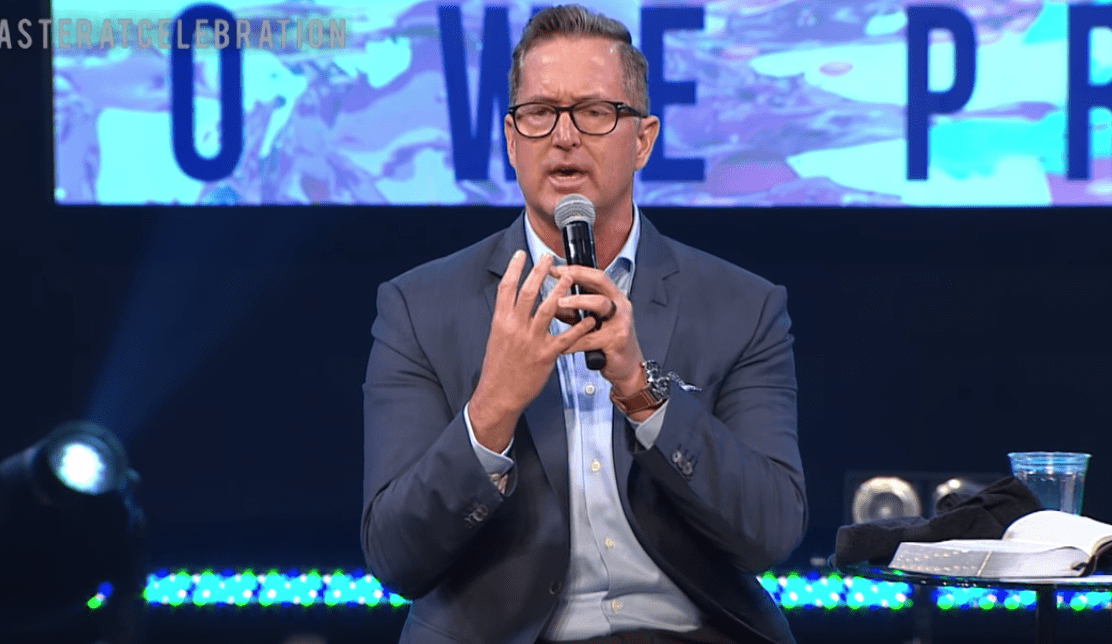 This weekend, Stovall Weems, the pastor of Jacksonville’s Celebration Church—which has a membership of 12,000—decided to forgo a sermon in favor of an on-stage interview with his wife Kerri. He told his church that on Friday, Jesus Christ appeared to him at a church service.

He prefaced the discussion by saying, “I want to talk to you about the experience I had Friday night, where I met and I saw our risen savior. Now listen, listen, I understand the consequences that come with making a statement like that, OK? I have been walking with God for 28 years. Our church … we’ve been here in Jacksonville for 20 years; nothing like this has ever happened to me. I think the longevity and integrity of our ministry speaks for itself.” He also added, “When I’ve heard someone said they met Jesus or they saw Jesus, immediately my ‘weird antennas’ go up. I understand that.”

He went on to explain that on Friday evening, Jesus appeared to him. He described details of the encounter including what Jesus looked like. He said, “He was wearing a white garment. He had brown hair.”

He also said, “He didn’t look at me, I never saw the front of his face.”  Weems also described his personality and even His audible voice.

Weems reiterated that it was the “person of Jesus,” not an internal voice that he heard.

The sermon has caused some controversy online.

You can see more of the sermon below.