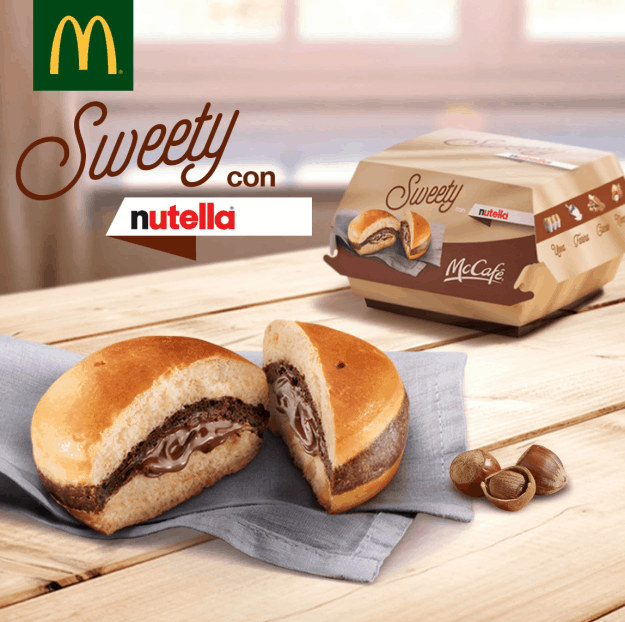 There is a rising trend in fast food chains pairing some of their savory food items with candy.

Last month, Taco Bell announced they were adding a quesadilla stuffed with Kit Kat bars to the menu at some of their U.K. locations.

There hasn’t been much reported on the success of the Kit Kat Chocodilla, but something must be working because one of the fast-food competitors recently announced they would also be adding a chocolatey treat to one of their main menu items and we are *thrilled*.

Last Thursday, McDonald’s released an advertisement saying they are now offering a “Sweety con Nutella” sandwich at some of their Italian locations.

The sugary burger was described as a dessert sandwich made of Nutella spread between two buns and served in a burger box.

There’s been a good deal of hype around the Sweety con Nutella and though the burger has been widely well-received, there are still a few people who seem skeptical. The only thing we’re questioning is why all of these good eats haven’t made their way to the U.S. yet.

Maybe Burger King has something up their sleeves. Who’s to say? We only hope the buzz around the Nutella burger will result in it coming to America soon and very soon.

7 Non-Negotiables In Every Relationship

Listen to Lana Del Rey Honor Leonard Cohen With a Cover of ‘Chelsea Hotel No. 2′