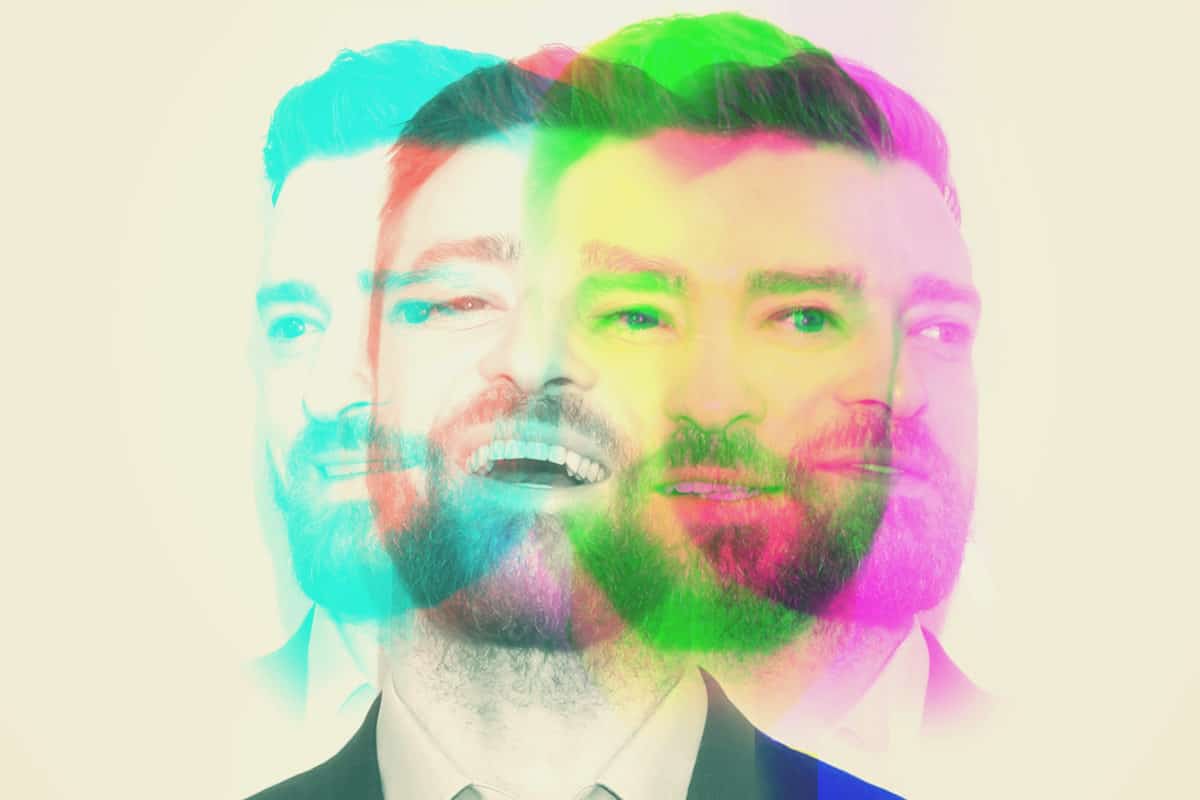 By any measurement, Justin Timberlake is one of the most versatile and multi-faceted entertainers we have in popular culture. He can be suave, seductive, hilarious, edgy, controversial and, thanks to all the eyebrows and questions that arose after the announcement of his new album, Man of the Woods, somehow surprising.

Man of the Woods looks to offer a new version of Justin Timberlake. Gone are his suits and his ties and his shiny shoes, and in their place are flannels and jeans and boots that might just have a touch of mud on them. JT’s been in our musical lives for about 20 years now, but we’re still seeing new editions of the man. He’s like the iPhone of pop music, except he’s hard to break and his updates don’t make your mom call you with a bunch of questions (if your mother does call you whenever Justin Timberlake does something, that would be a reason for concern, especially in regards to your father).

Being the latest Justin Timberlake chapter, Man of the Woods imminent release compels us to look back on the man’s career. He had highs, certainly, and a few lows, tragically, but in each phase of his celebrity life he was flexing different muscles, different modes of expression, and different aspects of his talent. These are the Many Faces of Justin Timberlake.

Baby Justin Timberlake coincides largely with JT’s time in NSYNC, but it’s important to note that NSYNC actually became a band in 1995. From 1995-1998, JT existed as Fetus Justin, an unknown and extraordinarily dependent thing. It wasn’t until NSYNC rose to American prominence in ‘98, with the release of “Tearin’ Up My Heart,” that Justin Timberlake was truly birthed into our consciousness and took his first tiny steps toward stardom.

When No Strings Attached came out in 2000, it marked Baby Justin’s first words. He fronted the album’s two lead singles, “Bye Bye Bye” (NSYNC’s best song) and “It’s Gonna Be Me” (JT’s best song with NSYNC), forever solidifying himself as the band’s premiere, preeminent member. He was goofy and confident and youthful and sprightly, and his push within the band meant that the “favorite member of NSYNC” debate suddenly had a correct answer. Baby Justin was growing up quick, and it wouldn’t be long before he began to pull away from his boy-band family.

Packed with songs you always forgot were on this album, JT’s first solo record, 2002’s Justified, marks the emergence of a more teenage Timberlake, artistically speaking. Justified sprawls with an entire spectrum of cocky-young-superstar emotions.

Sometimes it wants to party (“Senorita”), sometimes it wants to chase girls (“Rock Your Body”) and sometimes it’s deliciously petty (“Cry Me A River”). Everything on Justified circles back upon Justin himself, coiling around his personal and romantic life and squeezing them for all their musical worth. It’s an okay, kind of whiny album that has a few moments you’ll cling to for the rest of your life, which is pretty much the adolescent/young adult experience anyway.

Moody Justin went beyond Justified, though. He was caught crying on MTV’s Punk’d in 2002, and he’d spend much of 2003 trying to pass off his R&B vibes on tour, sometimes with Christina Aguilera, sometimes with the Black Eyed Peas, sometimes with McDonald’s hamburgers (really). He was all over the place. In 2004, he finally made his Big Young Person Mistake.

Much has been said of Scandalous Justin’s clean exit from this incident. He came out the other side of it with nary a spot on his record, opposed to Janet Jackson’s now-inseparable proximity to the whole occasion. Ironically, JT is probably facing more heat for this now, in light of his return to the Halftime Show, than he did as Scandalous JT 14 years ago. This is the nadir of Justin’s career, but somehow, he’d follow it with his zenith.

Scandalous Justin was scrumming around in bad movies and Black Eyed Peas (yeesh, what’s with the Black Eyed Peas affiliation, JT?) when he finally decided to pull his act together. In September 2006 he released his second solo record, FutureSex/LoveSounds, and rocketed toward the undeniable, undebatable summit of his artistry, charisma, power, and popularity.

The hits would be hits if they came out this very second: “FutureSex/LoveSound,” “My Love,” “LoveStoned/I Think She Knows,” “What Goes Around…Comes Around,” “Summer Love.” They’re all 12 years old but they feel so futuristic that there isn’t really anything else like them even now. The album is so self-encapsulated and singular that it doesn’t even have imitators, only adjacent knockoffs. Then—man—“SexyBack.”

Dangerous Justin showcased his final form on “SexyBack.” It’s a perfect song, and Dangerous Justin is the perfect man to perform it. The song unites the redemption arc that propelled FutureSex/LoveSounds with the album’s distinctive production (shoutout Timbaland) in a way that imprints Justin Timberlake forever as a man who can do anything. That potential gave him an edge that felt frightening and elusive, but also a prestige that made his presence blinding and unmissable. Dangerous Justin washed away every memory of Scandalous Justin, for better or worse.

The moment Swaggering Justin emerges is the moment he steps on screen as Sean Parker in The Social Network. It was JT’s first lauded acting role, and even though he’s never reached the same level of aplomb in a performance since, this part always made it seem like JT could go back to that level if he wanted to, and that’s all that matters.

Swaggering Justin did whatever the heck Swaggering Justin wanted for three years. He rapped with Jimmy Fallon, he hosted SNL, he charmed his way through rom-coms alongside Cameron Diaz and Mila Kunis. There was nothing imprinting or permanent about Swaggering Justin, but that’s okay, because Swaggering Justin’s main function was to be dynamic. He never stayed in one place very long, but by this point JT at-large was such an important cultural figure that his mere presence gave something importance. These were the easy years.

The hair grew. The glasses and bow ties appeared every now and then. The music strove for greater heights instead of greater breadth. With The 20/20 Experience, Justin Timberlake began leveraging his culture power to position himself as a Gatsby-type figure, with all the influence and none of the dissatisfaction. The sexual overtones were turned way down and replaced by a sweeping, strings-centric ballroom aesthetic. The 20/20 Experience was positioned as something more than an album. It encompassed a live show, a concert film (Justin Timberlake and the Tennessee Kids—it’s on Netflix, and it’s excellent), a “Part 2 of 2,” and a slate of glamorous music videos.

Distinguished Justin was, in fact, distinguished because he wasn’t all about the person of Justin Timberlake. He was about an atmosphere, and he curated that atmosphere to an exquisite degree. The days of flexing different muscles just to prove he had them were over. He had done it all. It was time sit to atop the mountain and reflect on the journey skyward.

And that’s what makes Present Justin Timberlake so compelling as a musician, artist, and celebrity. It’s likely his best days are behind him, but he still holds an energy that enables him to make fresh, exciting music. We thought Man of the Woods would be a strict country turn, but then “Filthy” came out, and threw everything back in a tumble-dryer of speculation. JT’s ahead of us on this one. He always was.

Present Justin Timberlake doesn’t have an identity yet beyond the aftermaths of the JTs who came before. He’s still youthful, sporadic, complicated, formidable, and stately. Man of the Woods could be a prism of all these Justins. It could refract them, or focus them, or scatter them to places far afield of the nightclubs and concert halls we’re used to living in on a JT song.

Or perhaps, Man of the Woods will add another face, a New Justin. That possibility is precarious, but it’s also deserved. Reinvention in entertainment is a privilege and a risk, and no one leverages that privilege, or calculates those risks, better than Justin Timberlake.

Jim Caviezel: The Shocking ‘Passion’ Sequel Will Be the Biggest Movie of All Time